We’ve got some very good news coming soon! The long wait is finally coming to an end.

In the meantime, here are some new images.

But wait, do the large white letters have a damage model? 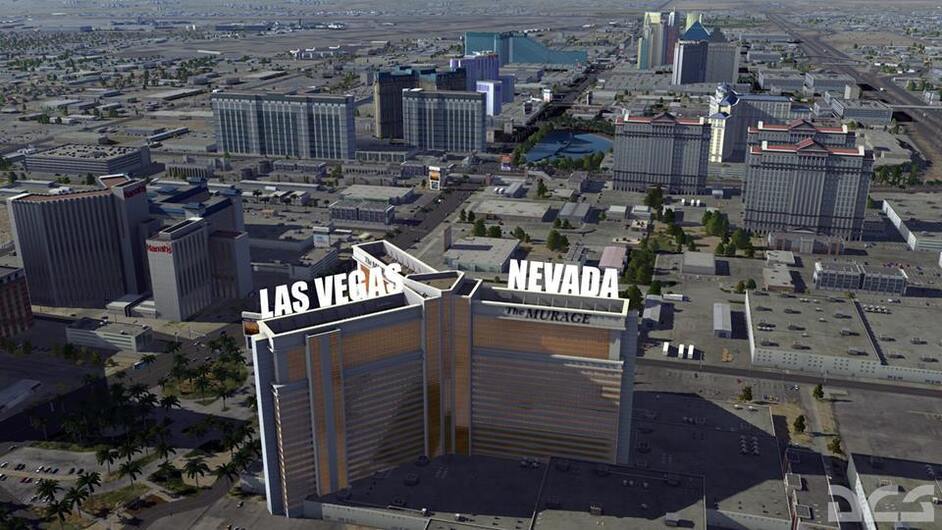 Ah man, this is good to see.

do the large white letters have a damage model?

Lookin’ great! The future is bright!

That’s what Combined Arms is for. Because ladies love armor plating.

Some of those places in Vegas, I’d feel safer with a Hazmat…

Ok Guys here is my question: How difficult would it be to expand the Nevada map, or even create a new basic map for proof of concept testing? Using the Black Sea map in Satellite view as an example. ED has modeled certain areas in high detail, and further out the detail fades until basically just open grass land with a few vector based shorelines and rivers are the only detail visible. It is my understanding that the Nevada map is done essentially in the same way. As Users and Modders, is it possible to add detail to these detail less areas? In the case of the Nevada, is it conceivable that the bland featureless area be expanded all the way out to include more of the California coastline, and there by giving the Aircraft carriers a place to roam in that map as well? -Woog 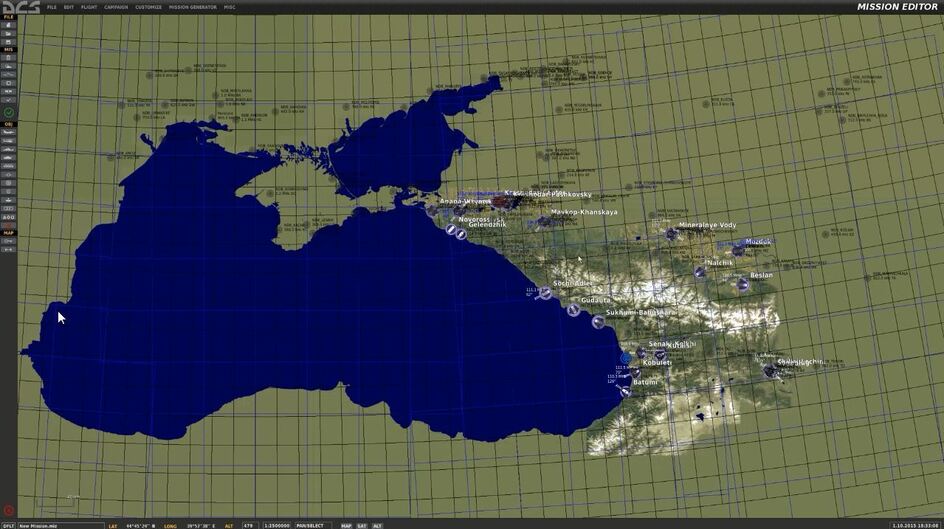 Without being overburdened with actual knowledge of how DCS does this

I imagine it would be possible but start to get into ‘very large storage’ and ‘hard work’ territory. If the bubble of what renders around you is detailed then that’s going to be a lot of mesh info and repeated textures/objects. The main constraints would be on (a) all the effort to go manually define it, i.e. map SDK work by artists and builders and (b) storing all that info on disk and distributing it online (given that the current NTTR is something like 25 GB already?).

So basically I think the use of 64-bit, paging/tiling of the mesh and levels of detail make it all doable, but it starts to get into a big amount of data to keep around and do.

Just my 2 cents, I don’t really know though. I think that the Map SDK bits are planned just for partners rather than an end-user tool as well.

Black Sea just wont be touched, purely because ED has a new way of doing things, BS, even though it looks great its old tech.I would like to see updated objects and such, probably not by ED though, they have lots of other cool stuff they need to focus on… I would love to see them accept new models and such for BS, but I cant see putting too much time into it, the terrain itself wont get any better besides what we have seen.

Expanding NTTR and new maps, probably very possible, but it comes down to this, do you want to expand into surrounding states, or do you want to go to a new part of the world. Is the surrounding areas interesting enough to offer an upgrade? It would also be the decision of who hold the native files, I don’t think there is a way to dig into compiled maps. I think possible if ED was approached by a map team and they said they would like to expand one of ED’s new maps that might be something the would consider, but I am not sure.

So yes and no?

Both great viewpoints to consider gentlemen. Thank you for your input. While I have high hopes that the Nevada map will eventually include both Tonopah and Edwards, I do not expect any more than that from E.D. With the the AV-8B, A-7D/E, and F-14A/B all being actively worked on, It is my hope that Nevada eventually becomes the “SWUS” map. (South West United States) Then Miramar, Lemoore, and Yuma could all be included, which would give all the birds a home. As a secondary benefit, we would gain a coastline, and possibly Channel Islands with oil Platforms in between.

IMHO, the memory storage issue is becoming less of a concern, as P.C. Memory keeps getting cheaper and cheaper. For example, I probably have almost a Terra-byte of scenery and aircraft that I have purchased for FSX over the years. I will buy every map that comes out for DCS. More importantly, I hope to contribute to the expansion of our beloved DCS World. -Woog

If they ever model Edwards - I’ll personally fund an FC3 level “High Desert” mod that adds the X-1 and X-15.

They’ll have to do Mud Lake too though…

Maybe we can get XTreme Prototypes to start developing for DCS World.

You know, you can do anything you want in a private server. I mean the map is a test and training range right? An X-1, and an X-15 mean a tall tail B-52. That in turn is an airframe that needs to be in SIM for Vietnam era stuff even if it were just ai.