Coming in the fourth quarter of the year (allegedly)… 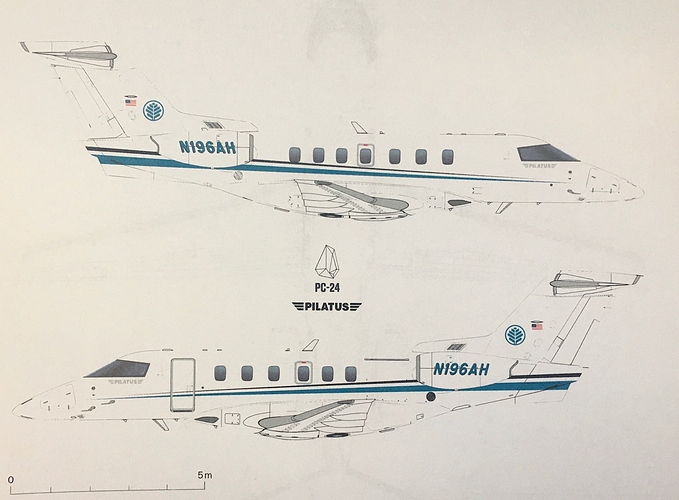 That’s really exciting! Looks like a very nice flying machine. Will you be flying single pilot? (Almost certainly not but who knows?) Will this replace either the King Air or Citation or just an addition to the fleet?

I’ve been pretty hyped by all the flying videos I’ve seen of it online. I have yet to see one in person. They have one just down the road from us in Rock Hill, SC - so I need to make my way down there and check it out in person.

Will you be flying single pilot?

No, we will still be flying two pilots thankfully. It is just so much more safe and sharing the workload is a big bonus. I do hope we get a single pilot type rating in it though - that would be nice. After a thousand or so hours maybe I can apply to the Royal Flying Doctor Service (we always said we could retire down there). Not sure how they (the aviation scene) like ex-pats down there though.

Will this replace either the King Air or Citation or just an addition to the fleet?

We don’t know yet. There is talk about retaining at least one Citation and perhaps making it an organ procurement plane. There is also talk of getting something bigger like a Sovereign or Gulfstream 280. I’ll believe that when I see it though. Personally, I’d love to see us have a fleet of PC-24s and King Air 350s. We go to a lot of places that suit the performance of the King Air. A lot of the decisions are still up in the air…but we are definitely getting the PC-24s.

If that doesn’t sound completely dystopian I don’t know what does.

If that doesn’t sound completely dystopian I don’t know what does.

Is “harvesting” worse? We’ve used that term too…

I can apply to the Royal Flying Doctor Service (we always said we could retire down there). Not sure how they (the aviation scene) like ex-pats down there though

I’ll throw this to the Mudspikians from down under…I read somewhere that one cannot immigrate to Australia above the age of 35.

I don’t know about the specifics of Australia but most places have employment visas and permanent residence, that lets you live/work somewhere without full immigration. The job visas tend to have very specific categories for certain jobs in high demand (they are desperate for flying doctor services etc), so if you secure a position then the age things matters less. (joke: when at their passport control, if they ask if you’ve ever committed a crime don’t say ‘I didn’t realize that was still a requirement’, as they don’t laugh)