Well Black Foot Studios tactical shooter, Ground Branch, is still in pre-alpha after many years but a new update released recently has made this a game one to watch, or buy and play now because the price is going up after the next major update, so I heard.

Anyway, I broadcasted a intro video, and uploaded to my You Tube channel. The first 20+ mins is the boring intro part, mainly going over the insane customization especially with the weapon platforms, I spend more time at the range then I do in missions, it’s that great…

BUT, if you don’t want to watch all that, watch the last 5 mins when I do a solo mission… insane fun, intense, and warning bad language, lol.

So if really intrested… here’s a hour of co-op missions… only 2 of us, it was tough, things did not go as planned… a lot of bad language, which both of us rarely do in games. OK, maybe not rarely, but we try not to. lol

Thanks for the heads up Magnum. I’m pretty impressed with this latest update. Playing on a 55" 4K screen with graphics set to Epic is real nice. Shooting is great and sound is great too. Reminds me of Ghost Recon. Here’s me quickly jumping in with the default loadout at the same point you jumped in … 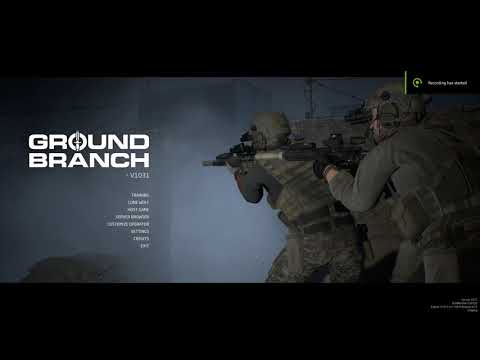 BTW, you can use your Freelook key to look down at your wristwatch compass to get general direction.

Grizzley and I have been playing a lot lately… he’s in Sweden, so our main play time is Noon to 4 PM Eastern, (weekdays), if anyone else is intrested… would be nice to have at least 4, 6 would be best… comms required, either in game or we through up a steam chat.