Starting to show some real potential…

And some interesting AH-64 WIP shots… 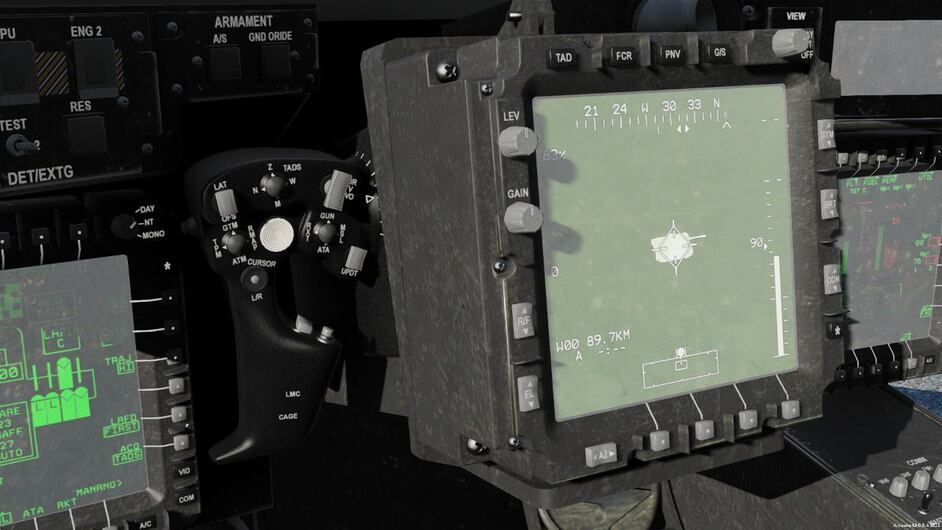 I just looked up what Outerra is, exactly:

3D planetary engine for seamless planet rendering from space down to the surface. Can use arbitrary resolution of elevation data, refining it to centimeter resolution using fractal algorithms.

Seems like a really smart idea: "Unlimited visibility, progressive download of data, procedural content generation."
And then, when scrolling through the gallery, looking at all the features, I was wowed even more. I just couldn’t believe it when I saw the dynamic terrain deforming video: real-time craters.
Surely this engine doesn’t work in multiplayer, I mean… wow. just wow.

It looks wonderful, but it’s been so long now. It has sort of taken on that mythical ‘unicorn over the horizon’ Duke Nukem of terrain engines mantle. I do hope they release something gameplay-wise that feels good in 2016.

Yeah…reminiscent of 7G…always something new to report…but starting to count the decades… But if they get a flyable AH-64 with a nice flight model and some systems…heck, I’ll do bump and goes with that thing…

It’s also very fun to send asteroids into the surface. But the most impressive is the Middle Earth project

But the most impressive is the Middle Earth project

Can’t let that go by without a video

Have they solved the “flowing water” problem yet?
Back when I was active in the Infinity-Forums we talked about that a lot (I-Novae engine is also procedural). Procedural terrain generation is nice, but rivers are a pain in the ass, for obvious reasons.
And a planet without rivers also means a planet without active volcanoes and other stuff that would be really nice, like realistic weather.