And some in cockpit footage from the F-16. Doubt you guys will have access, but its here if you go by proxy 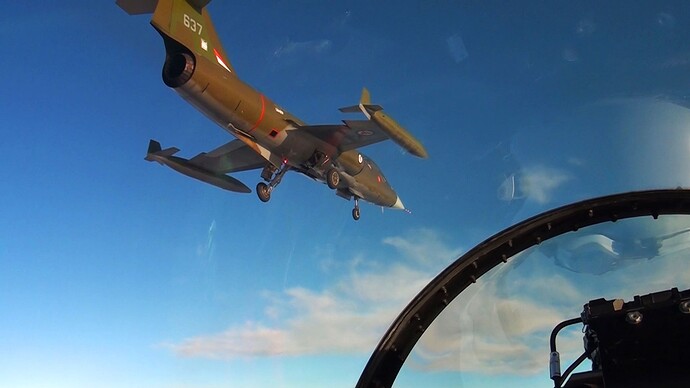 Looks so tiny compared to the Viper in that first video!

Go home drunken aircraft, your wings are too tiny! You ought not to fly!

Is it some museum or heritage flight?

It’s a restoration project by people who ■■■■■■■ love the starfighter

Miss this when it was posted but that was cool to watch. The outline as it 104 was taking off reminded me of an X-Wing.

Another thing that always flips me out is how runways are so uneven. I always thing of them as perfectly flat but whenever I seem them they are almost never that way. The way that runway rolled compared tow hat I think of when I picture a runway is that it should have been used for a monster truck event and not aircraft taking off or landing.

runways are so uneven

The RWY in the videos are Bodø (BOO/ENBO).
I swear that runway jumps up and grab your wheels!
When the first wayward Blackbird took off from there, the pilot thought the aircraft would shake itself to pieces. He had never performed a takeoff in a SR-71 from such an uneven surface.
And that was in the 80’s. They have changed the top surface several times since then.