NVIDIA now launching the RTX 2060 / 2070 / 2080 Super series it seems - cheaper and faster then the original cards and they appear to be discontinuing the 2070 and 2080 already…so kudos if you didn’t bother buying one of those.

Yeah super sounds like stuff from the 90s, from Japan.

I am going to call mine (ordered it today) 2070S, and it seems many people do that as well.

2080s also was showing 8GB VRAM from Nvidia, I would’ve hoped for more like 12GB.

Looks like the same VRAM as the original cards - but the prices on that video are about $300 down - remains to be seen really.

but I feel “super” is played out.

I know what you mean. 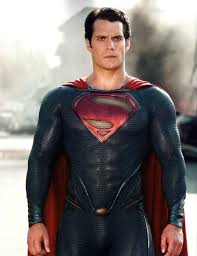 More seriously, hope this will do something for my Nvidia stock…Hangar200 unhappy so far in 2019 (yes, I just referred to myself in the 3rd person).

Nvidia earnings shrank 57% in the latest quarter while sales dropped 31%. That follows a 53% EPS drop in the prior quarter. (Investor’s Business Daily; 8 July 2019)

Consequences of pricing themselves out of their own market.

The average gamer & pc builder isn’t rich. I gather a lot of people may have been doing CPU / Mobo / RAM / SSD upgrades as well as those are likely older components overdue for a replacement and also give more horsepower per dollar. (More frequently I hear people swapping GPUs over anything else.)

Then there was the steep investment for 10 series cards - users are probably going to want to hold onto them since they paid so much right before RTX and didn’t want to repeat the poor choice of investment.

And they are already selling those.

Anyway as I am on budget side I found out that there is something like GTX 1660ti available also, interesting.

Yeah current Desktop line up is something like this…not confusing at all.

Time to wait for the 2100 series, where they hopefully get back to straightforward numbering.