Today, we’re excited to announce that pre-orders for Rift will open on Oculus.com at 8am Pacific Time on January 6! We’ll be sharing everything you need to know to order your Rift on Wednesday when pre-orders go live.
link

I had the opportunity to try the DK2 in DCS World (around the 1.2 patch) and it was … magical? Yeah. I’m gonna go with magical.

But … taxiing around Batumi and flying the pattern was the closest I have felt to flying outside of actually flying. I was a little giddy as I taxied to the runway with the canopy open and a real sense of being in the confined space of the cockpit. Everything was in arms reach and it felt like I had strapped the A-10C on, instead of sitting in a spacious cockpit, which describes how I feel when flying it with a monitor.

The sense of depth was amazing. I was able to take the Huey up and fly around a static pick-up truck I had placed next to the Batumi and I was able to fly circles around it keeping the nose a couple of feet from the truck. I was able to put a skid on the engine of the truck with little to no problem. Landing on a frigate was also easier, as judging the depth between you and the hanger was as natural as looking out your car when parking.

There is one option and one drawback that is making me hesitate: Valve and the keyboard.

Option: I am very curious what Valve’s VR resolution is going to be compared to what the Oculus CV1 will be releasing with. Obviously, I want the higher resolution system as I believe that these are two close competitors, Valve’s offering being slightly more useful (?) as it can be used from a chair or you can walk around a room with it.

Drawback: In flight sims the largest drawback is going to be the barrier between you and your keyboard and checklist. Not being able to see either with a DK1 strapped to my head was a little limiting. Granted, if you learn the checklist from memory, as I was able to with the A-10C, that’s not too much of a problem but if you need to reference it, well that’s a little tougher. Also, flying something like the F-15C, with it’s lack of a clickable cockpit, is also a PITA as you need to poke at the keyboard from time to time.

Also… no date has been released (that I know of) yet.

The Vive announcement of why they delayed their Q1 launch (some new tech they really wanted in the v1 apparently) is only a couple of days after the CV1 pre-order at CES, so it might be prudent to wait at least that amount of time. If Oculus get’s backlogged in orders that fast then hitting F5 on the first day won’t help that much anyway (especially for Canada?). My guess would be $499 CV1 (no touch controllers) and $799 for HTC Vive (with Lighthouse).

The keyboard thing is a concern, but there are a few ways to solve it and the pros seem to greatly outweigh the cons for VR. For years people have been preaching that a $500 HOTAS was for people ‘serious about not using toys’, so it’s ironic they are now fearing what’s coming and saying the keyboard is all of a sudden vital? VR in the early years is going to be bleeding edge, so there will be blood, tears and some casualties. Remember, 640k should be good enough for anyone, right?

I’ll definitely be passing as I too tried the DK2 in DCS and wasn’t too impressed. The resolution was crappy, the image quality was poor, the image seemed “stretched” and it seemed to give me a headache after about 20 minutes of use. I could see the potential in it, as the VR gives you a feeling of being in the sim world that’s lacking while staring at a monitor, but that one positive didn’t outweigh the negatives IMO. For me, the Rift seemed years away from being viable and I haven’t heard anything that makes me think differently now. Again, many people seem to love it, so this of course is simply my opinion of it after having tried it, but your mileage may certainly vary. I’d definitely encourage anyone that’s considering buying one to try one in game first.

You should try a CV1 - I found it an order of magnitude better than a DK2. Give it six months and you’ll be able to walk into any Best Buy and try a couple on for sure.

Eye glasses, bad IPD adjustments, games not really written/adapted for VR, natural motion sickness, not having a $3000 PC to drive a 90 frames per second dual display - it’s not going to be for everyone, that’s for sure.

Even without hopping on the VR/HMD hype train, one good thing for 2016 will be as a forcing function for Nvidia and AMD to come out with new tech That traditionally drives down pricing of current stuff. It’s great at marching along progress for PC tech regardless. Good times.

Are eye glasses that big of a deal breaker with them?

Oculus Rift DK2 and glasses were a tight fit. My glasses are not thick as I have an astigmatism. From what I have read, the HTC Vive is ‘glasses friendly’ but I am not sure about the Rift CV1.

I wear contacts, so not 100% sure. I’ve seen someone with relatively small glasses use a CV1 for quite a long time and he’s never commented on it being an issue. I guess if the glasses are big then it could be an issue, as the bigger gap between eyeball and (2nd) lens the weirder it might be. So to summarize…

This should be ok: 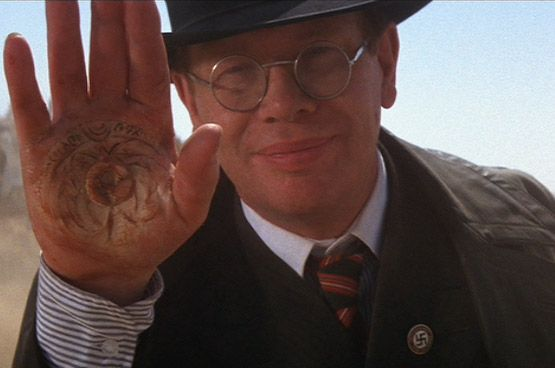 $599 USD plus shipping and taxes for the Rift. Not a low entry price.

Oculus Rift is a virtual reality system that fully immerses you. Complete with touch controllers and two sensors for the ultimate VR experience. Learn more now.

Ouch, sticking with my TrackIR for now

Higher than what I expected. Now to see what the HTV Vive is going to do. I would guess match that price.

No price, but an interesting look all the same 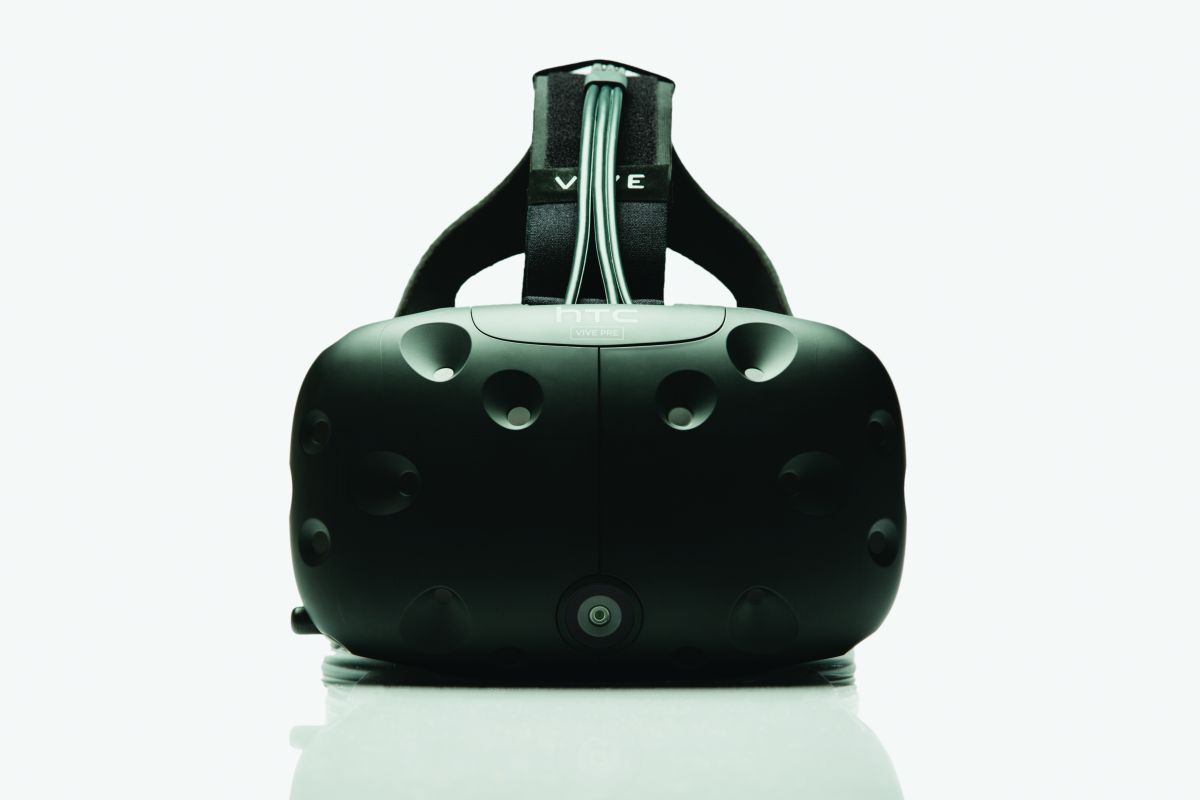 In December, HTC delayed the release of the Vive VR HMD, citing a “really big breakthrough” that had just been achieved weeks before. The company wouldn’t say what this breakthrough was, but it said we would find out at CES. We did.

I think HTC will come in a bit higher unfortunately @Fridge , as it includes a controller and tracking system that’s inherently more expensive to produce. The Rift CV1 just comes with an Xbox Controller but not the their new Oculus Touch 3D controller system, which could be at the 199-299 range in addition to the Rift base price. Vive could then be in the 799-899 range, as it includes more stuff initially.

Of course, in Canadian pesos that $599 USD Rift turns into a $1100 including the currency conversion, taxes and shipping. For a v1 product (albeit the dev kits etc) that’s an, um, ‘aggressive’ entry price for a new market.

Yeah. Out terrible dollar is not going to help with this purchase. And I believe you are right … the HTC Vive is probably going to be more expensive.

I am starting to like the Vive more … well, it seems to be capturing my imagination more. Also, not seeing any additional specs on the Oculus displays? Or am I just not seeing it?

Ouch, sticking with my TrackIR for now

Google Cardboard is still an option. Comes with a space-blanket to keep you warm, for the genuine hobo experience.

Seriously though, the VR market is a tough sell for mass adoption at that price. Waiting for a v2 is looking wise in lots of ways.

I am hoping its like other tech, and will take a big drop in a few years… we will see. Or there is always the lottery…

I’m sure someone missed a comma…

Under sixty thousand dollars is a great price - it comes with two free games!

Pre-ordered it. CES says that FOV is higher than DK1 and 2. Screen effect is almost gone after 30 seconds of use. Writing is readable now. I had DK2 and I think this will be nice replacement for TrackIR…I need depth perception for my flying.

i used the oculus, and found it no where near as good as my years-old trackIR , especially for long-term. the oculus gets heavy after awhile, and you cant just look off and grab your beverage or cigarette or anything while in the sim. its pretty inconvenient.

the one good thing is that coding for oculus is simply doing what our favs have done years ago and thats basically 6DOF perspective, thus, every game that comes out for oculus should be able to rather simply support our TrackIR out of the box

oh and not to mention the 1920x1200 resolution that im accustomed to while gaming!