I have to admit I have jumped on the “hype-train”. I am now eagerly awaiting the arrival of an Oculus ready PC/headset bundle. Don’t laugh too loudly, I know you can spend less if you build your own PC but to be honest I don’t have the time, knowledge, or inclination to put one together myself right now.

Has anyone else here got one on pre-order? Waiting for the Vive?

I held off from getting the DK2, although now I am kind of regretting waiting after watching a sample of the many Youtube Videos of people playing DCS with the Rift.

I’m reluctant to hop on yet…as I sit here watching my Toshiba HD-DVDs and my Betamax tapes in a small, dark room…

I was planning on ordering a Vive in March … however my money situation for March is already looking shakey (3 trips, 1 of which is a work trip to the Netherlands). I am still considering the feasibility … if they charge my credit card in April I will be fine

I’m in the Oculus line, but am keener on the Vive at this point. We will see what sort of price Vive comes out at - which should be announced at the Mobile World Congress conference around about this coming Monday 11AM. Maybe.

Yep, Samsung has a white one that I tried in Best Buy, a Galaxy Note 5 is clipped onto the front to provide the visuals through the optics. I am sticking with a large screen – and am deciding what 4K TV to buy.

All good reasons to hold off. I am jumping in feet first with Oculus for a couple of reasons. Firstly (and call me daft if you like), I like the story of how it came to be. Some teenage kid cooks up a device in his parent’s garage and the next thing you know it snowballs into something huge. I think that going with the Rift is in some way buying into that story.

The Vive may well be the better device, I guess we will see on that. In the meantime, there are a lot of DK2’s in developer’s hands, which to my mind means there will be more Rift enabled software available, at least to begin with.

Got CV1 on order. Now waiting for NV to release next lineup video card. Hoping that I can get NV card first…

That is $1,100.18 CAD before shipping and taxes/duties. I guess I will have to put those plans on hold for the moment.

The $799 is an ok price for HTC, in that the Rift doesn’t come with the 3D controllers and they will likely be ~$199 anyway, i.e. 599 + 199 = Vive price anyway. Oculus has more VR software exclusives coming up, but then the early days might be running the risk of the ‘Xbox 360 without Kinect’ issue, where if a vital peripheral isn’t there from day 1 then it splits the market and never progresses properly. 3D input is pretty important in VR. The Vive Lighthouse tech is smarter (imho) but then Facebook will bludgeon this market with money at first making Oculus the bigger player base. So, pros and cons.

There’s a lot to be said in just pretending they aren’t coming out just yet. Waiting till, say, August, read the reviews and get all the info on how the early titles are working out and then just walk into a shop or Amazon.com/ca/co.uk and pick one then. VR has been so long in coming it feels that a few more months feels ok, and will provide a lot more info.

I too like @anon51893362 am interested in a nexgen GPU first, as one nice knock-on impact of these headsets is that it gives the red/green teams something to get aggressive about, which equals better top-end cards and (eventually) good prices for great graphics cards. 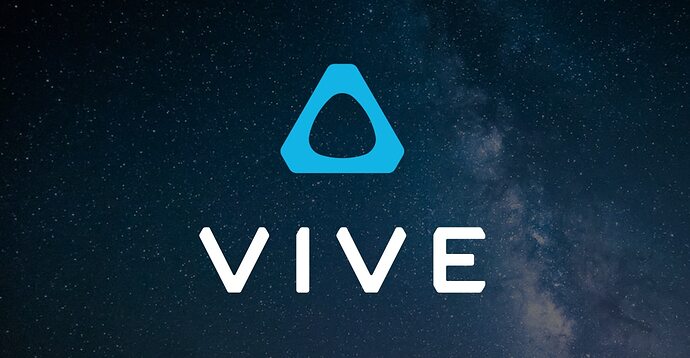 I’m in, CV1 ordered for a June delivery, but it may be sooner.

I tried a second hand DK2 for a few months late last year before selling it that taught me enough to see this was viable tech and also that they keep their value, sold my DK2 in 1 hour flat on Ebay and should have held out and not done a buy now offer, could have made a little profit easily.

So long as something is in demand it will sell it seems. Even if the CV1 turns out to be a dud after user reviews that I highly doubt, with my June ETA order I can cancel as we do not pay up front, and even then I could probably sell it on with no loss and may even profit while back orders are being fulfilled, but I’m looking to having this as a keeper.

One things for sure, the CV1 will be better than the DK2 and I had some amazing experiences on the DK2.

For anyone sitting on the fence about a CV1, you can not go wrong it seems to me so long as you have a spare £540.

Of course there will always be something better on the horizon, but when do you stop waiting for new stuff and newer better tech? sometimes you have to seize life by the balls and experience what you can while you can … I’m getting on in years now and want to try this stuff while my eyesight is good and while I can still afford it, and god forbid before I expire … because that can happen to anyone of us at any time for any reason.

I live for today

That’s the thing, there is never really a good time to buy as there is always something better just over the horizon.
Eventually you just have to bite the bullet and jump in.

Remember 10 years ago? You could buy a HDready tv/display. It only costed a premium and would sit just below the standard that would last for nearly a decade, as it is only since recently a lot of people are moving away from 1080p.

I have the same feeling about the current line-up of VR devices. 1080×1200 per eye doesn’t seem good enough especially with the screens so close to your eyes. I know the day I am looking forward to is probably still years away but when we’re getting 4k per eye for a price around €400 is when I think it’s a good idea to jump on the VR bandwagon.

Whelp, I was weak and picked up a vive. We’ll see if it was worth it.

It just links to the same HTC store anyway. I just thought it funny there was an app listing for it, i.e. ‘does it include trading cards!’

Looking at the Steam ‘VR supported’ list, it’s good to see DCS World way up there - being a free ‘base’ will mean it will get a lot of looks.