Savannah, GA | A couple of tourists from Canada made a surprising discovery while scuba diving in Wassaw Sound, a small bay located on the shores of Georgia. Jason Sutter and Christina Murray were admiring the marine life of the...

“We’d like to congratulate Christina and Jason for finding the Mudspike Logo Bomb hidden prize. We’ll make sure they get their free t-shirt plus free lifetime iodine supply.” @BeachAV8R

While it’s true that US air force lost a bomb in the state of Georgia, that the amatuer divers suddenly found the bomb is fake. While they [goverment] have a pretty good idea of were the bomb went, it’s believed that the bomb buried deep down into the mud from the fall. You can read all about it here, even about the article linked in OP.

Also, pic of the diver beside the “bomb”. The “bomb” does not even resemble a Mark-15

“When I saw the inscription saying that it was a Mk-15 nuclear bomb, I totally freaked out.”

Aww. And I wanted a REAL nuclear bomb to be found!

I cannot imagine the USAF “giving up” on a search for an unexploded bomb that was left on/near US soil. Should have smelled this one a mile away. The Tybee Island mid-air collision was an incident on February 5, 1958, in which the United States Air Force lost a 7,600-pound (3,400 kg) Mark 15 nuclear bomb in the waters off Tybee Island near Savannah, Georgia, United States. During a practice exercise, an F-86 fighter plane collided with the B-47 bomber carrying the bomb. To protect the aircrew from a possible detonation in the event of a crash, the bomb was jettisoned. Following several unsuccessful searches, the bomb was presumed lost so...

I think they should put a picture of it on the back of milk cartons. 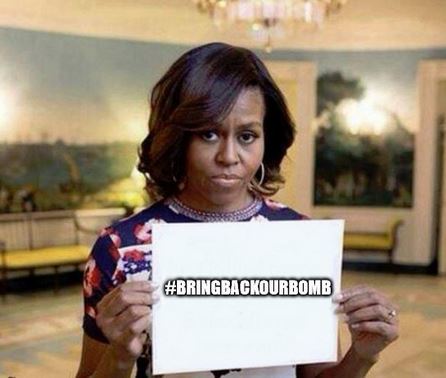 Some days you just can’t get rid of a bomb