How many people are going to name their guy Watney?

Let us know how it is. I’m not a huge dino fan (being no longer 10 years old) so something like ARK but not quite in its setting I’m curious about.

How many people are going to name their guy Watney?

I watched Interstellar first, I couldn’t bring myself to root for Matt Damon marooned on another planet after that

If I ever get on a space ship and Matt Damon’s on it, I’m getting right back off. Could be the last one off a dying planet. No thanks, I’ll take my chances on the ground.

Here’s almost the trillion dollar man at this point: 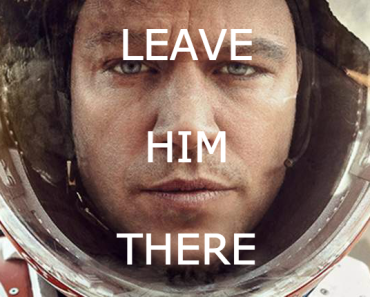 Or send a single capsule with Ben Affleck using a very small rocket with no return to earth technology - then he’ll have a buddy to help harvest potatoes. (And contribute poop)… 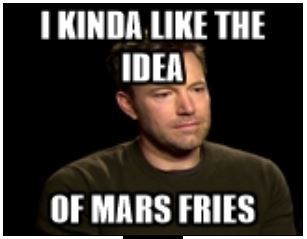 SIlly Americans- the first Gulf war was Iran vs Iraq.

So far I’m really enjoying it. For an early access game it seems really polished.

Love the graphics and the soundtrack.

Another thing I really like is the private game instances let you invite other players. It’s hosted on their servers so you don’t have to worry about having a dedicated server or wondering if your host will be around when you want to play.

It looks like an Elite starship should land and rescue you.

Right? Or at least drop off a care package with some whisky.

Right? Or at least drop off a care package with some whisky.

If I manage (as I hope) to get back on the grid next month, I’ll be dropping some precious Lavian Brandy for you!