Just got the P-40 been flying it abit. Seems to me the 50 cals do great work against bombers like the he-111. Does anyone know if the P-40 ever had cannon fitted to it?

I find it easier to hit targets with 50cals. I think that’s due to the immense amount of tracer, makes it way easier to walk fire on to target.

Cannons had a lot of problems in WWII so 50 Cal might have been best compromise.

Cannons had a lot of problems in WWII

the germans used alot of cannons ? did they have the same problems? or was this an allied problem?

It was an American problem, of the “not invented here” variety. I’ll have to dig out my references, but in short, all the rest of belligerents managed to make it work.

Also the US never really had a need for a heavy cannon. We didn’t have heavily armed bombers to shoot down, .50’s threw enough lead hard enough to take down even the heavily armored German anti-bomber fighter variants (who’s performance usually left them at the mercy of Allied fighters). Japanese aircraft never really adopted the kind of armor and self protection technologies that the rest of the warring nations did, meaning a quartet or more of .50’s was more than enough.

Only WWII US aircraft I can think of off the top of my head that used cannons is the BTD Destroyer, but there were maybe 30 of those planes total. (just remembered there was a cannon only F4U variant as well)

I have been battling the nazis at the gates of Moscow lately and the two 13mms on the nose of my MiG-3 are quite sufficient for chopping the fritzes to kindling.

The British had issues with their canons freezing at higher altitude and/or jamming, which factored in to why the British retained the .303’s in the Spitfire.

Don’t forget the P-38 and P-39! Both had cannons from the get-go and used them with some success.

There were also cannon-armed F4Us as mentioned, and I believe there were a couple other normally MG-equipped planes that got cannon variants but never saw widespread service compared to the MG versions.

Wasn’t there a P-51 with cannon at some point? It was one of the ones that entered service in 45 or something so never saw combat? Or am I thinking of a different plane? In most cases, though, they were variants of piston planes that showed up in 45 once the jets were already taking over.

I believe some of the British Mustang’s experimented with a quad-cannon layout.

Yes especially early on…and some (all

) of them were sent to Australia. Some apparently had the gun heaters removed because they didn’t need them…it’s well hot at 30,000ft of course over Oz.

There was one case where at about 9 of the 11 Spits that jumped a Japanese bomber formation had unusable cannons where they had frozen up…of course just spray them Bettys with .303 and watch them all fly back to base.

They eventually got 50 cal with the E Wing whenever…but those 30 cal peashooters!

The British had issues with their canons freezing at higher altitude and/or jamming, which factored in to why the British retained the .303’s in the Spitfire.

did the germans have the freezing issue?

Not that I am aware of.
I asked @Franze if he knew of anything, which he replied that he did not except for older MG-FF guns.

Wasn’t the P-39 cannon prone to jamming? I seem to recall that the Russians swapped them out for their own domestically built version.

Pretty much all American aircraft that flew with a cannon armament used the the Hispano-Suiza (which was pretty much attached to anything that could carry it and withstand the recoil). There were a few like the P-39 which used a Browning design in 37mm.

There were attempts during the war to produce an American made 20mm cannon, which eventually led us to (years later) the M39 and Colt Mk12, neither of which really improved on the cannons they were based off of (the German MG 213 and the Hispano-Suiza respectively).

Wiki has a nice overview of the British results on the HS.404 page: 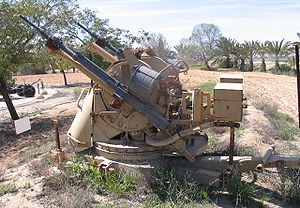 The HS.404 is an autocannon originally designed and produced by Spanish/French company Hispano-Suiza in the mid-1930s. It was widely used as an aircraft, naval and land-based weapon by French, British, American and other military services, particularly during World War II. The cannon is also referred to as Birkigt type 404, after its designer Marc Birkigt and later versions based on British development are known as 20 mm Hispano. Firing a 20 mm calibre projectile, it delivered a significant l...

Go to “Development -> Aircraft Gun” and down.

This post was flagged by the community and is temporarily hidden.