Video games were an important part of my life, growing up. While I wasn’t the chess geek, I wasn’t exactly a jock either, and spent a lot of my time playing video games. I have some great life moments around video games - beating Link to the Past without Nintendo Power, playing an FZero then Mario Kart tournament with my cousins, organizing and executing a massive takeover in Tradewars 2002, epic Quake mulitplayer game sessions in college, etc. I also feel that games helped me develop my logic and problem solving skills (I can find a secret door in ANY room

So it always bothers me when I hear parents around my age who belittle video games and talk about how there’s no way their son/daughter will ever get an Xbox/Playstation because they want their kids to succeed in life. It’s always seemed like these well-meaning parents don’t understand what the gaming environment is really like, so they choose to “protect” their kids from it. I don’t like to bash parenting styles, but, in general, protecting your kids from something you don’t understand just because you don’t understand it is pretty bad, m’kay?

Gabe from Penny Arcade has a great article where he describes a speech he gave to his 10-year old kid’s Parent Teacher Association. I think he addresses exactly what most game-fearing parents concerns, while still emphasizing that it’s up to the parents to make the decision - not the kids, not the kids’ friends, and not the games.

The article’s old, this was posted in April of 2015, but still relevant. 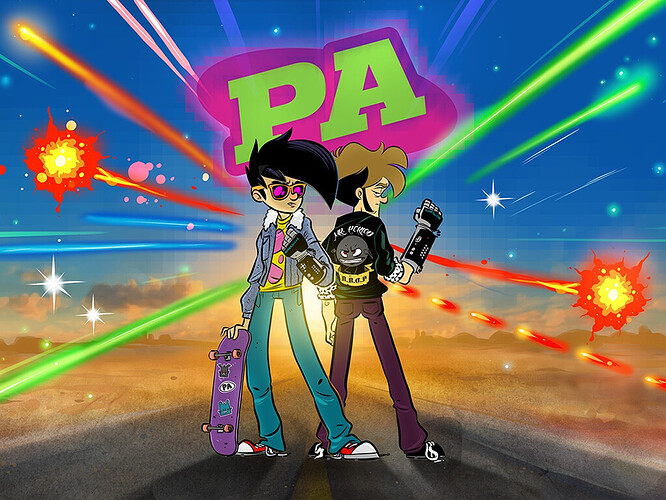 Penny Arcade - News - I spoke at our PTA about games

I hope to use this as a template for opening a discussion in own kids’ school community.

People say a lot of stuff. Ignore it

The best parenting advice, although not specific to games I heard was this:

[quote]My father didn’t tell me how to live; he lived, and let me watch him do it
– Clarence Budinton Kelland[/quote]

Do what you do, and try to do it well I guess. The kids tend to just copy.

I always subscribed to the Philip Larkin School of Thought towards parenting when younger:

This Be The Verse by Philip Larkin | Poetry Foundation

They fuck you up, your mum and dad.

…but have basically settled down to some simple rules of ‘no extremes, spend time with them the best you can, respect them as people but remember you’re not just their friend’. Simple!

I have always been a gamer. Didn’t hurt (well, not much at least). So when my daughter is old enough she will of course allowed to play games if she wants to.
Not every game perhaps, and I guess I will check what she plays.

IMO it is about balance. ONLY playing games is bad. Just like ONLY riding horses or ONLY playing soccer or whatever one might do in his or her free time.

My mother tried for a “one hour per day” rule. It didn’t work. We explained to her why. She mostly understood I guess, because the rule was dropped rather quickly.

IMO it is about balance. ONLY playing games is bad. Just like ONLY riding horses or ONLY playing soccer or whatever one might do in his or her free time.

Yeah - I grew up a “gamer”, and more specifically a flight simmer, and it led to my career in aviation…which has been the best of all possible outcomes (OK…I’d have taken astronaut too…). My son (now 5) gets to play games on his Kindle and on my iPad, but I do closely control the content. No shooting games at this point. We are just branching into letting him battle “Lego” people, but I don’t want him playing anything violent yet.

I think the biggest thing is interacting with your child as they play…particularly during the formative years. I think it varies family to family, but I’m excited that my boy will enjoy video games and sims and look forward to flying with him online someday.

I think we can all agree that it is up to parents to interact with the children and choose what they play. There is many games which do no harm and can be educating and/or fun. Like the mentioned with many secret doors

First, I love the article… its really crazy in this day and age how disconnected some parents still are, not just in gaming, but the internet overall, lets face it, in many cases the biggest danger in gaming is the fact that you can do it with anyone anywhere.

Second, I pretty much mirror what others said, parents need to parent. Games, are like any other medium, eventually kids are going to see something you need to sit down and talk to them about, or explain. Its a unique concept I guess, parents parenting

My 3 year old is a big fan of toddler games right now, although she just nuked our ipad mini with a glass of water, but she also very interested in what I am doing on the puter. She always wants to try and fly, or help me find the bad guys in the tank game (War Thunder) “Awww daddy you got blown up”. She loves Minecraft already, but she plays it with me, she still hasnt really developed good mouse control yet. I wont hide her from tech, I certainly will watch what she uses with that tech… you know, parent

Yep, that sounds like a great approach. I hope my daughter will play at the computer wiht me one day too.

So Holmes reasoned that an intensive mental task—the video game Tetris—might be able to compete successfully with traumatic experiences and thereby prevent the development of traumatic flashbacks.

Psychology Today - Is it possible to prevent the brain from remembering trauma?