Experience 400 iconic aircraft, from a Wright Flyer to a 787 Dreamliner. Plan a visit today to explore our 6 hangars & 80 acre airfield of aviation history.

The Pima Air and Space Museum is one of my favorite out-of-the-house pastimes here in Tucson, AZ. Even when it’s a bazillion degrees outside, the hangars are well air-conditioned and contain a lot of great viewing material. The refresh rate on the museum isn’t necessarily all that great, but every few years, they add or change around things to keep it from staying stale for too long.

We are card-holding members and visit the site around 4 or 5 times a year. 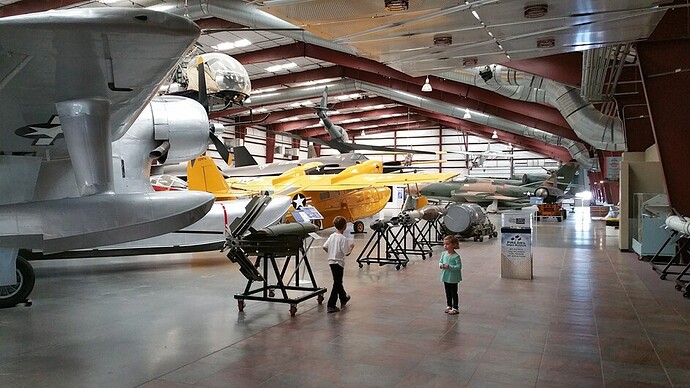 Here’s the entry into first hangar via the always impressive gift shop. Flying boats of various sizes (there’s a very large Catalina-looking-but-not-a-catalina amphibious aircraft just to the left of this picture), a very small line of weapons including the now scandalous Snakeeye, AGM-154 JSOW (incorrectly marked as an A, they have the C variant with IR seeker on display), a Hellfire, a GBU-24 Paveway III, rocket and cluster bomb dispenser, and a 20mm gatling gun. There’s also a large physics package for a nuclear weapon, but interestingly no information on whether or not it’s armed.

There’s also an SR-71 and one of its drones, an A-10A, helicopters, a section on submarine warfare, including a cutout of a lightweight torpedo (I think it’s a Mk50?)…too much to list here.

The FH-1 Phantom is a recent addition to the museum. Looks like it came straight out of War Thunder. 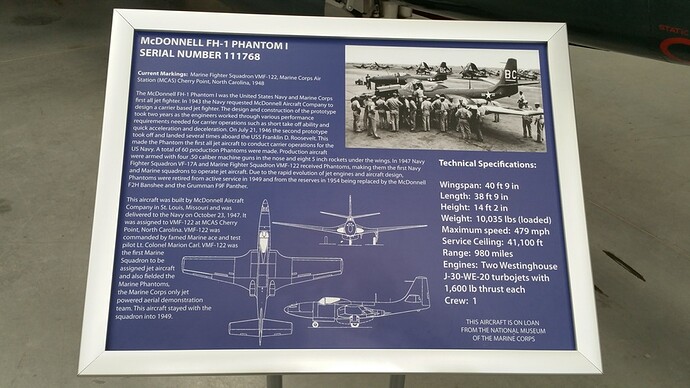 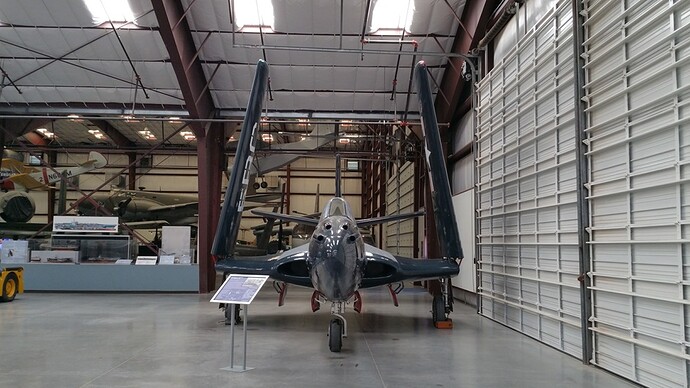 Here’s a shot up its tailpipe. 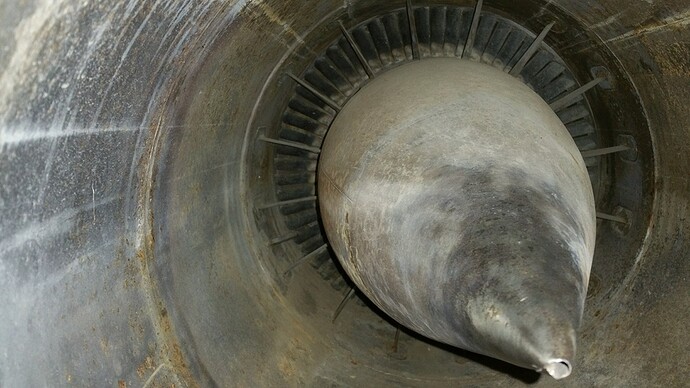 Across the whole site there are only two cockpits you can get into, and one of these is of a popular civilian transport simulator. Any guesses as to what aircraft this is supposed to be? 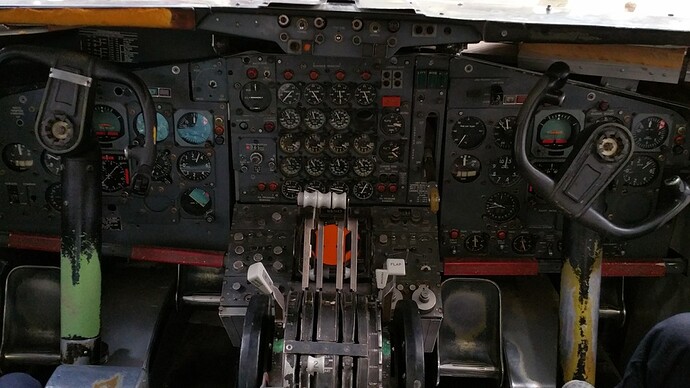 942×530 159 KB
I’m not sure the all the damage is due to the abuse it receives at the museum or from the students learning to fly it. 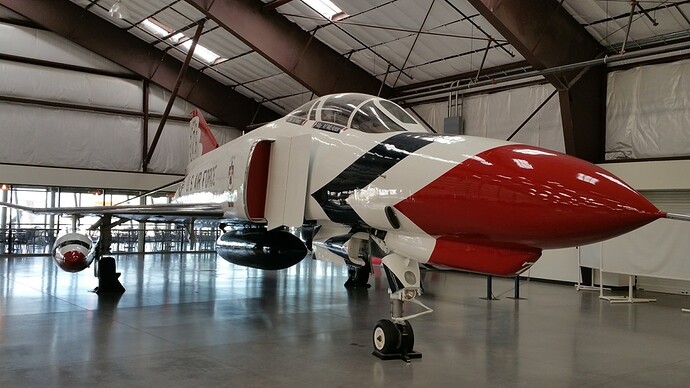 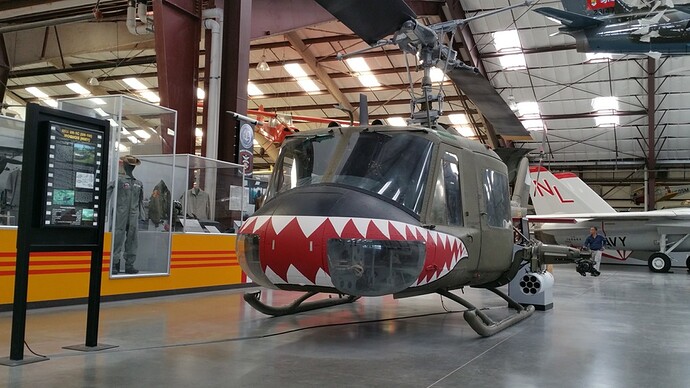 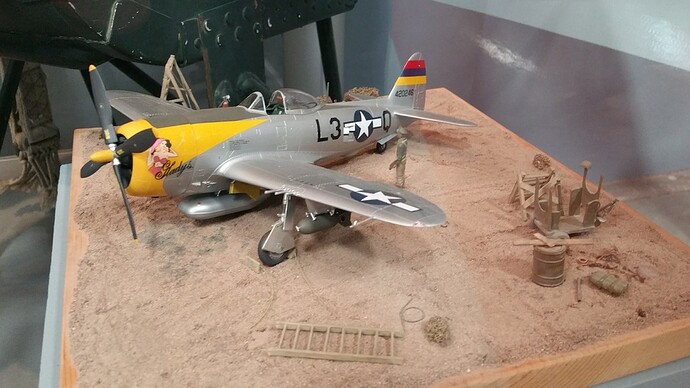 942×530 148 KB
Throughout the hangars there are non-aircraft displays, usually depicting something of historical significance. 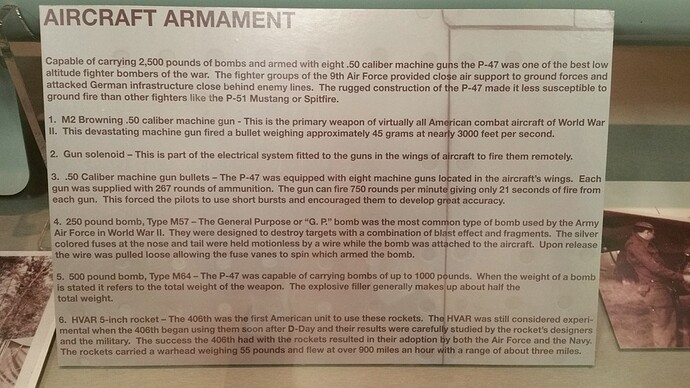 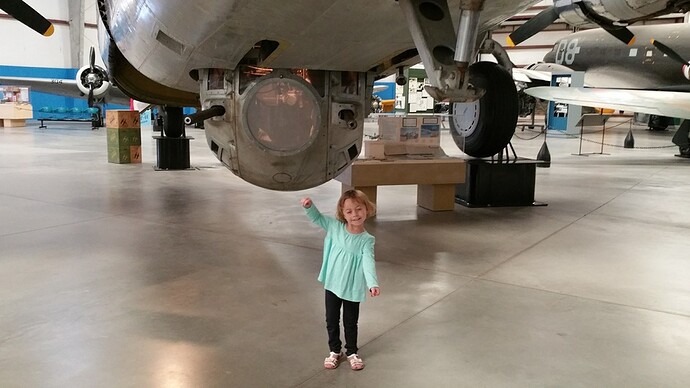 942×530 131 KB
One of the great things about having kids is you get to lie to them. Here I’m explaining to my daughter about the “time out ball” on this B-24. Crew members who didn’t listen to their commanders got put into the ball for timeout and had to wait until they landed before they could get out. You can see the look of sheer terror on her face as she imagines what it must be like to be stuck in the ball for the entire flight.

I’ve walked past this engine block at least a dozen times, shrugged my shoulders, “huh, another engine”… 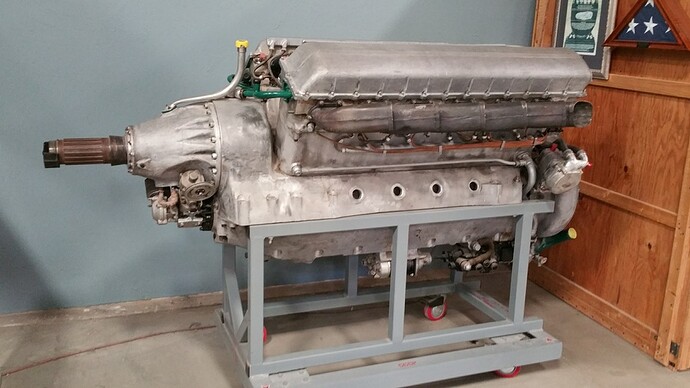 …and then I read the associated placard. Wow. 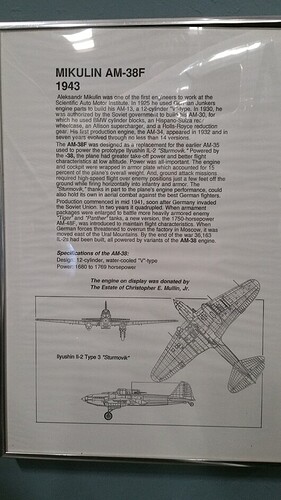 The newly opened hangar looks to try and consolidate some of the WWII Pacific theater aircraft, although they still have a large number of aircraft from this era all over the site. 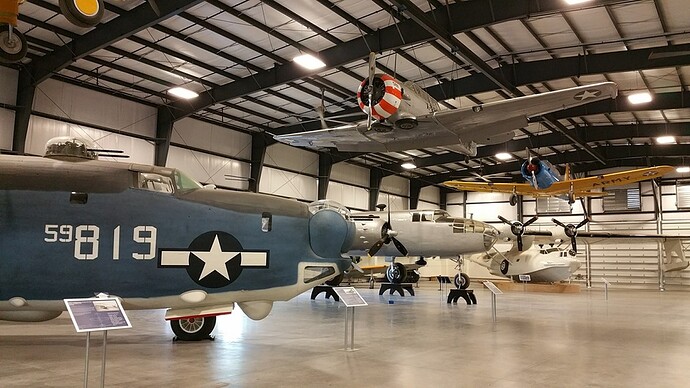 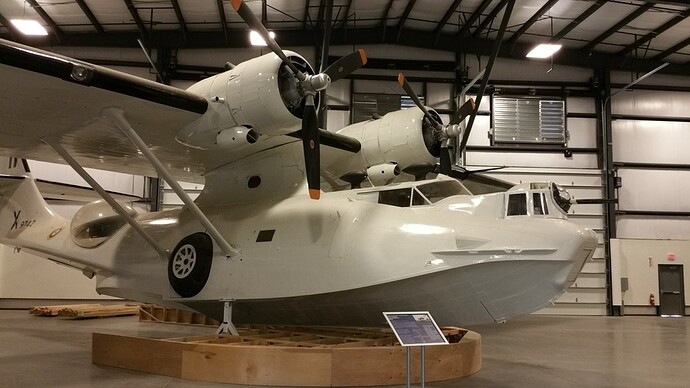 This aircraft will be a bit harder to guess, I think. 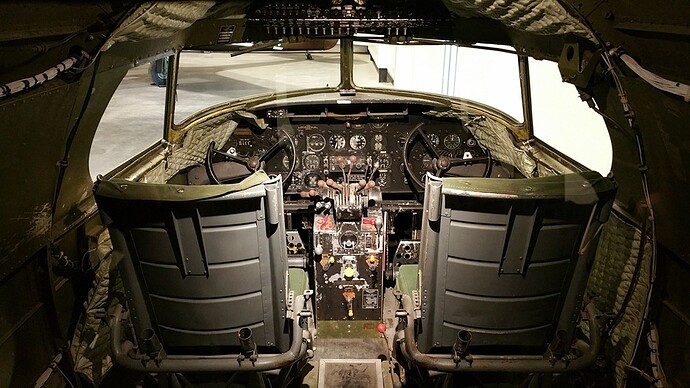 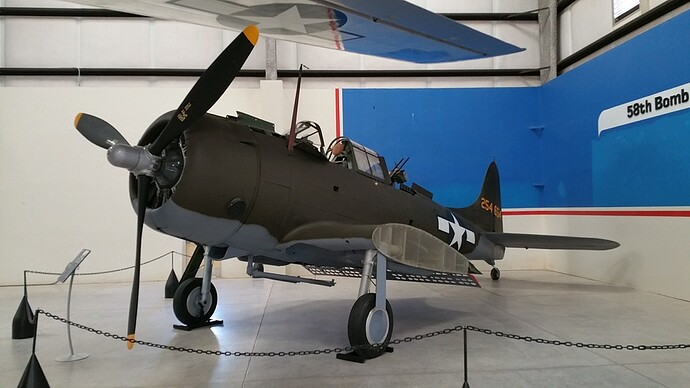 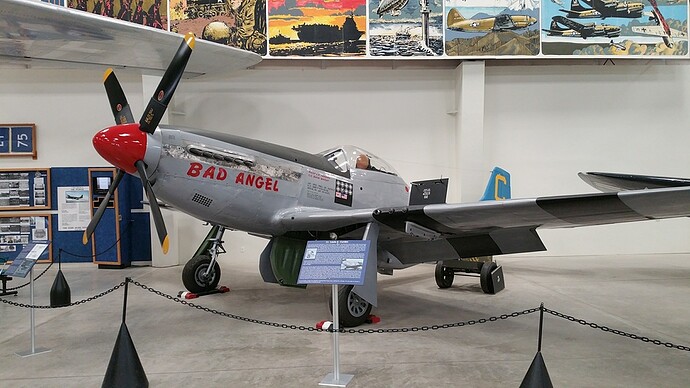 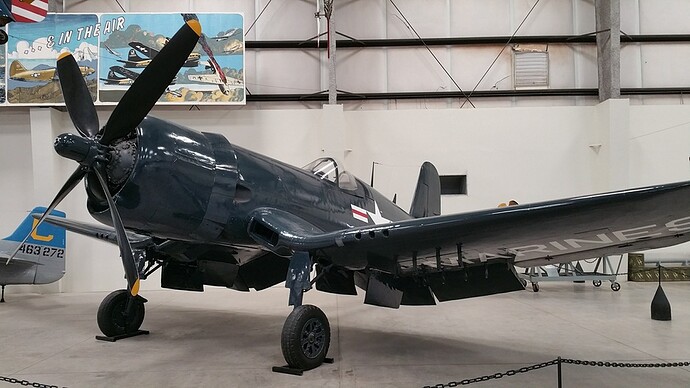 One of the hangars is dedicated to the space movement, and includes a couple high-tech simulators, including this Gemini docking simulator. 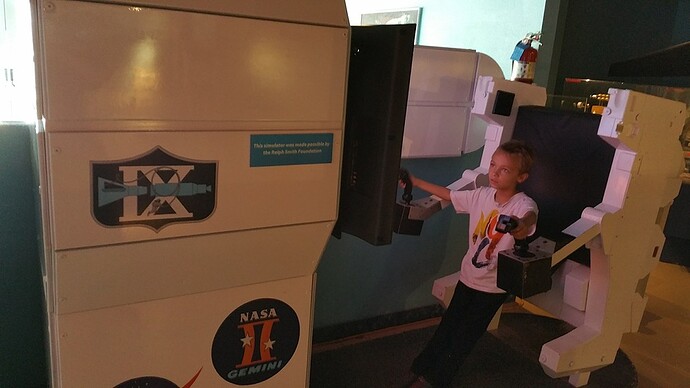 This is pretty cool. I got to visit. Thanks for posting. The Ball turret story is priceless.