I had a real world flight to Lakeland, FL awhile back and took this picture of a Piper Jet which I forgot even existed. 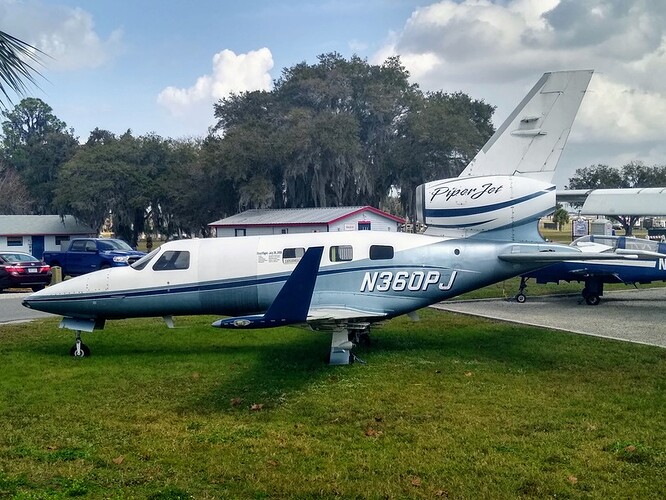 I don’t think I even knew they existed.

I think on that little writing on the side it says first flight was July 2008. As Paul said not their greatest success story.

I wonder how much weight was added to keep CG in normal.

I think it was the result of the initial race to get a VLJ to the market. Some companies started with a clean slate design (Cirrus for example), while others took existing designs and slapped together something that they thought they could get to market quickly. Piper basically slapped a jet engine on the tail of a Cheyenne, cleaned up the wings and called it good.

Piper basically slapped a jet engine on the tail of a Cheyenne, cleaned up the wings and called it good.

Wow, now I see it, too. It really looks that way!