“In addition to the announcement of the new team member we also want to share the name of the project that Bryan is taking care of. Junkers Ju87 D-5/G-2 are the planes that Bryan is working on. As a former military aircraft and helicopter technician he knows most of the important parts of a plane by heart. Due to the nature that Bryan is influenced by the love of WW2 fighter planes he asked if we would support the idea of developing a German ww2 plane, which is in his case the JU87 Stuka.”

It’s been a while since the last update due to my relocation to Colorado and other life events, however life at Polychop is very much alive! I would like to introduce everyone to our first community render of the G-2. Hope you enjoy 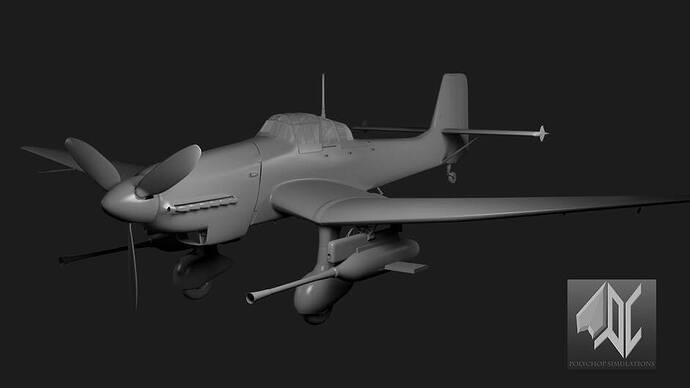 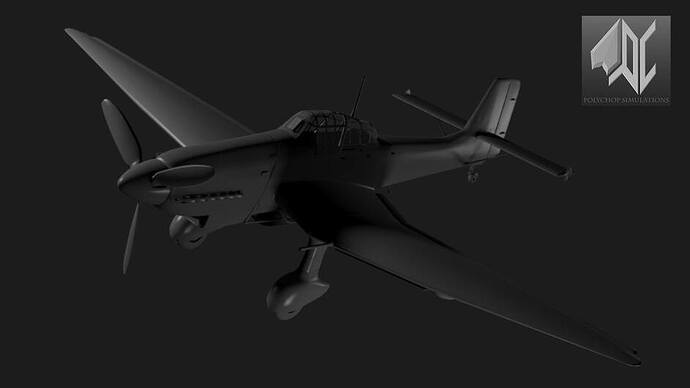 Now we have the Gazelle and seen how that turned out, I am pretty keen to see more from Polychop. Time to hear that Ju-87 siren…Waaaaaaaaaaaaaa.

I actually don’t see the siren physically mounted on the models. The D-5 and G-2 historically didn’t have them afaik. Maybe they’re optionally or something. Because it was what most people know the Sturzkampfflugzeug for.

Well, my plan is to make the noise myself as I dive anyway. It won’t be the bombs falling 500ft long that’ll scare em, it’ll be my waaaaaaaaaaa.

Not sure I’d do much tank busting and didn’t the G-2 carry an extremely small amount of ammo as well? The D-5 though, that could be some fun, if it’s the version I’m thinking of, 20mm instead of 7.6 and flew at a speed that wasn’t painfully slow.

As for the siren, I always found them the perfect thing for moving people out of my way while taxiing or on take-off

Yes. The G-2 carries six or twelve rounds per gun. That did not stop the kanonenvogel from some succes IRL though.

I don’t think the siren works at low IAS.

if you taxi fast enough… haha

Certainly a project I’m keeping my eye on. Seems like you could have a lot of fun in these 2

Wasn’t there a German ace called Rudel literally sniping tanks with that?
Can’t remember if he really was that good or it was unconfirmed kills…

Yea Hans-Ulrich Rudel. The amount of claimed kills are… Are you sitting tight? 519 tanks, 1000 vehicles of various types, 70 landing craft, a pair of Lavochkin La-3’s… an IL-2, a destroyer… two cruisers… the soviet battleship ‘Marat’ and other claims. I believe he had a leg blown off in the war. Got himself a prosthetic limb and continued to fly. A lot of these where with earlier versions but he flew the kanonenvogel a lot.