Eagle Dynamics has just made available for download the early access version of DCS: Spitfire LF Mk. IX, the latest in DCS World‘s World War II themed modules. I was fortunate enough to get a review copy from Eagle Dynamics and gave it a quick look to share with you. Note: This is a preview, based…

It’s one of my favorite VR pits too, works really well although lots of sore necks in dogfights.

Good read! Liked it.
Anybody know when it will be out for DCS 2?

Ah, that’ll be why the server’s on fire. Mmm, toasted marshmellows though…

So, @EinsteinEP and I actually had a great discussion related to this article on the various Marks of Spitfire, which unfortunately went beyond the scope of the article. Various ramblings below are from that discussion:

[quote=“Discussion”]…the Spitfire / early English fighter choice of armament (the .303 MG) was a point of contention up until the late models that carried 2x 50 cals and 2x 20mm or 4x 20mm loadouts, especially considering BF-109 pilots had their bore-mounted 20mm and FW-190 pilots had their brutal 2x or 4x 20mm in the wings.

[quote=“Discussion”]Not sure how much time you want to spend on the Spitfire, overall, versus the Spitfire in game, versus the module itself, but there’s a few things probably worth touching on that are characteristic of the current DCS Spit.

The Mk. IX (generalized) was developed in response to the FW-190A-1 whose characteristics more or less blew the earlier Mk. Vb and Vc variants out of the water. It was superior in every metric except for turning radius. You don’t need to be John Boyd to figure out what that implies.

The Mk. VI and VII were specialized, high-altitude interceptors and the Mk. VIII, the true heir apparent of the Mk. V was not ready yet for production. The Mk. IV and Mk. XII, the first Griffon-powered variants, while powerful, still faced teething issues.

So, funnily enough, the beloved Mk. IX was actually a stop-gap design. It featured a beefier engine (the Merlin 61), and in-fact, many “Mk. IX” spitfires were actually Mk. Vc’s with updated engines and housings. While the added weight sacrificed some turning performance, it leveled the playing field.

Our DCS Spitfire is also designated “L.F.” for “Low Flight”, implying the engine’s supercharger is optimized for pressures encountered blow 10k feet. Later Spitfires (including all Griffon Spits) were outfitted with two-speed superchargers that were capable of good performance across wider altitude bands. LF Spits were used for “tactical combat aviation” while HF Spits were generally reserved for high-altitude interceptions. For a while the “MF” (medium flight) designation also existed.

It’s also worth noting our Spit’s elliptical wings are neither clipped nor pointed. Some Spitfires actually had modular wingtips allowing them to be elliptical (ours), extended and pointed (more wingspan for lift/ wing loading at high altitude) or clipped with fairings over the interface (less drag and greater roll rates at low altitude).

…the take-aways to frame the context of the LF Mk IX, which is probably good to know to appropriately judge and fly the module are:

Clarification - Earlier I said “LF” meant optimized for 10k feet, now I said 20,000. Summarily, the L.F. Superchargers themselves gave the engines their peak power between 5,000 and 7,000 feet. The L.F. planes themselves (the whole shebang, powerplant, airframe, equipment) were typically designed to perform well in the altitude band between the deck and 20,000 feet. H.F. engines/superchargers were tuned to hit peak power around 22,000 or higher (some intercepts happened above 30,000 feet!), the less produced “F” variants were optimized in-between the two.[/quote]

This is why I’ll never be a WW2 guru. There are sooooo many little historical bobs and weaves that it is so hard to get a grasp on it. I wrote an article for the magazine once…on the Mosquito for FSX…and I felt so far out of my lane that it was a grind to get through. It was probably the worst article I’ve written.

The details are endless! It’s pretty incredible how many ideas were flung around and tried out in such a short time-span.

Side note, I would leap on a Mosquito for DCS…

Also, check this out:

I would leap on a Mosquito for DCS… 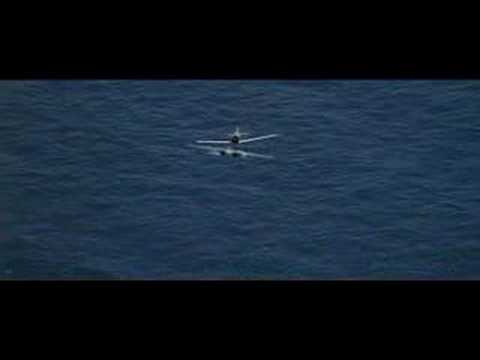 but the theory is on point.

WWII era aircraft are a nightmare to research for model builders as well.
They were upgraded constantly. So some airframes had a modification and others didn’t. Some had them from the factory, others applied as field mods. And some airfames even kept the old system, that was replaced by the modification, being both pre-mod and modified at the same time

FFS English speakers, it’s Messerschmitt, not Meschersmitt. The ‘ss’ is pronounced like ‘s’ with emphasis and the ‘sch’ is pronounced like ‘sh’ in English language, not the other way round. Let it henceforth be known that i will send a can of whoopass posthaste to every ignorant fool who does that. The can is to be opened upon arrival, posthaste. I’m done.

Minor note: I LOLed about the intro sequence where they showed footage of the Hurricane while referring to the Spitfire.

Minor note: I LOLed about the intro sequence where they showed footage of the Hurricane while referring to the Spitfire

Not sure that is a minor note, made me want to stop the vid right there lol