Guest contributor Sryan gives us a sneak peek at the latest DCS World campaign from Baltic Dragon and Viper: The Georgian War…

Those of you who had the opportunity to experience some of Baltic Dragon’s other products such as The Enemy Within or the Mirage 2000 campaign have learned that if there is a piece of cockpit hardware that in one way or another could be useful in a certain mission, they’ll have to be utilized in order to complete his campaigns. Such details do not hamper the Flaming Cliffs 3 implementation of the F-15C Eagle in DCS World, however, that did not stop Baltic Dragon and co-author Viper from creating a captivating and immersive campaign for the F-15C.

Without spoiling the story, at least allow me spoil for you that the actions take place during the historical Georgian war. Also allow me to spoil that World War 3 has not quite started…yet. The United States and her allies are not fully vested in this war yet for reasons like mutually assured destruction. The activities that take place are undertaken by what are basically the remnants of a recent NATO exercise in the region. Forget about the huge scale Shock and Awe doctrine and tactics you’ve experienced in Red Flag 16-2, the outcome of missions are decided by only a handful of factors: You and a handful of eagle-driver buddies. There is no airborne Valhalla to be had. Tension, excitement and emotion come from other factors such as limiting rules of engagement, communication with your wingmen and other pilots, and the unpredictability of the fight at hand. 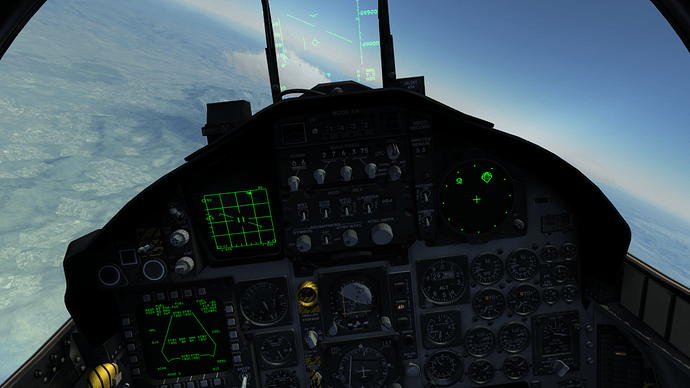 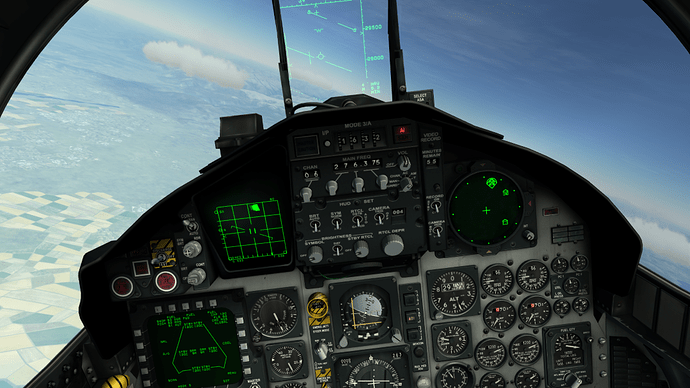 It is a known factor that the character development in campaigns like the Mirage 2000C campaign are virtually unrivalled in the flight sim genre. The same goes for The Georgian War. Chattery livens up what would be otherwise fairly boring legs of a flight, while rapid communications increase the already high tensions when things are starting to heat up. Not only do your squadron mates feel alive, the world feels alive with friendly flights dotting the sky, each with their area of responsibility or separate missions. An active ongoing ground war fill the skies with tracers and remind you that while Eagles care relatively little for ground crawlers, the infantryman and his rifle remain a big part of war, too. Even small details such as newspaper snippets that supplement the briefing are just another thing that makes the campaign feel that much more real. 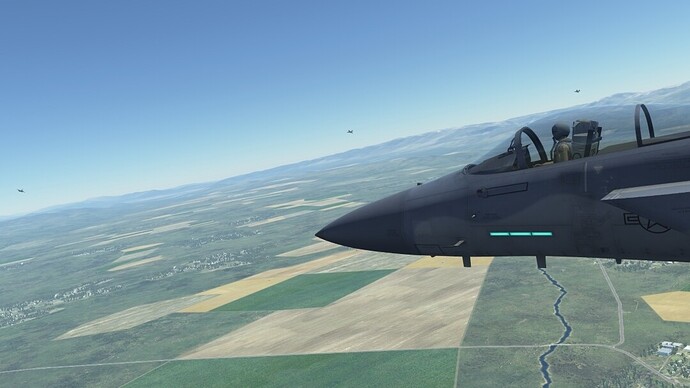 Not only does it feel real, it is a quite realistic approximation of what has and could have happened. The authors studied this relatively unknown conflict carefully, to the point that they actually toured the Administrative Boundary Line (ABL) — the borders of Abkhazia and South-Osetia with Georgia that are not recognized by everyone internationally — and spoke with persons who stood on both sides of the conflict. Not very well known details such as a surprisingly effective IADS on the side of the Georgians and fratricide incidents on the side of the Russians have made their way into the campaign. While the war arguably ended in a military victory for the Russians who now to this day maintain bases in South Ossetia and Abkhazia, it is up to the player to find out how the US involvement influences the outcome in this alternate history campaign.

A class in recent military history and the emotional rollercoaster that is character development is nice and all, but in the end we also expect to be entertained by the campaign, right? Luckily, the authors have us covered here as well. Factors such as a sometimes very limiting ROE, requiring you to visually identify your targets before you shoot them is something that has hampered the real Air Force and naval aviation as well. Bandits turning tail at the last moment and hostile reinforcements from unexpected directions keep the fights diverse and engaging instead of being just another background for chucking spears at BVR. You also don’t always have access to the latest, greatest, most modern equipment and weapons which make things interesting.

Meanwhile, the Russians step up their game as the campaign progresses. The initial Flankers and Fulcrums are probably briefed little more than to prey on the weak, only to find a kill-hungry Eagle on their tail. As, literally, the hours of the war progress, the Russians get their C3I support online to a high level of readiness. They also bring their strongest weapons online and start to implement more advanced strategies and tactics to counter your efforts.

One of the most interesting missions I have seen in any campaign was a two-pronged attack involving a ruse by the Russians. As the Russians lure you into the wrong corner of Georgia their real objectives become clear, and you find yourself rushing to prevent them from accomplishing their real objective, or at least retaliate. I found it quite a feat to bring the “no battle plan survives contact with the enemy” feel into this mission. Underlying this is the fact that the campaign contains a decent difficulty curve, without sacrificing realism. 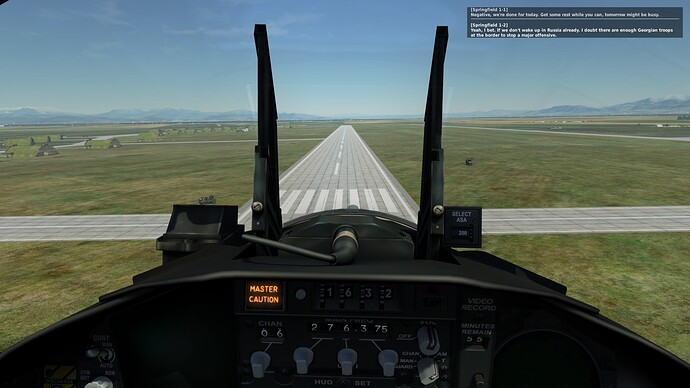 Z1f5qWC.jpg1920×1080 298 KB
Few things say you had a little fun during your flight when your HUD and systems are down but you still manage to land safely. 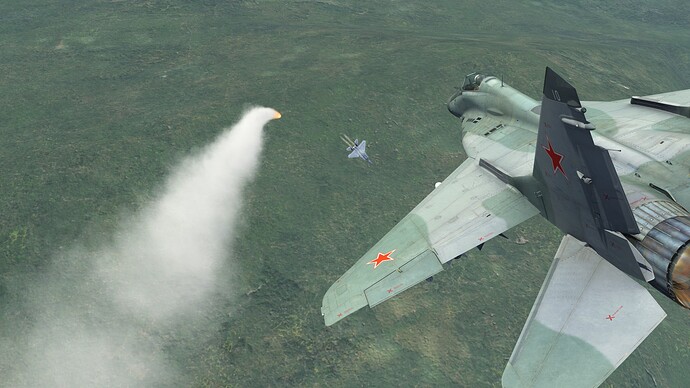 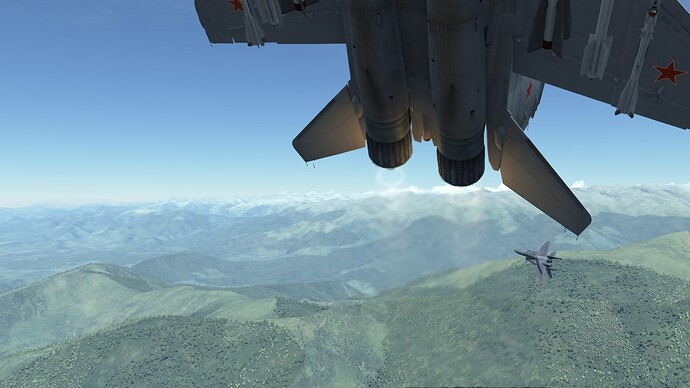 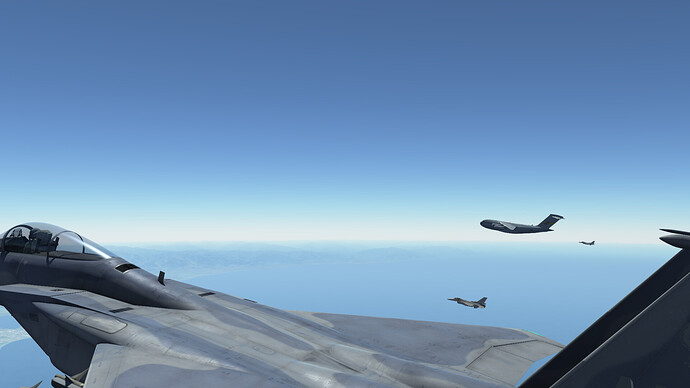 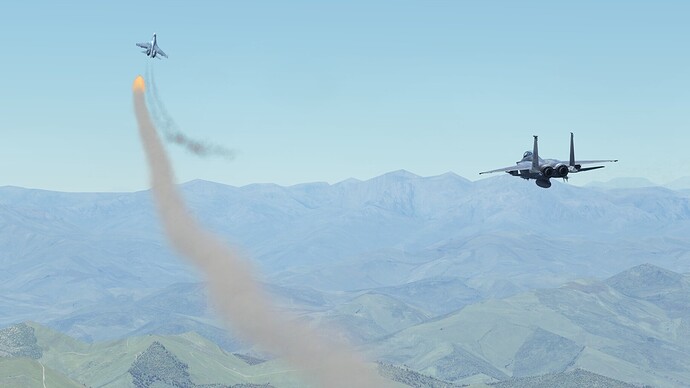 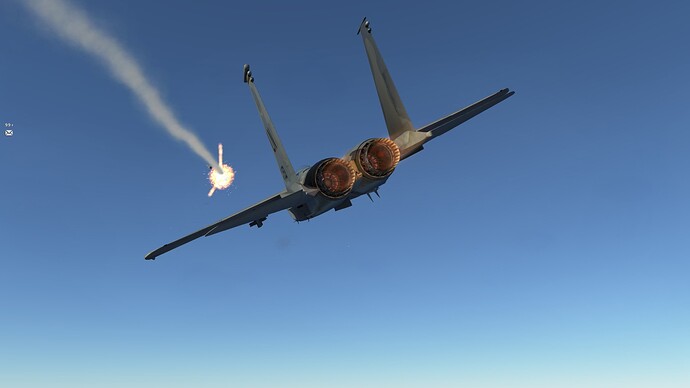 I think we all know authors, artists, pilots, and the like who have had done remarkable feats for their work. I think the authors deserve a spot among that list for: making a trip to Georgia proper, vising the actual ABL, and talking with people who stood on both sides of the conflict. I managed to convince them to allow me to take a peek in their photo-album and allow me to publicize a couple of pictures that tell quite the story.

http://mudspikefiles.s3.amazonaws.com/original/3X/6/f/6f3295d0270df239134eef1b1f56043e2a693710.jpg(image larger than 1 MB)
The snow covered peaks we’re all so familiar with. In the distance we can see Tshkinvali with one of its most prominent landmarks, the red and white TV tower.

In the foreground of the picture above we see positions that were held by the Russian peacekeepers, which came under artillery barrages from the Georgians. The battle damage lasts to this day.

http://mudspikefiles.s3.amazonaws.com/original/3X/e/4/e42735aaa3ee449f96d91d44aac660a91928ed25.jpg(image larger than 1 MB)
The next time you use someone’s barn for bombing practice, you might be destroying someone’s livelihood.

I found this image captivating as it shows Georgia is not as developed as you might sometimes think as you buzz by the skycrapers in one of the larger cities.

The Georgian War allows Eagle drivers to employ the skills they’ve learned at Red Flag 16-2 nearly a year ago in an actual combat environment. The campaign is a showcase that even for a simplified module like the F-15, you can still create captivating content even if there aren’t any buttons to press or toggles to switch. The missions are highly varied ranging from what could nearly be called airborne black ops all the way to full-scale conventional war. It’s amazing to see how the authors have studied the conflict and have their fictional take on what could have happened if the US and other NATO members would have been involved.

The Georgian War is slated for release sometime in early 2017, and will feature 15 missions.

A big thanks from Sryan and the team at Mudspike.com to both Baltic Dragon and Viper for the opportunity to preview their product. For the author of this preview it has been a great pleasure to reinforce the beta testing team for the Georgian war campaign, the Mirage 2000 campaign, and other upcoming Baltic Dragon products.

Need a refresher on how to fight with the F-15 before diving into the Georgian war? Check my F-15 combat guide!

Nice write up! Love it!

Many thanks Sryan not only for the preview, which is great, but also for all your help and remarks regarding the missions during your tests! As many people know, Sryan had a big impact (together with Gliptal and some others) on how the final M-2000C campaign looks, and now he’s giving us a lot of very useful feedback on this campaign. So thanks once again!

Good write up. Sounds promising. One question for you @Baltic_Dragon

With all the material at hand, is there any plan to create campaigns for both sides? It will be interesting to experience the same conflict from both sides.