Question for Beach...(and other rl pilots)

Given your real world experience, what are your favorite addons for dcs/xplane/prepar3d that really nail the flight modeling or “feeling of flying” experience?

I think that the default X-Plane C-172 is pretty good, but I have another (better) recommendation.

The Carenado C152 II on sale for $12.47 US modified with the free Nhadrian mod which not only adds a ton of features, but also improves the FD. There are more choices now, but when I was working on my PPL, there was more than a 50% chance that as a new pilot, you would train in a C152. Even if you don’t, this thing flies exactly as I remember it and should be faily indicative of a light trainer. Really a fantastic combination of aircraft and mod. 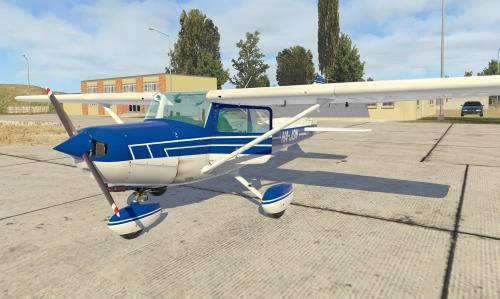 Hi, Im proudly announcing the result of an almost one years hard work, a complete (unofficial) upgrade to the old and outdated Carenado C152II v3.2 XP10 plane!!! CREDITS Id say big thank you to Mike Bos who helped a lot on finalizing the new flight...

Yeah, the default Cessna 172 in X-Plane is actually quite good. If you wanted to go a few levels deeper to really see how operating the airplane affects it over time, you can add the Reality Expansion Pack which adds a lot of extra stuff to increase realism even more. I have an eight year old son that I intend to teach to fly someday…he will probably start out in VR with something like the Cessna 172 with the REP or maybe a Piper of some sort.

In DCS World - it’s hard not to like the flight model of the original Su-25T. Very dynamic feeling and a ton of fun to land. P3D does a good job in many regards, and there are lots of add-ons to make the flight experience feel better than the default stuff…but I’m a huge fan of X-Plane and DCS flight dynamics for reasons of fluidity and dynamic interaction between flight and being a ground vehicle. Both X-Plane and DCS have fun ground handling dynamics.

I thought the DreamFoil Bell 206 for X-Plane captured the feel for light helicopters pretty well.

I agree with all what was said plus I will add folowing :

That C152 plus the Nhadrian mod is realy great bang for your bucks.

For the default XPlane C172 there are also some mods which updates the cockpit panel to diferent setups to fit your likings. They are also compatible with Reality Expansion Pack so you will not compromise your experience. 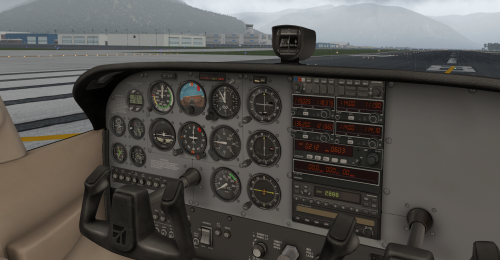 Default Cessna 172 /A - (Radio stack only, no GPS) After creating the GNS430 only variant of the C172 a lot of people requested the /A variant for no GPS so here it is! Compatible with REP Installation - To install just unzip and drop Cessna 172SP... 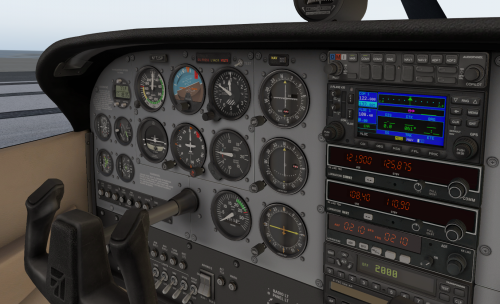 Default Cessna 172 with GNS430 + Nav/Comm Radio Stack For a long time I have been wanting someone to modify the default XP11 Laminar C172 so it would only have just the GNS430 and a radio stack instead of the GNS430+530 avionics suite that is fitted...

For Pipers in XPlane I would recomend JustFligh’s offerings.

Talking Skyhawks / Skylanes / Pipers for P3D there is ultimate solution from A2A Simulations. Check them out, they are models which contains in base package Accu-Sim extensions which makes them top of the line products hands down… but also price is top oc ( still les than one flight hour in any of them

Thanks all very much for the replies