A general discussion of wheels, pedals, shifters, handbrakes, and the like. Discus and post pictures of your home cockpit.

After struggling with handbrake turns in rally New England, I decided to find a way to mount this handbrake that’s been collecting dust since purchase Feb 2019. I have been so busy with work and moving and hadn’t been really into driving sims, that I never took the time to work out installation.

Then @Mudcat launched the DR2 League here and it’s game on. I had forgotten how much fun it is to drive like a wild man through the woods and in the snow.

Back to the handbrake. You can find it on Amazon for $89 US, but the company offers a new version for $15 more. The new one looks more like it was donated from a real rally car.

I’m a long way from the house of @Troll engineering, but even a caveman can drill a couple of holes in aluminum. The mount previously held my G29’s gate shifter, which I will need to mount again before I can drive a full manual rally. But for now, I need a handbrake more.

Me mark and drill holes Ugh 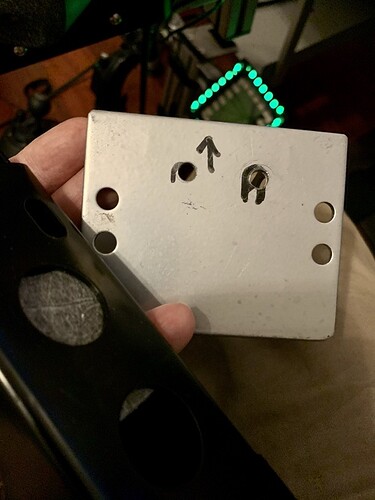 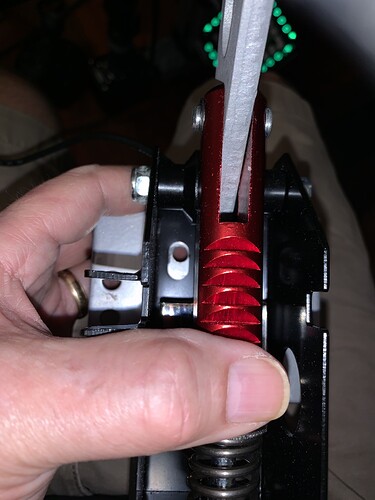 Me bolt on shifter Ugh 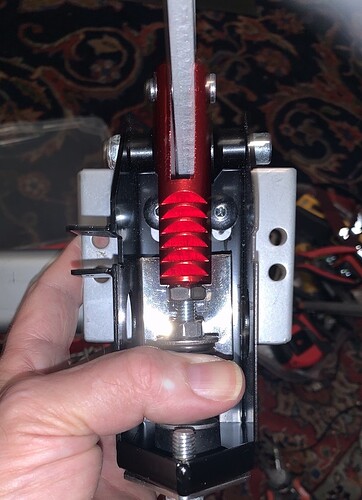 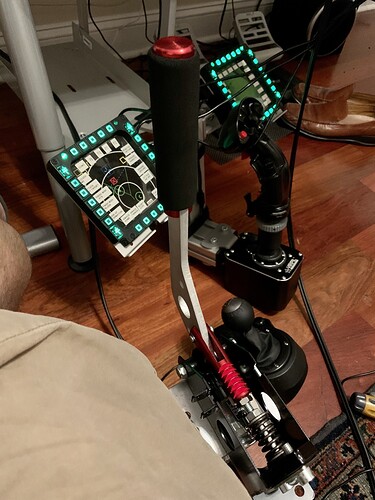 Dirt Rally 2.0 sees it and we are good to go. Will report the performance after a drive. 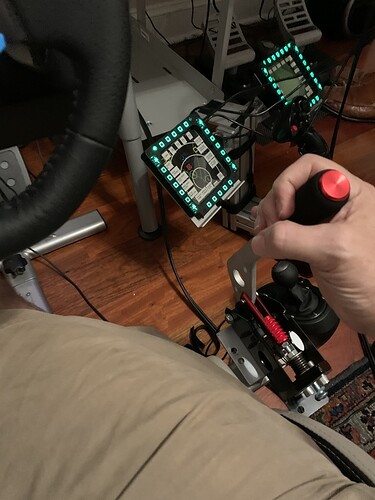 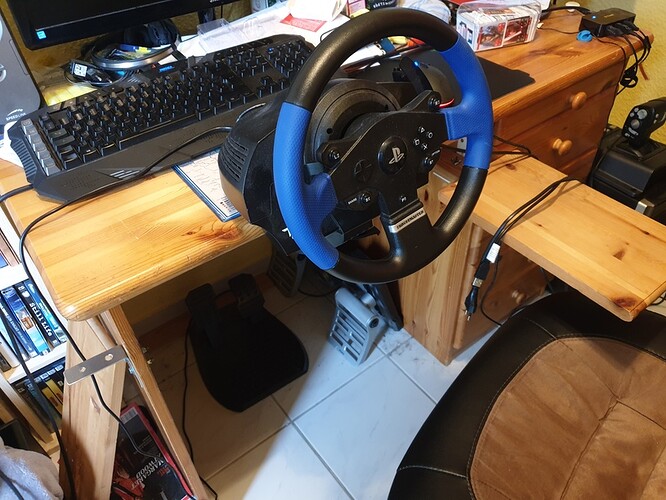 Tried out the new handbrake late last night and of course it’s a major upgrade from trying to find a button on spinning wheel. During the first few tight turns, I found myself applying too much brake, then realized that no more than half was required. Also, this is my first time in the Colin McRae pack Impreza S4 Rally. While not at the same level as an R5, what a car! Lots of fun.

Driving through the sun in those trees looks real. Great job with the vr recording. Ebrake looking nice!!!

So I was attempting to reactivate my G25 wheel which has been stored away for months this weekend.

I plugged it in and it turned a few degrees during FFB calibration and then died.

After hours of internet research I assume that one of the electic motors got clogged up with debris which led to lowered resistance which fried some MOSFETs on the PCB.

I’m afraid this is too much for my tinkering skills which is a pity because if I’m right I would “just” need to open up and clean the motor and solder two new tranistors to the board which cost around 50 cents.

Sounds like an easy fix. PCB board can be not too difficult, if your soldering skills are basic and your hands are steady. If you have a friend who is into building drones, they will have mad soldering skills, because they crash them a lot. Ask me how I know. Anyway, might also be time for an upgrade. I see the G29 on sale from some dealers for $300 and the G920 for $270. It’s built like a tank with usable FFB.

Yeah, the G29 is basically still the same design as my G25 which is over ten years old.

I will go down the upgrade road. Leo Bodnar offers some adapters to use the pedals and shifter directly as USB devices with out routing them through the wheel base.

I might still try to fix the G25 as a backup… 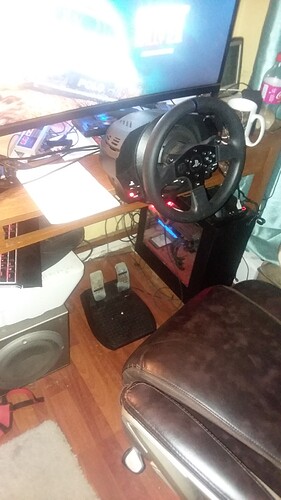 For folks not having luck getting VR to run smoothly, here is a ton of VR config information. With my 2080ti, I’ve basically been running with everything set on high, but notice occasional stutters when capturing video from my headset, especially with rain. I may try some of these settings. Do I read this right as a hosted rallycross event might not work between Oculus and SteamVR users?

Not sure but I think they are the same game now. When I run Dirt on steam, it asks me if i want 2D, SteamVR mode, or Oculus VR mode. Seems that when the game initially released there was enough uproar add both modes to steam.

Game runs like a champion on both versions. I have the settings maxed and it stays at 40. Could probably back it down some to hit 80, but it looks too good. The ASW on the rift s is pretty good, doesn’t bother me at all being at 40.

Man…I almost dare to try DR2.0 in VR…
Maybe if I pick a short stage… I want to know if it runs well…

It bothered me for 1 short stage, then once I got used to it I think that it made me about 5% quicker to run in VR. The reason is better depth of field and having the FOV closer to the center of the point of pivot in the car. In other words, easier to judge a slide than with a single, albeit widescreen, monitor. There are a ton of YT videos on the topic, and why you see a bunch of 3 monitor setups on pro and pro-sumer rigs.

Given that taxiing a plane on a runway in DCSW can still make me nauseous I kinda doubt that I can drive a Dirt Rally car in VR for very long. But I will certainly try.
Maybe DR helps me to finally become immune.

Good luck Aginor. I’ll admit that it bothered me for a little while, but now it is second nature. Maybe work on getting your FPS as high as possible and sit in the car for a while before driving. Look around at all of the details until you feel at home. The downsides for me are not being able to record replays in full screen and not knowing if one of my kids is in the room with me, getting ready to drop an ice cube down my shirt, or similar

I wish like other sims, that you could drive in VR, save the replay, then go back in 2D and edit and capture the replay. Maybe in DR3.

I tried Assetto Corsa in VR. After two laps I was feeling sick and I never tried it again. And this was on a wide track with nice sweeping turns. No hairpins or power slides…

Same happened to @komemiute if I recall correctly.
Racing games seem to make a lot of people nauseous that can play flight sims just fine.

Probably!
One of the most important factors causing nausea is a discrepancy between the inner ear and the eyes, both of which we use for balance. A motion platform mitigates that.

I got sick with pCars 2, Indy was fine, but Long Beach, not so much.

The only real drawback for me with VR and even TrackIR and driving is that the head movements don’t equate the same with being in a car.

My head may bob, but I can keep my eye’s focused on the road and on the flip side, the only time I really turn my head driving is to check for traffic, not exactly an issue here.