In Jerry Pook’s book, RAF Harrier Ground Attack: Falklands, he mentions (page 94) when leading a four-ship of Harriers and as it goes feet dry that they automatically closed up and moved into a “Fighting Wing formation”. Is this similar to a finger four? -cheers

I was of the understanding it was the Vic formation. 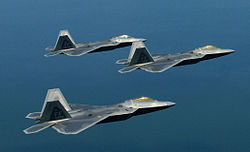 The Vic formation is a formation devised for military aircraft and first used during the First World War. It has three or sometimes more aircraft fly in close formation with the leader at the apex and the rest of the flight en echelon to the left and the right, the whole resembling the letter "V". The formation's name is derived from the term that was then used for "V" in the RAF phonetic alphabet. The formation is still in use but has been superseded or replaced in some circumstances. At the ...

Yeah it is basically the wingman flying in a cone behind lead.

Robert Shaw’s Fighter Combat Tactics and Maneuvering has a section on the Fighting Wing (page 196 if you have a copy). It seems the term was misused in your book Dan because a fighting wing is a two ship element of lead and wingman. The fluid 4 is made up of two such elements. Of course, this is just something I pulled from a book…. @boomerang10 and @Deacon211 would be the ones to talk to.

Thats how i understood it

I didn’t have that one, thanks.

I think that’s what he means, because they were maneuvering through the valleys and between hills with little clearance on either side. He mentions Peter Harris on the left and someone named J.R. on the right. I’m guessing that #4 would be in the slot or trail. Like a diamond.

So imagine this, two Fighting Wings, or two pairs, each in an echelon left. If the right lead forms on the left leads right wing, that moves the right pair’s #2 in the slot behind the left lead

And if you get that right, your next assignment will be with the Reds

Since he’s speaking of mountain flying, I’d say that he means collapsing the Flight (called a Division in the NavyMarines…see?) into a formation that sacrifices mutual support for maintaining sight.

Which, as you guys already figured out is sort of lead with a wingman in Fighting Wing, with another element/section also in Fighting Wing. The second section/element lead (or -3), being farther out, gets to choose his side and -2 balances when level. On turns, each aircraft is free to maneuver in his lane as necessary.

It’s a pretty flexible formation. In the Training Command, you’ll take the whole division/flight over the top in a barrel roll. But it does sacrifice most of the advantages of Combat Spread type formations.