I know @komemiute had mentioned this a couple of years ago - but I’m in an attic cleaning phase at the moment and am coming across some boxes of stuff. I did do a happy dance when I found two cables that I was actually looking for (monitor cables) - highly unusual for me to actually find the thing I was looking for. Usually I throw away something, and two weeks later I realize I need it. 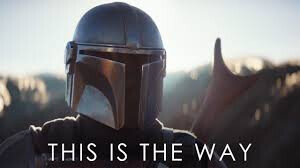 Any-who. I came across a box that has an Asus GTX 650ti OC 2GB graphics card and another PNY GeForce GTX 760 OC 2GB - are there any useful projects I could use these for? I don’t have a media server or anything like that at the moment. Nor do I have a home network server or anything…so those are things I suppose I could work on. With the boys getting ready to get set up with their computers, it is time to get the infrastructure worked out.

I would also like to retain one just in case I blow a video card in one of the four computers in the house - that way I can at least get the computer working enough to work with it at the bare minimum.

Well, if you were to do a media server you can skip on the GPU entirely. Onboard CPU graphics is sufficient for video playback, but if you were doing a server then you don’t even really have to worry about that as it is just streaming the video over your network to some other device anyway. I’d omit a proper GPU from a server for the purpose of less complexity and reduced power consumption, which also allows you to make it much smaller than a regular PC.

An emergency backup is about all I would save them for, but again - as long as you don’t have Intel “KF” processors (which have the onboard GPU disabled) you can use the built in graphics (so long as the motherboard also has some video output port). This won’t keep you gaming, but you can do recovery and repair, and regular desktop work.

The final thing is a newer lower end card could potentially be more powerful and draw less power. This is less about saving on the electric bill, and pays off more in less heat generation meaning your tower doesn’t have to be a space heater - so if the prices are good, something current is worth the expense.

So really, they may be OK to hand down to younger kids, just maybe not ones your are trying to indoctrinate into VR flight sims!

Do these guys running dedicated DCS type servers…they have a box that DCS runs on and then they connect and game using a separate computer correct? Is there an advantage to using a LAN to do multiplayer DCS as opposed to us all just joining an online MP server (I assume the ping advantages?)…

Hollo Pointe North is a second tower sitting under my desk. My LAN ping is about 1ms, so yes that helps.

My tower could potentially run the second DCS instance no problem, as the dedicated server does not render graphics - Hollo Pointe North has no GPU, but then I wouldn’t leave it running 24/7. (HPN also has some other roles as well as a home server).

While it is public, DCS picks it up on the LAN so while you see it as a Canadian server with say 10-100ms of ping on the list, I see it as no country (because LAN) and 1-2ms of ping.

The primary advantage is the dedicated server is typically less likely to crash so if my game client crashes, we don’t lose the mission, just me being part of it until I get restarted. You could host from your own game/client as well.

After that it’s that it’s running somewhere else and I don’t have to cancel the server on someone because I need the resources to do something else.

My LAN ping is about 1ms…

Thanks for the info on your setup @Wes. I’m definitely in the deep end of the pool for my abilities when it comes to figuring out the best possible configuration for the total family needs. It was pretty easy when I was the only guy in the house doing anything much online…now I have to consider the pros and cons of a few different options. As I weigh the options, I was relieved to see that the boys two new computers both have integrated WiFi, and seem to connect to the 5GHz signal just fine (the boxes are physically only about 15 feet from the wireless router…with only a single floor between them. Not sure if that would be adequate for DCS multiplayer or not…

It could be, but my preference is always the wire. I’ll admit I am heavily biased in that regard!

Part of the problem with WiFi is “silent” loss. What I mean is that while you can measure packet loss, that won’t cover problems unique to WiFi.

For example, when you encounter some interference, WiFi will try to retransmit a packet. If that succeeds, you don’t see a lost packet reported but you may still get adverse effects. (Although I think some advanced WiFi analyzers can track that, if you want to be really technical.)

If the signal is strong, you’ll probably have no issues.

If you run a LAN only game, you can definitely see if there ever is an issue with the WiFi, but if you all join an online server you’d have to try to figure out if the problem in the WiFi or the internet connection.

Well, just tell them boys should be using the probe!

I’ve never understood people who just throw their old tech in the closet after upgrading, without selling it while it’s still marketable. I couldn’t even tell you how many video cards, monitors, VR headsets etc I’ve sold on Kijiji over the years … for some pretty good coin too, like thousands of dollars worth!

I always keep my old stuff in case my new stuff breaks, 20 mins of swapping and im back up and running again, at a slower frame rate

After upgrading to a new video card, CPU, or whatever, and running it for a day or two, I’ve never had a component fail on me … and I’ve been building PC’s for over 30 years!!!

Sure, @BeachAV8R has his boys and wife to hand his older equipment down to but if you have no other PC enthusiasts in your household and you’re just throwing your older components in the closet after upgrading, you might as well be throwing thousands of dollars out the window!

I thought you of all people understood this after giving me the first like on this post!