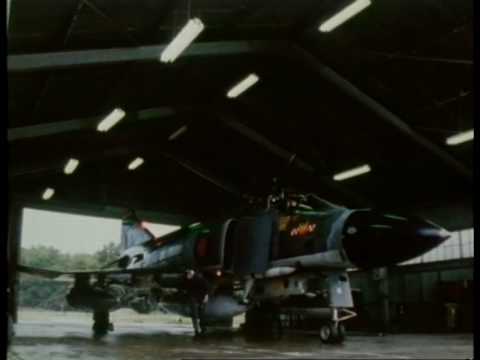 Stumbled on this short but cool video, plus dem Phantoms

I’ve always had some fascination with how air ops worked during the cold war, just ideas for hiding airports, flying out of forests and unimproved surfaces.

I love this bird

Back in my late Dads RAF tour of Germany 1972 to 75, he served at RAF Wildenrath, was in my teens at time of course but was old enough to appreciate the cold war military hardware and the Harrier GR1’s back then, there was one time me and my teenage friend’s Dad took us down to see a twin seater Harrier tethered down and hover while we watched in a sound proof booth right next to it while our fathers did diagnostics … amazing experience to say the least and especially for a lad in his early teens.

After the test me and my friend went out for a close up look and one technician puled me back, the aircraft was over a sort of metal grill area that ducted the Harriers exhaust down and away … and sure enough my shoe soles had a semi melted grille mark on them already … will always remember that experience.

I think these two vids are from early RAF Germany Harrier days?

Propaganda vid the last one for sure, but great fun.