I have always liked trains, but current train sims didn’t hold my interest much. Train sim world was cool but was still somewhat linear in my eyes. I wanted a freight train sim. I did some research and came across Run 8 While the graphics wont blow you away the rest will IMO.

So here are some screens of a Local run I did from Barstow.

Here is a overhead shot of the Barstow yard. 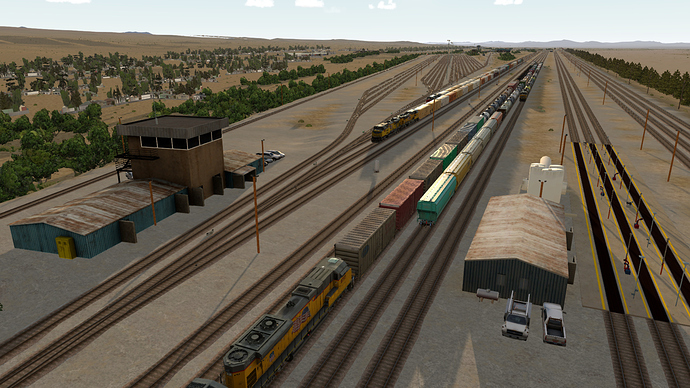 This is our train today, A BNSF GE ES44C

Here we are in the cab, On the right MFD you can see some info about our set up. 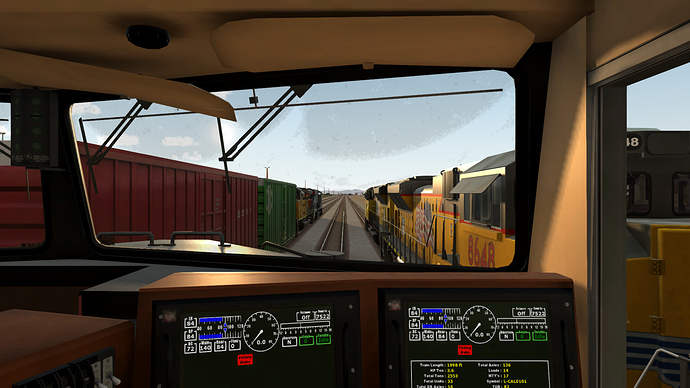 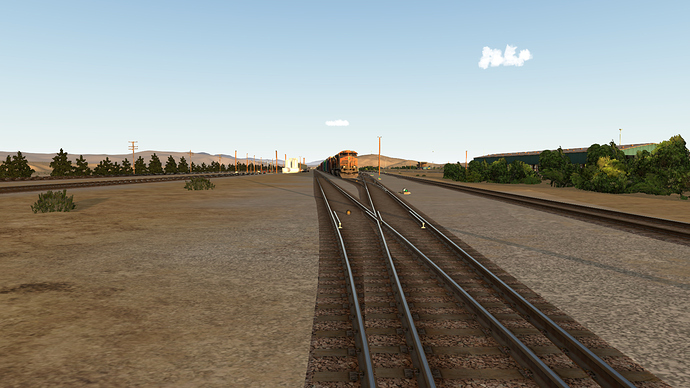 This shot here shows why throwing rail switches back to the normal\green position is important. I had planned a straight exit to the main but earlier I had to jockey some trains around in the yard and had thrown that switch and never through it back. I didnt notice until I switched tracks.

Here is the switch thrown to swap tracks, 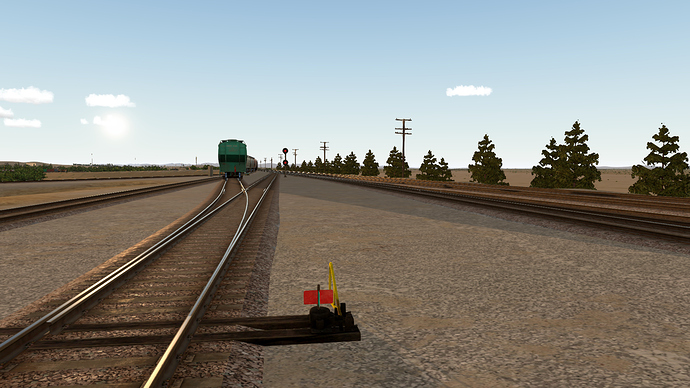 and since I have passed it here is the switch back to the normal position. 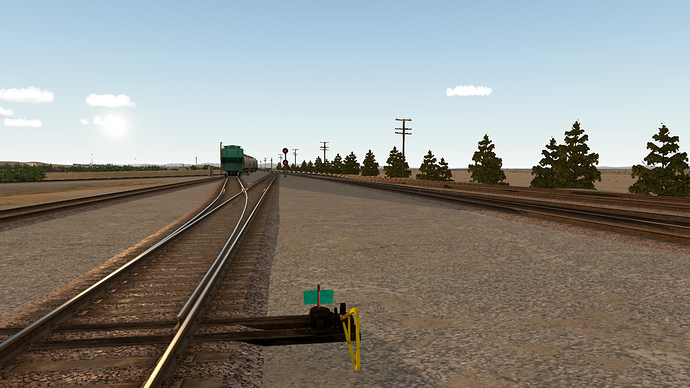 On the main going around a curve and uphill a bit

Passing a few tanker cars from a different Local run I did. 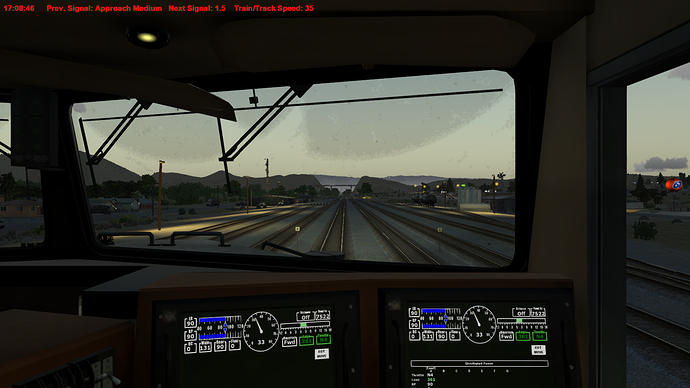 Up the hill and over some tracks,

Passing an engine from a different Local run.

Off the main track crawling at 15 mph 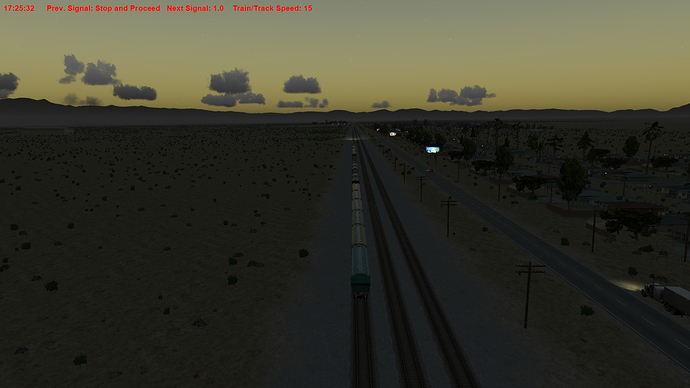 Train passed and stopped, switch throw and I turned car tags on so i can see where each car needs to go. 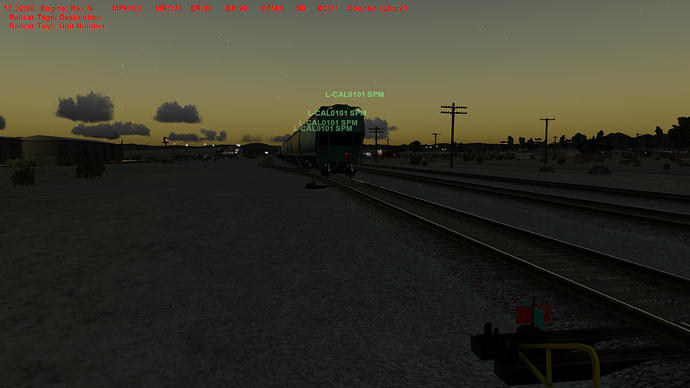 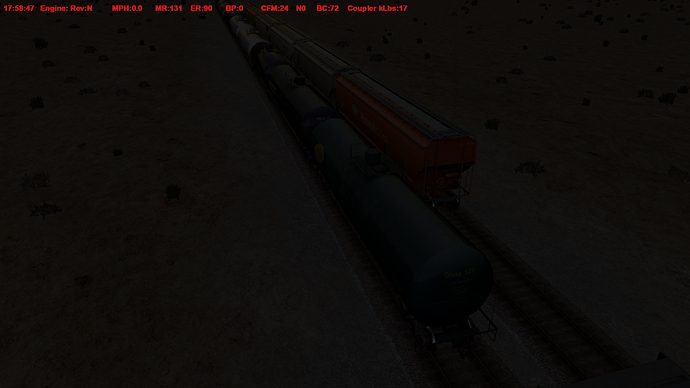 And finally the last two stops dropped off. 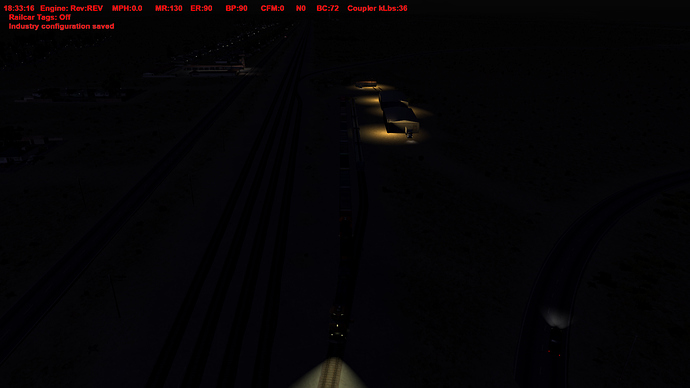 The cars i dropped off will be processed and then marked for a new destination. It will take 48 hours to accomplish.

Its a fun freight train sim. This was just a Local run, The L-CAL0101 to be exact. In the first picture you can see 5 trains waiting to leave, there are another 4 in the inbound yard waiting to be sorted.

This is very customizable. It dosent hold your hand or set random stuff up. You can have AI trains running but they will go where you direct them and are set up by you. I normally spwan in some AI trains in Arizona and have them drive up to Barstow where I sort them and then I drive the Local route.

The above local took me roughly 2.5 hours.

This is from the Cab as we pass a crossing.

This is getting up to speed,

And this is at full speed with horn a couple of times.

Took a quick Local, well it was assembled at Barstow but I sent the AI off with it until it got close.

This was a 2x2 set up, 2 locos at either end. So first we had to disconnect one end so we could push in.

All clear for push

Pushing past the parked locos 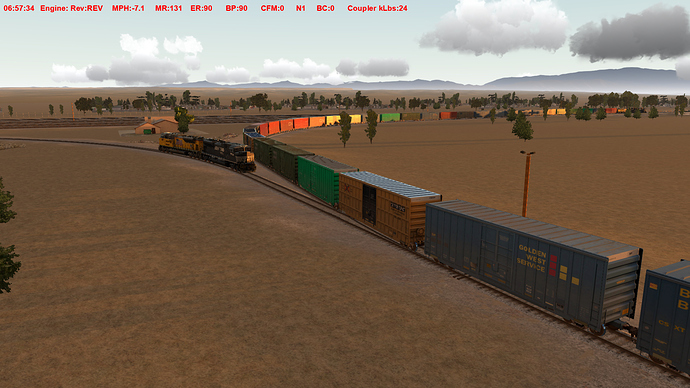 Once clear we re hook up the locos to give us 4 again.

Pushing into the spot, 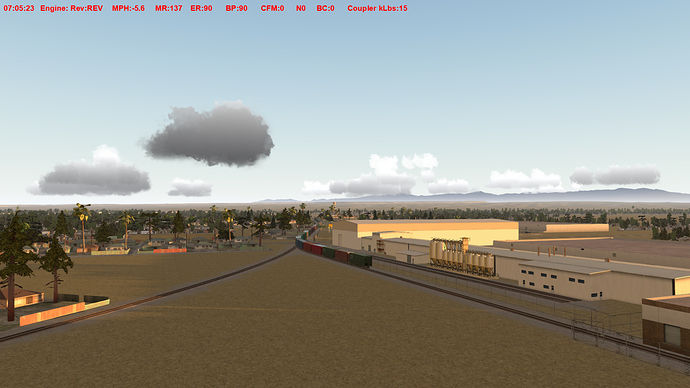 not enough room so we had to disconnect and push into an overflow spot.

All done, this part of the LS906J is complete, 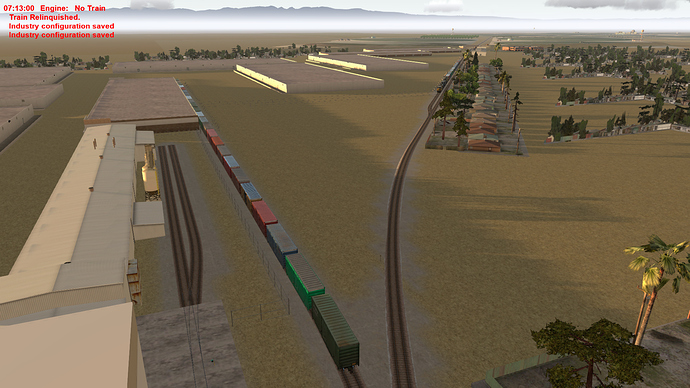 I have 3 more trains enroute with goods for the LS906J local, so more to come on that front.

While waiting for the other 3 trains to arrive I took a quick return local from Nebo Logistics to Barstow. 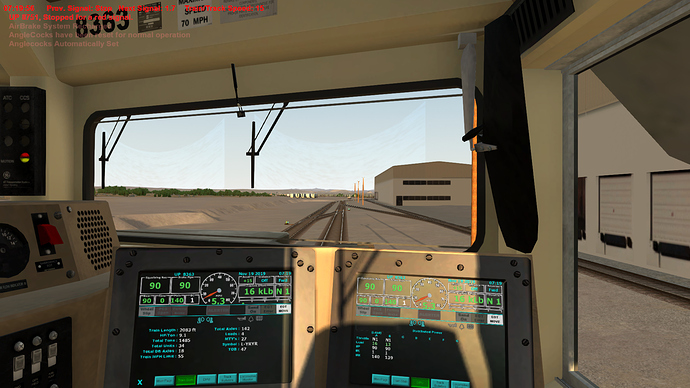 Out of the Nebo yard and onto the main 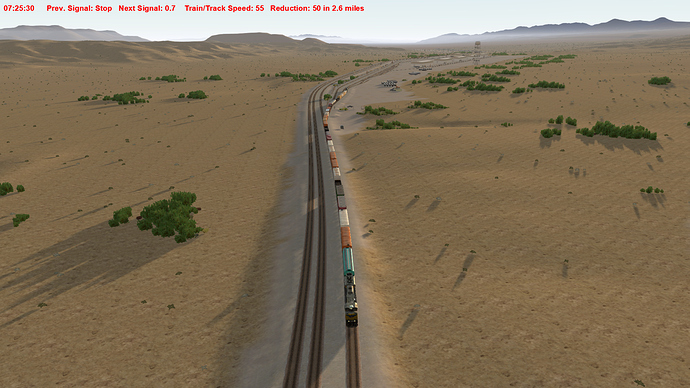 Coming into the Barstow Receiving yard

Lots of lights and tracks as we approach the yard. 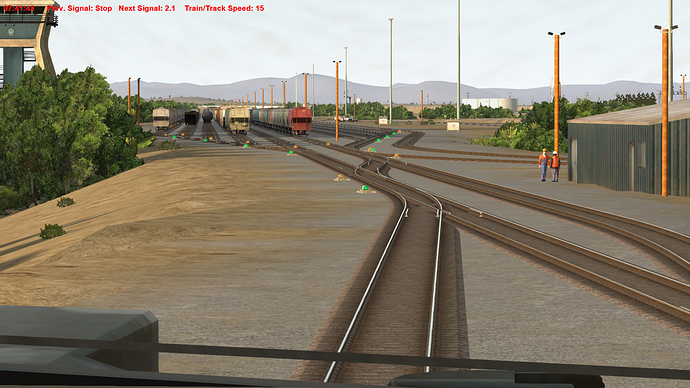 Yeah. That’s a good analogy. I wish it was more user friendly like x plane is when it comes to editing stuff. But it’s a pretty damn good frieght train sim.