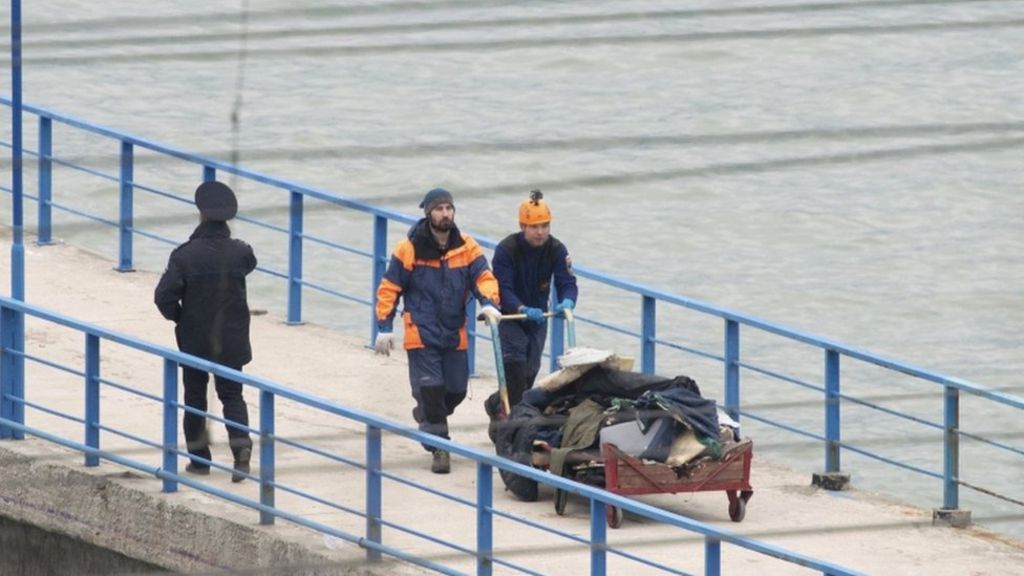 All 92 people on board a Russian military plane are feared dead after it crashed into the Black Sea.

About time they retired those 154:s…

About time they retired those 154:s…

Those 154 really aren’t bad, most of the deadly incidents are human factors attributed. One might reasonably argue that the cockpit design never got properly upgraded allowing for many human errors to play a significant factor in deadly accidents.

Many aircraft accidents are attributed to ‘human factors’. This is because you can always find something that you can blame the pilots for. But why a trained pilot made a mistake…? That’s the interesting question. Was the technical problem presented in a way that could be reasonably comprehended? Did the pilot react to the correct problem?

Why did an entire crew watch their Airbus stall out and hit the sea? Why did one pilot nosedive his CRJ-200 into the ground from steady straight and level flight, just because his artificial horizon told him he was pitching up?
There are a lot of accidents that at least in part can be blamed on human error, and could’ve been saved by the correct action. But there are far more technical problems that don’t end up as a hole in the ground, because a human interfered.

The Tu-154 is an old design, but the larger issue is training and maintenance… It’s not like they are pouring money over these old crates.

The Tu-154 is an old design, but the larger issue is training and maintenance… It’s not like they are pouring money over these old crates.

This. By comparison to other modes of transportation, aircraft are babied even at their worst. This is, of course, out of necessity.

I read they have grounded the 154 fleet pending the investigation…