Took it up against some serious hitters to show its capabilities to a fellow DCS pilot: That near miss was fantastic! So close.

I have a lot of fun with it. Despite what people are saying about it being twitchy and hard to control I personally like the sensitivity a lot. Pedals are a must imo but other than that I enjoy controling this whirlybird with just my fingertips.

There are some weird behaviours, especially with the altitude hold (not auto hover!) and speed hold AP engaged that don’t feel right but I’m sure that’s going to be worked out eventually.

Here’s the most intense moment of that flight: Close Call in the Gazelle

I popup, immediately get locked and then as soon as I have my camera in its vicinity the Tor launches …

Wow!
Now I have to get the Gazelle… I already have way more aircraft than time to fly.

I promise you won’t regret it.

With its limited armament, missions need to become more focused imo. The Gazelle needs selected targets that need to be destroyed instead of having a free for all in the target area. I’m thinking about having a very strict flightplan, sneaking in, destroying predesignated airdefences or armored targets like BMPs, MBTs, Bunkers, SA-15s, SA-18s, SA-3s, SA-6s, SA-8s or even bigger ones and then send in transport helis with groundtroops and A-10C Warthogs to support them.
After you’ve expended your weapons you can stay in the AO and act as a spotter/AFAC for the other players.
Passing coordinates to the A-10C should work nicely for example (using the NADIR).

This is so coming together…
Slowly, I’ll admit it- slower than I like, but surely we’re getting there!

Exciting times, my Brother in Arms.

Yeah - I’m gonna have to buy the Gazelle too. I was really bummed I missed the Gazelle + NTTR sale last weekend. Hopefully they repeat it soon or have a site-wide sale. I also still need to pick up the Mirage. I know, I’m a slacker…just been soooo busy with projects that I haven’t felt the need to whip out the credit card yet.

To be honest, the Gazelle was an impulse buy. Despite Spiderpig being extremely enthusiastic about it I never really warmed up to this particular helicopter, I just wanted my Bo-105.
So I come home late on Friday, extremely tired, just wanting to fly some DCS to relax, preferably something relatively new like the Mirage 2000C or the L-39C/ZA. But when I checked the forums to find someone to fly with I saw the Gazelle was out, decided to just go for it, got on multiplayer to fly and it was AMAZING!

It has an absolutely fantastic external 3D model, one of the best modeled cockpits in DCS (right up there with the MiG-21Bis, F-86F and L-39 Albatros!), flies beautifully and the best part: it feels very finished.
Sure, there are bugs. Some systems need work (especially the auto pilot modes) and some flight model charasteristics feel a bit off to me - I haven’t managed to even come close to something vaguely similar to an autoration for example - it just drops like a rock once the engine shuts down - no chance to recover.

But overall it is very good. Extremely nimble, I can fly it with just a few fingers on my joystick and as I’ve shown here it is a very capable heli in the right terrain, even against something dangerous like a radar SAM.

It’s how you want a first release of a 3rd party dev, or any developer for that matter, to be. 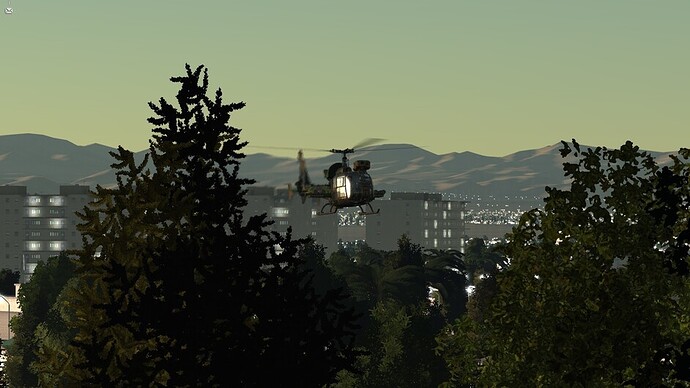 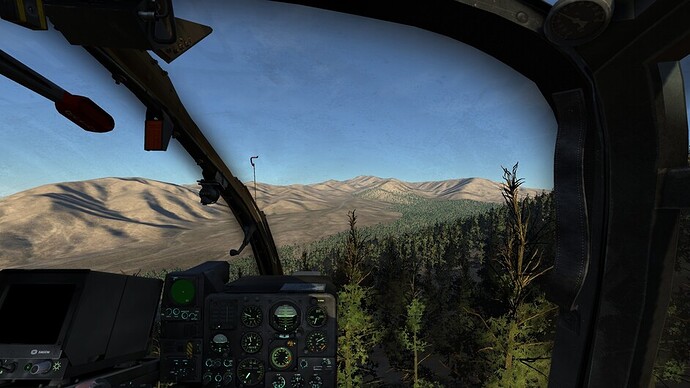 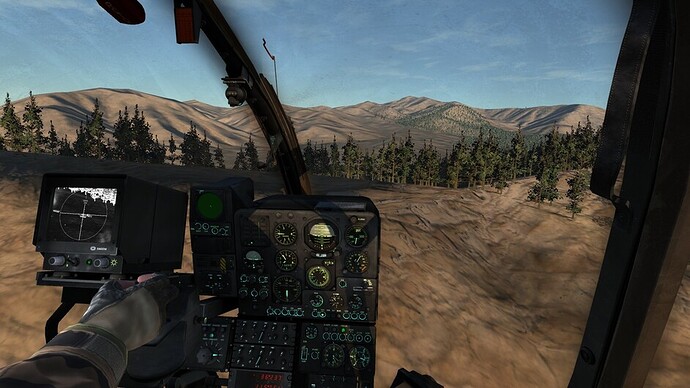 I myself am really enjoying this helicopter as well. Been exploring options in the mission editor with triggers etc. in order to use this helicopter solely for recon missions. Stuff like trying to locate well hidden ENY ground vehicles and calling in artillery and AH-64s to deal with them. I think the possibilities are endless in terms of mission design and creation. It really is a well-balanced module for the DCS World.

I think people need to understand when they describe the aircraft as"twitchy" that the gazelle is much smaller than the other helicopters in DCS. Add to that the fact that its power to weight ratio is pretty large and you have a mix for a fast little bird. I have also been told that many helicopters you essentially fly with your fingertips. Having a short joystick on a desk does not work well for this kind of piloting.

That being said I love the little guy and those wire guided missiles are probably too much fun to shoot.

I actually have a video rendering right now where I talk about the control setup and controllability of the Gazelle. I’ll make sure to post it once it’s up on my channel

Dude - that was beautiful! Very impressive!