I knew about the DEW line but I had not heard of this Cold War defense program.

SAGE, the Semi-Automatic Ground Environment, was the solution to the problem of defending North America from Soviet bombers during the Cold War.

It’s not unusual to hear that a particular military technology has found its way into other applications, which then revolutionized our lives. From the imaging sensors that were refined to fly on spy satellites to advanced aerodynamics used on every modern jetliner, many of these ideas initially sounded like bad science fiction.

So did this one.

To defend the United States and Canada, a massive array of interconnected radars would be set up across the two nations. Connected by high-speed links to a distributed network of computers and radar scopes, Air Force personnel scan the skies for unexpected activity. One day, an unidentified aircraft is discovered, flying over the Arctic and heading toward the United States. A quick check of all known commercial flights rules out a planeload of holiday travelers lost over the Northern Canadian tundra. At headquarters, the flight is designated as a bogey, as all attempts to contact it have failed. A routine and usually uneventful intercept will therefore fly alongside to identify the aircraft and record registration information.

Before the intercept can be completed, more aircraft appear over the Arctic; an attack is originating from Russia. Readiness is raised to DEFCON 2, one step below that of nuclear war. Controllers across the country begin to get a high-level picture of the attack, which is projected on a large screen for senior military leaders. At a console, the intercept director clicks a few icons on his screen, assigning a fighter to its target. All the essential information is radioed directly to the aircraft’s computer, without talking to the pilot.

By the time the pilot is buckled into his seat and taxiing to the runway, all the data needed to destroy the intruder is loaded onboard. A callout of “Dolly Sweet” from the pilot acknowledges that the data load is good. Lifting off the runway and raising the gear, a flip of a switch in the cockpit turns the flight over to the computers on the ground and the radar controllers watching the bogey. A large screen in the cockpit provides a map of the area and supplies key situational awareness of the target.

The entire intercept is flown hands-off, with the pilot only adjusting the throttle. The aircraft, updated with the latest data from ground controllers, adjusts its course to intercept the enemy bomber. Only when the target is within the fighter’s radar range does the pilot assume control—then selects a weapon and fires. After a quick evasive maneuver, control returns to the autopilot, which flies the fighter back to base.

This isn’t an excerpt from a dystopian graphic novel or a cut-and-paste from a current aerospace magazine. In truth, it’s all ancient history. The system described above was called SAGE—and it was implemented in 1958.

Read the rest of the article at this link: https://arstechnica.com/science/2022/01/the-most-important-computer-youve-never-heard-of/

Yeah I’ve heard about it before on the Fighter Pilot Podcast.
Pretty cool stuff.

Never heard of that. Very cool.

The SAGE was a real-time, computer based command and control system designed in the late 1950’s and fully functional and deployed by 1963 and used up though 1983. This automated control system was used by NORAD for tracking and intercepting enemy bomber aircraft. In the later versions the system could automatically direct aircraft to an interception by sending instructions directly to the aircraft’s autopilot. The system consisted of 24 Directional Centers around the United States as well as 3 Combat Centers. Data was collected at each of the directional centers from over 100 different sources such as radar, human volunteers and aircraft sightings. This information was collated and forwarded via telephone communication lines to one of the three combat centers. The information was interpreted by the computer and displayed on something totally revolutionary for that time period: a cathode ray tube display screen. The display, while similar to a radar screen, was extremely versatile. The operator of the terminal could pull up past positions of aircraft or missiles, as well as project future locations. In addition, the system used another feature far in advance of its time: a light gun. The gun was used by the operators to point at an aircraft on the screen, and the computer would respond by displaying related identification information about that aircraft. The system has the dubious distinction of holding the record for the world’s largest (physical size) computer ever created.

By the time the SAGE system was fully deployed, it was obsolete, no match for the speed of new ICBMs. SAGE was never designed to counter a space or missile threat. It was designed to counter the air threat. SAGE was operating long after the ICBM threat was recognized. Maybe it would have been closed due to ICBMs had the Soviets gotten rid of its manned bomber force and maintained only the Strategic Rocket Forces. SAGE was eventually closed because the bomber threat diminished, thus the mission became airspace sovereignty not defense. Some SAGE centers continued to operate until 1983, more than 20 years after its technology was obsolete and its mission rendered militarily insignificant by the ICBM. As a final irony, in the last years of its use, replacement vacuum tubes had to be purchased from Soviet-bloc countries where they were still being widely manufactured. Nevertheless, SAGE was extremely important and its many technical advances in on-line systems, interactive and real-time computing including modems for communication between sites over telephone lines, networking, light guns, graphical displays, and reliable magnetic core memory. The technology led to Sabre, the airline reservation system still in use today.

The SAGE system and its development is generally considered to be one of the most advanced and successful large computer systems ever developed. According to Jim Ray, “SAGE was one of the engineering marvels of the century. In fact if it looked better, it might have been ranked with the Eiffel Tower, the Saturn Rocket or the Golden Gate Bridge for engineering accomplishment. It also pioneered some of the most of the important technology used to facilitate internet processing today: i.e., the modem, the mouse [light gun], multi-tasking, array processing, computer learning, fault detection, magnetic memory, and interactive computer graphics. Most important, it worked well enough for each center to coordinate about 100 operators , track 300 simultaneous flights, control numerous sorties against a maneuvering radar-jamming ‘enemy’, and coordinate ‘friendly’ NIKE and Bomarc defenses.” IBM built the SAGE hardware based on the Whirlwind computer design at MIT. The software was written by The Rand Corporation and the System Development Corporation (SDC) and employed about 20% of the world’s programmers at the peak of the project. When it was complete, the 250,000 lines of code was the most complex piece of software in existence.

Each of the 27 SAGE installations had two separate computers, the second serving as a “hot standby” in case the active computer failed. With this backup, availability was an unprecedented 99.6%, when many other computers from that era would fail every few hours. The computer weighed 300 tons and typically occupied one floor of a huge windowless 4-story concrete blockhouse. On another floor, dozens of Air Force operators watched their display screens and waited for signs of enemy activity.

Some SAGE centers continued to operate until 1983, more than 20 years after its technology was obsolete and its mission rendered militarily insignificant by the ICBM. As a final irony, in the last years of its use, replacement vacuum tubes had to be purchased from Soviet-bloc countries where they were still being widely manufactured. 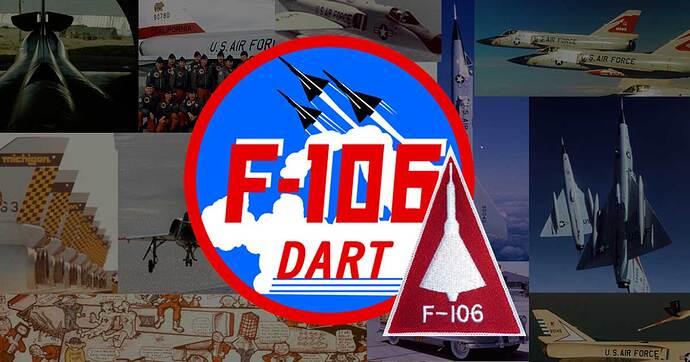 Read about the Automatic Flight Control System (AFCS), MA-1 and SAGE systems of the F-106 Delta Dart Ultimate Interceptor the last of the Century Series Fighters

The URL I had was dead but luckily they had just revamped the old website.

As a final irony, in the last years of its use, replacement vacuum tubes had to be purchased from Soviet-bloc countries where they were still being widely manufactured. 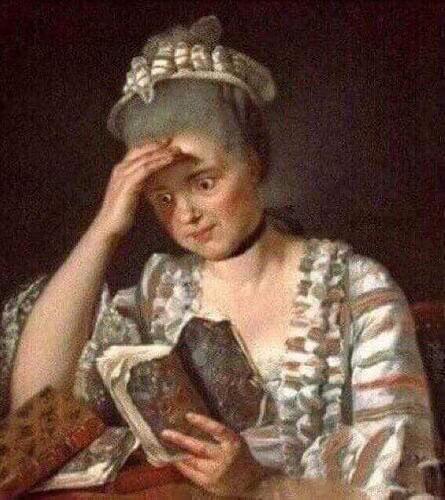 I have always thought a sim based on the SAGE system would be an interesting subject.

LOL! Reminds me of Colossus the forbin project, and other sci-fi where all too much control is given to an automated system. Very 1960s! I loved that movie!

And Eric Braeden was the man in the ‘60s-‘70s whether you wanted an all powerful, mankind subjugating computer built or just had a couple of talking apes that you needed to quietly disappear lest they, well, subjugate man.

Come to think of it, Eric Braeden was kind of a big deal in the subjugation department.