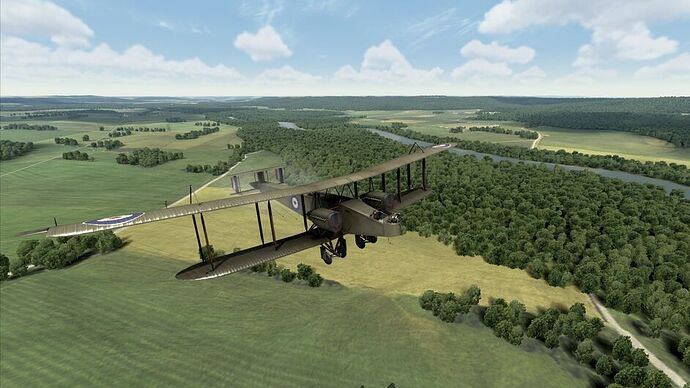 I should be able to join later tonight, after I’m done working on the truck.

The huns have grown brazen, leapfrogging their artillery installations ahead of the line, decimating our supply lines and forward positions. The aggressive strategy has been paying off, but it’s time to take advantage of their vulnerability - their guns may be in our backyard, but their air cover isn’t! Time to hit them from the Handley Page! 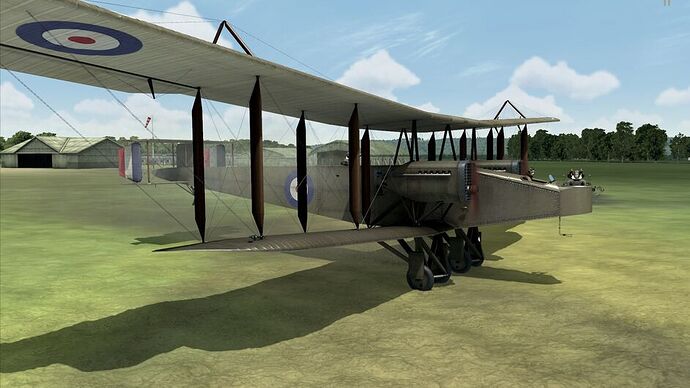 She’s a big boxy beast, but there’s something dainty about her takeoff roll - like she’s balancing on her tippy toes

Climbing is not easy for this bird. Thrust-to-weight ratio wasn’t really a thing in WWI, and climb rates are frustratingly slow. It takes great patience to get to a decent bombing altitude. A lower altitude is better for climb time and bomb accuracy (impact points are less sensitive to input errors with shorter drop times) but it also leaves the aircraft within reach of ground fire. This artillery station doesn’t have any big AAA threat, so we’re got to run in at 3,000ft. 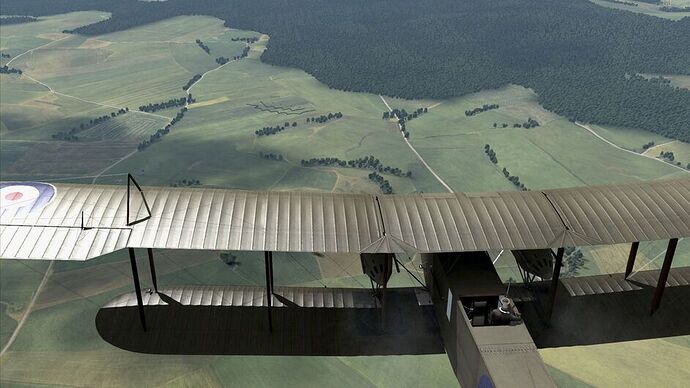 At altitude, I line up on the target with plenty of run-in time to allow the speed to settle out, and to setup and line up the bombing computer.

For the first pass, we’re going to drop a handful of bombs on the tents, to check our input accuracy, then we’ll swing around and line up on the guns themselves. 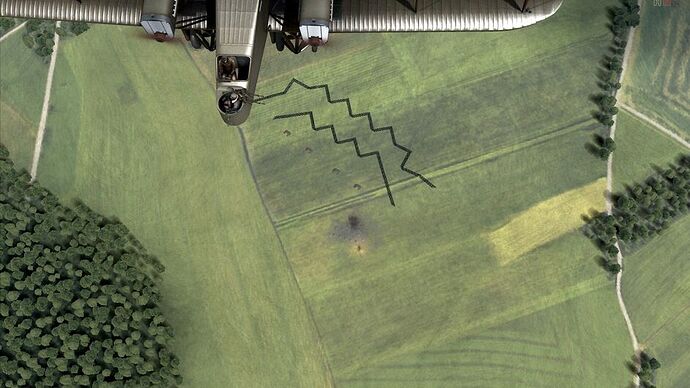 My three bombs bracket the the tents, falling a hair long - either my speed is set too slow or my altitude too high - but the bombs are effective. I’ll have to remember the targeting error on the next pass as the guns are much smaller targets and the revetments will make them more robust to large miss distances. 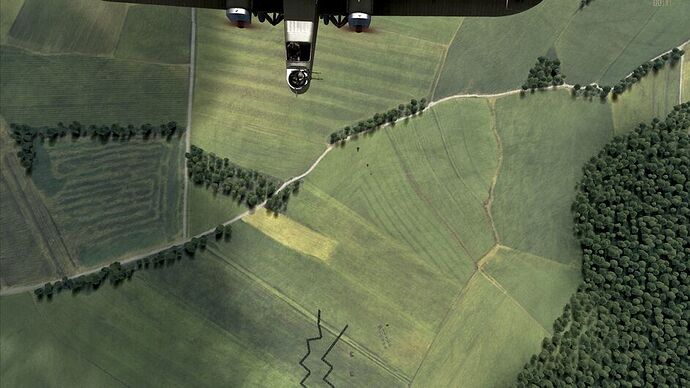 Dropping one 250lb bomb per gun… 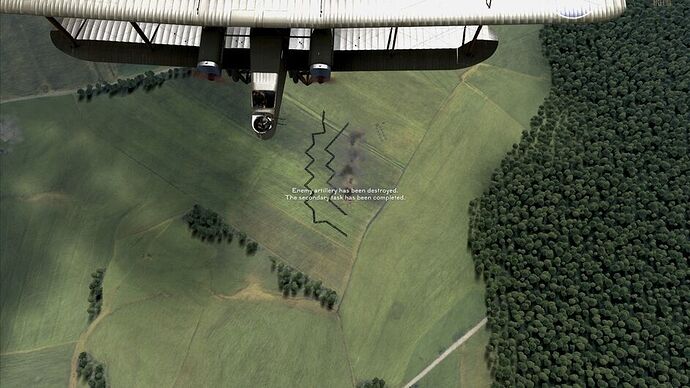 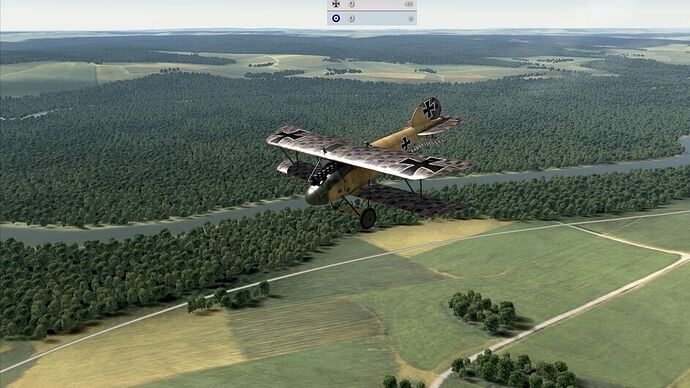 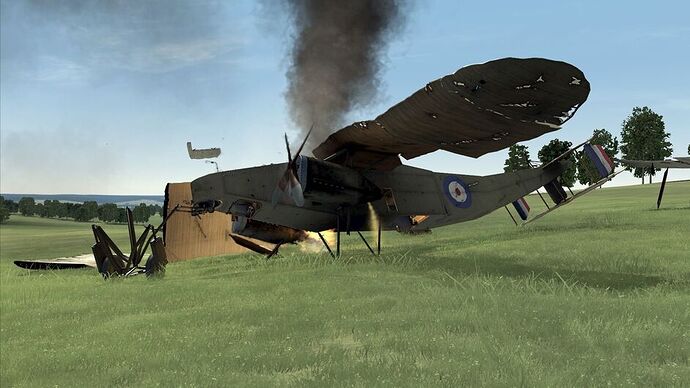 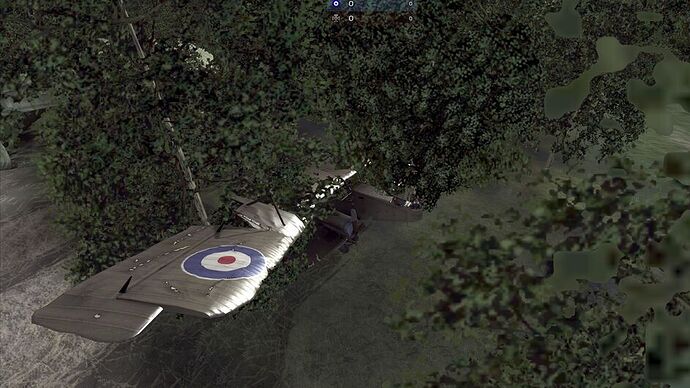 This one wasn’t my fault, I swear! Goofy spawn puts me right in the forest. 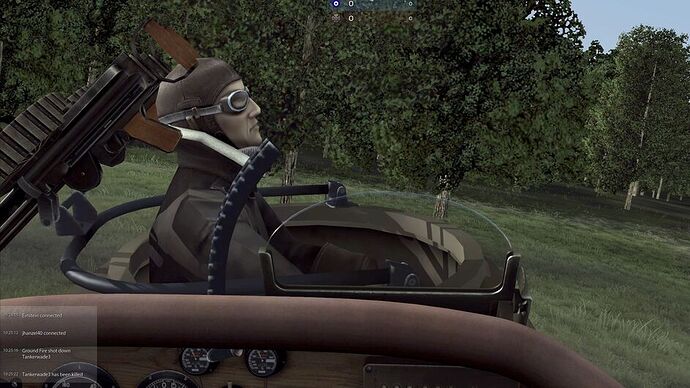 “Shall I get out and start chopping trees, sir?”

You know you intimidate your enemies when they take to sweeping attacks on your bomber instead of standing still for your gunners to shoot down. In a flight tonight we pushed this enemy to his limit and he even rammed us. I didn’t grab a pic of our demise, but here’s his aircraft with incriminating body damage. 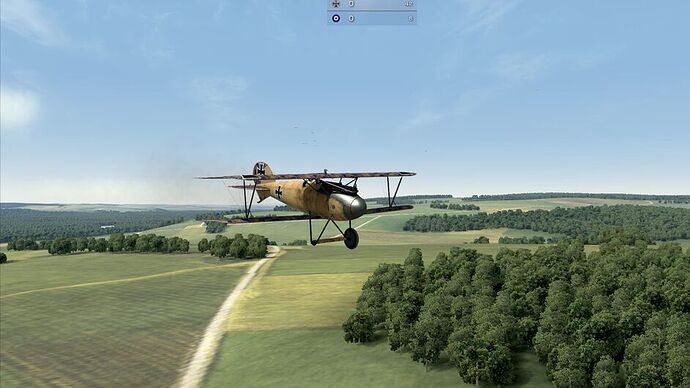 I’ll be in and out for the rest of the day, and Viggening for most of tomorrow, but I’m looking forward to the continuation of the stories!

sigh
I could’ve been a contender…

Best type of envy here.
But I’ll be there, next time!

In todays Rise of Flights shenanigans…

Wish I was there! 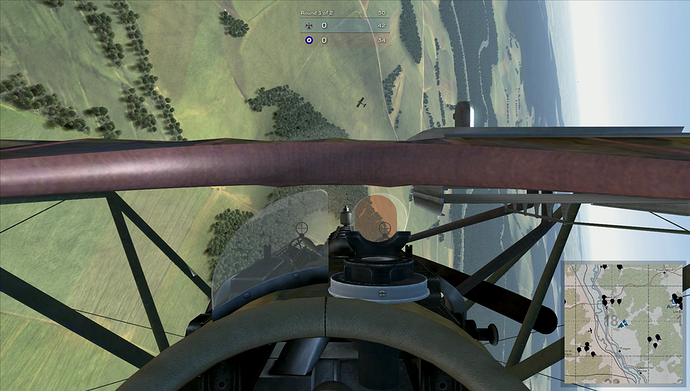 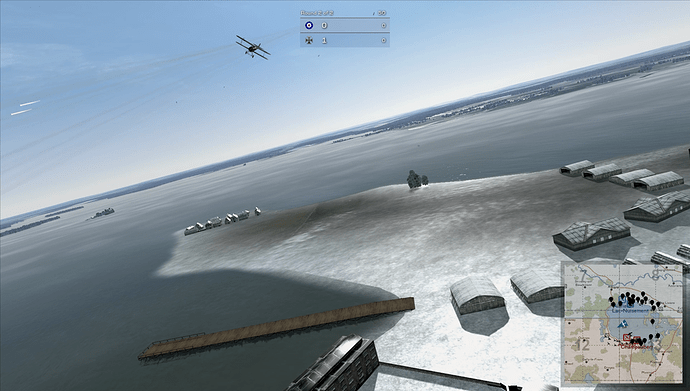 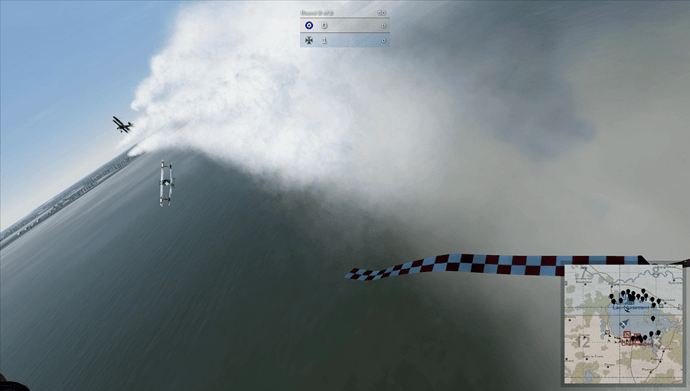 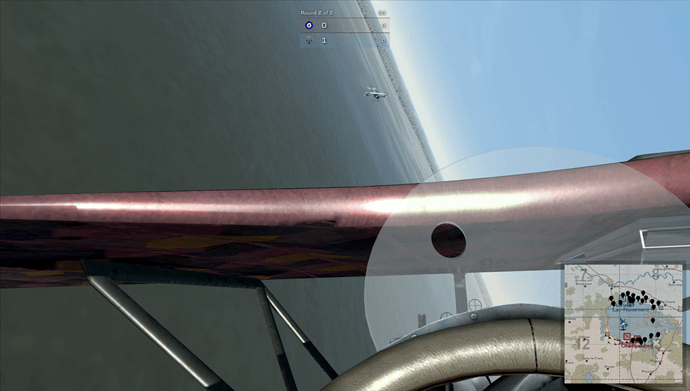 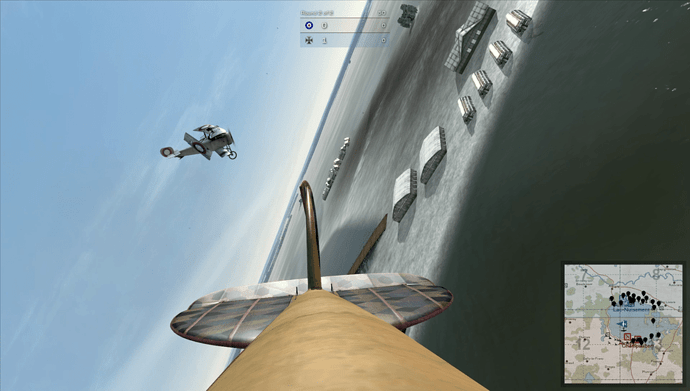 I know next to nothing about these birds. Each time I install RoF it is for a fly in and I tend to get no time getting to know an airframe before hand. I am a lemming in the sky

Too bad I couldn’t be on last night but I’m available for 2 hours from now on. Let’s go!

Now to which joystick buttons did I bind the mixture, let’s see…

I know next to nothing about these birds.

I know literally nothing about these things other than they’re dangerous at both ends and shifty in the middle.

When in doubt ram @Maclean

My strategy is to let others become bait and them shoot down the guy chasing them. Bonus points if I don’t shoot down my countrymen by accident.