After hostilities have broken out in Central Europe, the race is on as a pressured US Navy escort force battle off Soviet bomber and submarine attacks on a perilous quest to reinforce NATO defenders in Europe. Meanwhile, in the Persian Gulf, the conflict between Iran and Iraq risks escalating into a larger confrontation between superpowers as both sides indiscriminately attack neutral merchant shipping. And in the Norwegian Sea, an outnumbered Soviet surface force challenges the might of a massive US Navy amphibious force bound for occupied Norway…

Brought to you by the lead designer of Cold Waters , Sea Power lets you control NATO and Warsaw Pact forces in a modern naval conflict. Whether it’s gunning it out with Boghammars in a surface duel, fighting off aerial attackers armed with long-range missiles, or hunting for enemy submarines with aircraft and surface ships, advanced weaponry and sensors are at your disposal. Can you successfully hide your forces while detecting and tracking theirs? It is up to you to play an advanced game of cat and mouse on the high seas, to seize the initiative and attack with the advantage of surprise on your side. And at all times, you have to observe rules of engagement and take care not to cause an unnecessary incident that could lead to escalation. After all, you cannot really be sure just who that radar contact at 30.000 feet is, can you?

What is Sea Power?
Sea Power is a cinematic tactical and strategic naval simulation game set in the Cold War era. You will take command of NATO or Warsaw Pact forces in a modern naval conflict. The scope and gameplay is inspired by games like Jane’s Fleet Command and EA’s Strike Fleet.

When is the release date?
This has to be determined. Sea Power is still in development, a release date will be announced as soon as we are happy with the quality of the game.

How much will it cost?
Pricing has not been defined yet.

Which factions are playable?
You can control forces from the NATO and the Warsaw Pact.

Will there be a scenario editor?
Yes. The scenario editor is an important element of the game. Scenarios can be exported and exchanged between players.

Can Sea Power be modded?
Modding is a very important aspect of Sea Power and so it will be heavily modable. All ingame objects like models, textures, sounds, etc can be replaced or even added. We use so called asset bundles for that and will provide tutorials and templates for you to guide you through this. Behavior and AI will be scriptable. Additionally there are data files which describe every single unit so you can not only alter the visual things but also the physics and behavior. All text messages are exposed in files as well so the language can be changed too.

Will multiplayer be available, either PvP or Co-Op?
Not initially with the release. But we want to add it with an update depending on how well Sea Power is received by the community and how much interest for multiplayer is there.

They had me with the A5 Vigilante.

They had me at their previous title lol. This is going to be excellent.

@PaulRix ,
Could you imagine trying to get a A-5 on the boat at night, in a Storm ! The thing is HUGE for a CV based Aircraft, as I am sure you know, but add to that the flat surface area of its profile too, wow.

Had to be like flying a kite in a Hurricane !

A-6.
They are OBVIOUSLY talking about the Intruder!
OK…i therefore have to have it.

Could you imagine trying to get a A-5 on the boat at night, in a Storm ! The thing is HUGE for a CV based Aircraft, as I am sure you know, but add to that the flat surface area of its profile too, wow.

Stephen Coonts mentions that in The Intruders, the chronologically direct sequel to Flight of the Intruder.

In my opinion, it’s probably the most beautiful jet ever to fly from a carrier, closely followed by the Skyray.

Them planes were built for speed for sure. Just look at the crusaders, that ground clearance for God’s Sake… Feels like all these people designing planes told themselves “ah, cool, carriers are twice as big as they used to? Fells like an airbase to me. I’ll make my planes twice as big. And twice as fast too!”

beautiful jet ever to fly from a carrier

Agree! followed by the Goshawk, the Tomcat and the Rafale though

Been watching this one for a while, waiting for it to come out. This one and “Task Force Admiral.” This is looking absolutely yummy. Looks to have much potential. 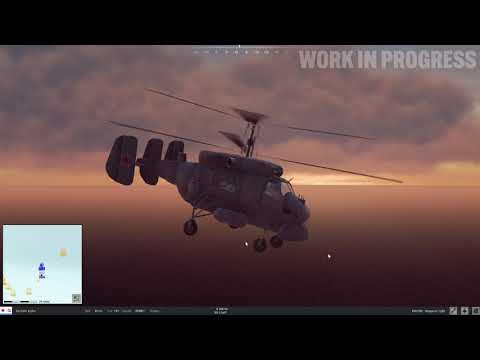