Should you land flaps up or down in this situation

I was in a bf-110 one side of the flaps got blown off also half of the rudder.

In any event I put flaps at 100%. Well, this made the plane want to roll violently over. You can see the landing in the vid. I’m now thinking maybe it would have been a good idea to raise flaps. Anyone been in this situation before? I second @aginors advice here.
In general, when you have flight control issues, you need to be careful with any configuration change such as gear and flap, which could put your aircraft out of trim.

Another thing… Do the flaps come off rather often, in IL-2 GB?

Funny thing this fascination with flaps. They are the most unimportant control on the airplane. Whether they work or not, so long as they don’t deploy asymmetrically, has little bearing on the safe outcome of the landing. When in doubt, leave 'em up.

A lot of aircraft have a system that compares the position of both sides. If the flaps don’t match within tolerance then the aircraft will not let you deploy asymmetrically. I had that happen to me both in the King Air and the Challenger. No big deal as Eric says above… but you do need a good bit more runway! We also train for flapless landings at every recurrent training event.

The El Al 747 Disaster at Amsterdam was caused by a engine departing the aircraft in an unscheduled way and taking bits and bobs of the flap system with it. When the pilots deployed flaps for landing the asymmetric lift caused the aircraft to bank into an apartment building.

bearing on the safe outcome of the landing

Landing distance could be a bit long…never even practiced with landing heavy with flaps up since landing roll is bigger than runway available.
Edit.
In 135, we do have manual flap extension checklist which gets practiced often. Does civ aircraft have same?

We do. I’ve done a few actual Flaps 5 landings in the 737. Our “classics” were prone to flap issues. I recall having one Flaps 15 landing with alternate extension on a NG. That was a non-event. I mean sure, with a swept-wing airliner, flaps can make a 50 knot difference in landing speed. But the OP tends to fly WW2 stuff and for those, even the B-29, it really just doesn’t that make much difference when leveled against the host of potential REAL problems those pilots had to worry about. Let’s put it this way: If I get to choose between a stuck seat-back recline OR flaps stuck symmetrically at 0, I’ll take the stuck flaps. I know Tinian is plenty long enough for the 30 mph faster landing, but I would probably have to go back to Honolulu to find a decent chiropractor.

I mean sure, with a swept-wing airliner, flaps can make a 50 knot difference in landing speed.

30F landing requires power pull to idle at like 300 feet. I guess 0 flaps is like 500 feet…lol. Never done it inside a jet. Sims are rather poorish at landing behavior.
But I do recall a sim ride with asym-flaps…co-pilot wasn’t watching what should be watching and we all cratard. So yeah, flaps up is better.

engine departing the aircraft in an unscheduled way

Ok, so this leads to the inevitable question of when there has ever been a scheduled engine departure from any airplane?

But yeah, better to land with no flaps, and for that matter no gear, than to have some of it down. The drag and lift alterations can be fatal.

Ok, so this leads to the inevitable question of when there has ever been a scheduled engine departure from any airplane?

Quite often, we usually have the deal that they keep them on the ground and then we gently remove them! It’s awfully hard getting the stairs and platforms to reach high enough if they keep moving about with them

inevitable question of when there has ever been a scheduled engine departure from any airplane? 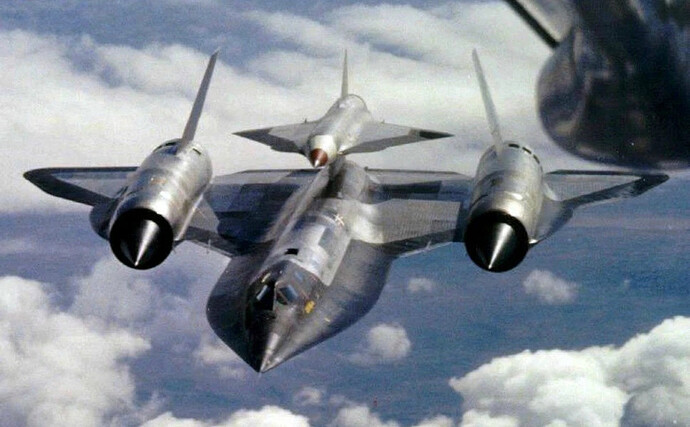 You could also argue it happens whenever you air launch a cruise missile with a jet engine.

Ok if any imbalance with flaps keep em up!