Dropping this in Hangar Flying, because Assetto Corsa is a driving simulation and IMO, as such, not a “game”. Perhaps we now need a Motorsports Simulation, Racing Simulation, or similar section. Put DiRT Rally, Assetto Corsa, Project Cars, etc posts there.

Singer Vehicle Design, founded by former Catherine Wheel musician, Rob Dickerson (the tachometer goes to 11), produces NJIMO, the world’s finest reimagined 911. This would be what I would own were I to unexpectedly come into enough financial well-being, that the kids college tuition assured, the mortgages paid off, etc. Nothing else does it for me like this car. Well maybe a '67 goat or Chevelle SS with similar attention. But no, a Singer 911 pushes pretty much every hot button.

Anyway, the next best accessible experience is driving a most excellently rendered freeware Singer 911 whenever my heart desires in Assetto Corsa, VR of course, and at a suitable location, like LA Canyons.

Feast your eyes and ears…

That looks like heaps of fun!
And a classic 911 makes my knees weaken…
And I have been googling steeringwheels and pedals, thinking of how to incorporate them in the SimBox.
That video didn’t help me stick to the straight and narrow path of flightsimming.

Typically, I’m of the opinion that race cars should be kept on the track. I read an interview with Alex Zanardi one time (before his accident), that he said his favorite car away from the track was his Honda Odyssey.

But when it comes to to the air cooled 911, I definitely have a weakness. When I was a kid, fighter pilot dad took me to see Le Mans and apparently it made a lasting impression. I never forgot the opening scene.

Found the area of LA Canyons in G Maps.

Really thinking about getting that sim.
My mouse cursor has hovered over that “buy” button quite a few times already.

So those who have Assetto Corsa, as someone coming from the Forza series before it spun off with Horizon how much at home would I feel? Especially asking about tuning and car customization.

I’m in the same boat. I think I get a little aroused when I look at a nice street legal Porsche 911.

When we talk about RWD, give me a 911 GT3 RS. I’m personally afraid of the Singer LOL! I think I tried the RUF 911 Yellowbird in Assetto Corsa and it was a dang handful to control!

I have no idea, because I’ve never owned an XBox or Forza. But probably the best way to view the Singer 911 is that AC is a racing sim. So in race car speak, the word “tuning” means adjusting parameters like suspension, tire selection, and gearbox ratios. The items that you would adjust during a traditional race pit stop, vs bolting on accessories like a turbocharger. Customization is limited to paint and to that end, the Singer 911 creators link a template on the Race Department.

Edit:
There are some mods that allow you to drive on public roads, but those are the exception, rather than the normal race track experience. From what I’ve seen on YouTube, Forza is more of a public road experience, rather than race track. I’m thinking that would be fun as long as you could drive from the cockpit and not an arcade view. Pretty much all of the Forza video that I’ve seen is from arcade view.

Elby, the little bit that I’ve driven the virtual Singer, IMO it doesn’t have nearly the oversteer that a typical air cooled 911 has. It’s pretty neutral IMO. So not to fear.

You drove an actual Singer? In real life!?

Don’t I wish. Half a million $ base price.

. Was talking about the one in AC.

I’m intrigued by this LA Canyon deal. Is there AI traffic too?

NOPE! Chip, we tried to get guys to join up on some DR2 rallycross. How did that turn out? I like you and all but two is not a crowd!

Not in the free version, but for the payware has them same direction and 2 way traffic. $11 US for all of the different versions. Try the free one first.

NOPE! Chip, we tried to get guys to join up on some DR2 rallycross. How did that turn out? I like you and all but two is not a crowd!

Well I’d be up a Motosports section. I was busy for the rallycross meetup, but don’t take my lack of participation as a lack of interest in the subject. A category for Project Cars, Assetto Corsa, Dirt Rally, F1 series, plus real world competitions? Hell yeah!

Oh, and beautiful mod Chipwich. Definitely checking that one out.

Oh boy! The Singer and LA Canyons mods were definitely a worthwhile free download from RaceDepartment! I’ll be using full manual H-shift/clutching tooling around the canyons with this baby! It’s been years since I fired up Assetto Corsa but man, does it still look beautiful! … and native Oculus VR support to boot! 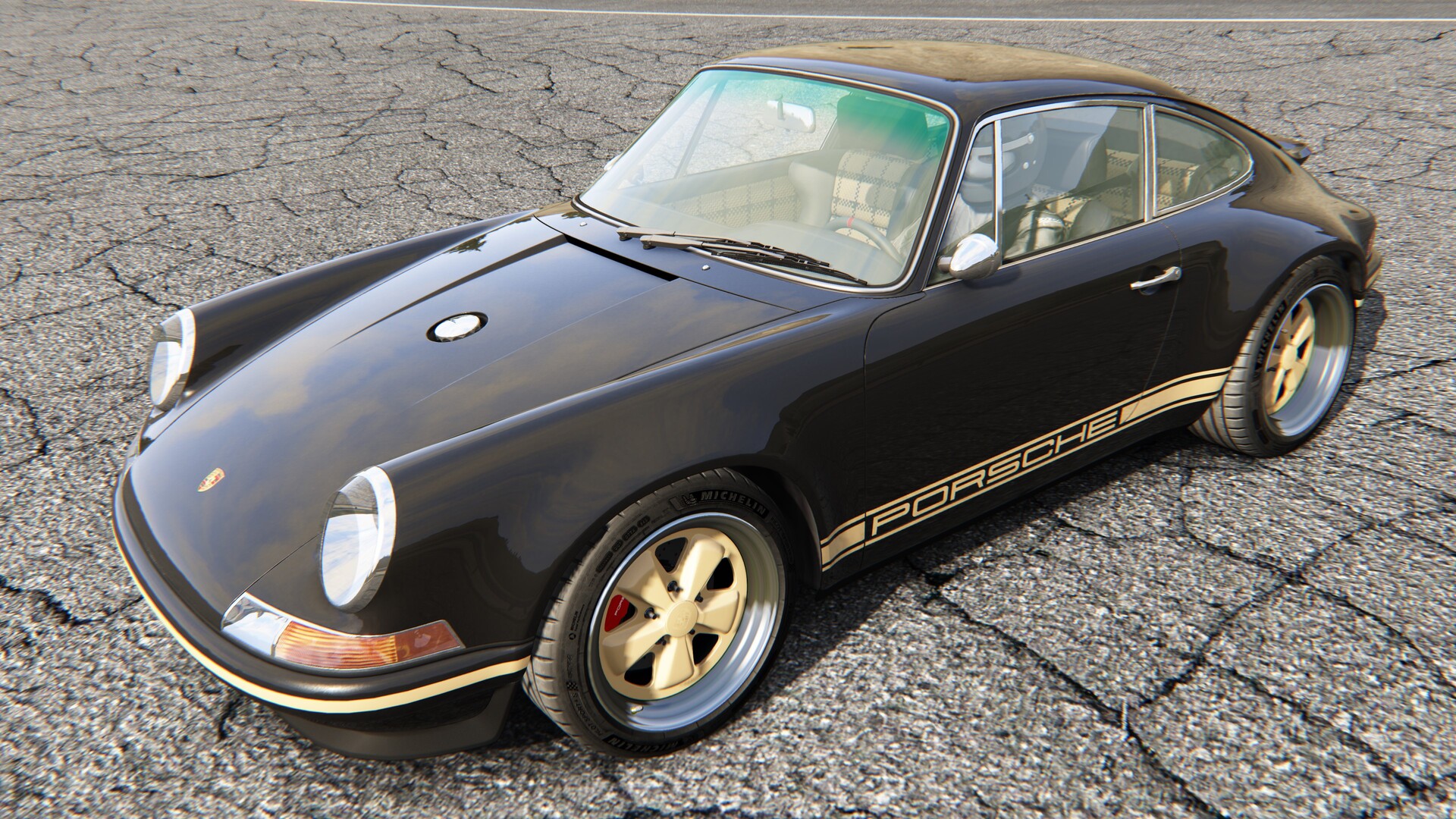 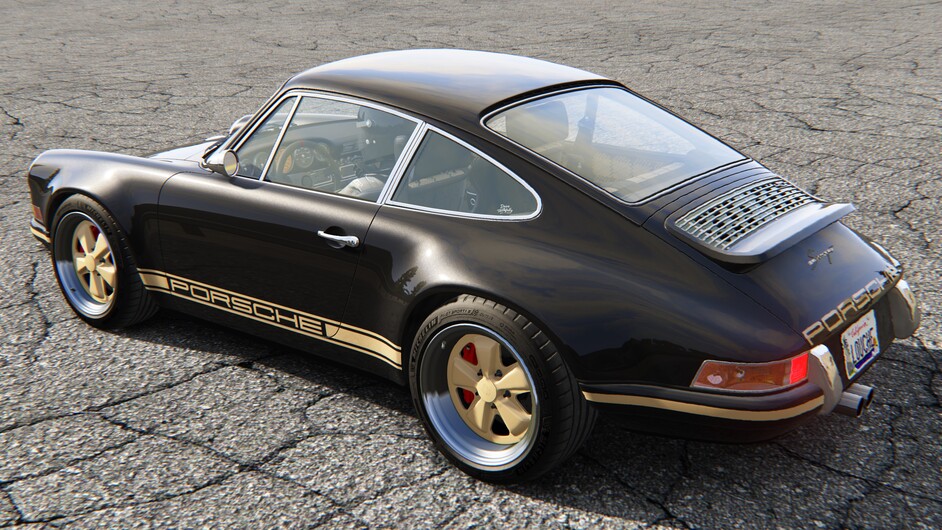 Suggest Assetto Corsa between those two. PC2 has some pretty fun autocross, laser scanned tracks, and the classic Le Mans cars. But the community consensus is that AC has better tire and car physics. There are also innumerable high quality mods for AC on Race Department.

Having said that, I would also save space for Automobilista 2. In early release ATM, it’s FFB engine is superb. Perhaps good enough to pull abreast of rFactor 2 in that department. My $.02

I will never understand all these overpriced models of the same car.

So, it looks just like a version of the car that’s 80% less? Instead of spending $100k, spend 5x that for a different bit of handling and power?

Why is that acceptable for this and not another car? You ever dream of spending $250k on a Toyota Camry with the same engine and suspension as this car? It would drive pretty much the same, but look like a Camry still.