The Christmas Trees Must Flow!!

From the pilot perspective. Mad skillzzzz… 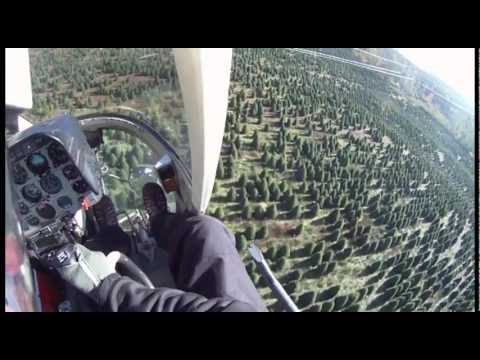 Hope they pay him well

Yeah those guys are awesome. Lots of practice I guess.

LOL! And it takes me about 5-10 minutes to just hook up one cargo in my DCS Huey.

DCS has you hover really long over the target though, if this groundcrew would be there we would be so much faster.

During my trip to Fritzlar last year (German Military Day with open airbases and stuff, pretty neat. I went there to get a few Bo-105 detail photos for the Polychop guys) I watched a display by a NH-90 crew doing some sling loading. They picked up a crate or something from a truck, flew around a bit and then put it back IIRC.
Those guys were pretty fast as well, much faster than anything I’ve seen in DCSW.

Not nearly as fast as the christmas tree guy, but still impressive.

I’ve been experimenting a bit with replicating this feat in DCS World, and the biggest stumble block is that you simply cannot see the cargo from the cockpit, in the video you clearly see him flying from the perspective of the cargo and not as much the helicopter. This makes it all a big gamble where the load is positioned.

Yeah, in the heli he is using (and with light loads such as those trees) it is really a bit easier I guess.
Also he can see in 3D which is an advantage, especially when flying helis and sling-loading. Unless you are using a VR device of some sort this is going to be harder in PC sim.