Some interesting In-Law History for me

I picked up these framed letters from my late mother-in-laws house. Her father was a pilot for CP Air, flew a lot of early flights for them, and was killed in a crash in Pakistan in 1953 on a delivery flight. Some issues about the fault, whether it was pilot error or aircraft flaws in the De Havilland Comet Mark 1. 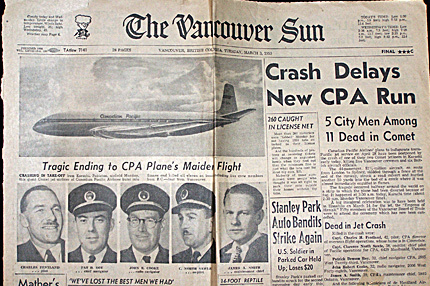 Knowing the history of the Comet, I’d be willing to bet it was the Comet. Proving square windows are a terrible idea since 1949!

Its no secret the Comet was a man eater. It singlehandedly destroyed Britain as a world power in Transport aviation.