Can anybody make a rough estimate of how many degrees the stick moves fore-and-aft and side-to-side to ‘full stop’. 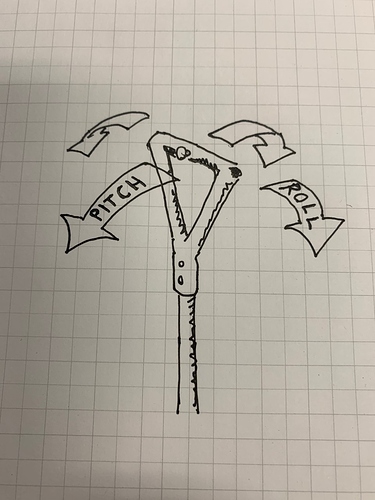 I cannot. However, I think there have been a few WW I aircraft control sticks that folks have made…they might have some specs.

You could try http://www.thevintageaviator.co.nz/contact, they restore and manufacture WWI aircraft here in NZ. 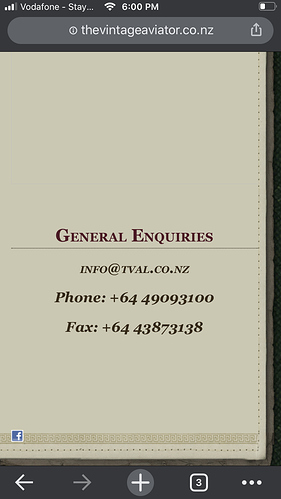 Or Montrose Air Station. They have built a Camel replica and should know, or be able to check.
https://rafmontrose.org.uk/

They are closed right now (COVID19) but I’m sure they wouldn’t mind if @Troll hopped over, scaled the fence, jumped into the Sopwith cockpit and started banging the control stick back and forth…in the interest of science.

Lol @Hangar200, the old better to ask for forgiveness than permission theory.

let me know if you need bail money…

For visitors. There are staff answering their facebook page…

They can do that from home…I say go for it and jump the fence! Meanwhile I’ll begin a Kickstarter for the bail money.

Years ago (I was in my early twenties IIRC) I took a week off uni to go to Portugal with my parents. I saw in a brochure somewhere that there was an aviation museum outside the city, so I took the train there.

I got there and I was literally the only person in the museum, apart from the sleepy looking employee eating his sandwich at the ticket office.

The museum was good, though - but what was a bit bizarre was that the Spitfire they had was practically hidden in a faraway hangar corner, rather than the grand stand you’d kind of expect.

The cockpit was open and the only obstacles between her and the public were a couple of Merlin engine blocks placed a few feet apart.

I looked around and decided that this moment was definitely a gift from above and I shouldn’t waste it. I spent the next 10 minutes sitting in the Spit cockpit in the silent hangar, grinning like an idiot the whole time, before climbing out unnoticed.

Shuttleworth Collection is the definitive source of knowledge in UK as well as the best place to fly in to. Free landings, pay for the museum. They have a wonderful free research/reference library called ‘Project Bleriot’ and amongst others fly various Sopwith types including a Camel.
https://www.shuttleworth.org/bleriotarchive/

And a cracking bird sanctuary as well