Southwest 278 runs out of runway. No injuries 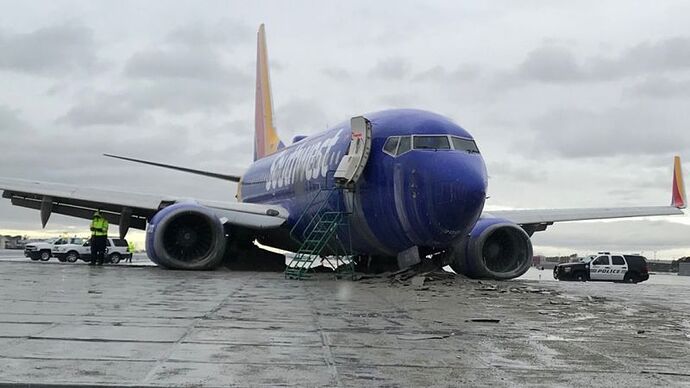 A Southwest Airlines flight with 117 people aboard slid off a runway on Thursday at California's Hollywood Burbank Airport during heavy rain, the Federal Aviation Administration said.

Wow that was really interesting. I didn’t realise that stuff was so impressive.

There are lots of accidents in aviation that lead to regulatory changes. Ironically, the Southwest overrun at Chicago Midway led to the implementation of a new rule that was supposed to help prevent overruns. (I’m just posting this out of interest, and have no idea what caused the Burbank overrun…it could be a mechanical failure or some other cause…so keep that in mind…) Anyway, the new rule is what we refer to as the 115% rule, which was basically designed to have crews determine landing distance and have at least a 15% buffer over the requirement once all of the current landing factors were cumulatively calculated. Wet runway, tailwind, gradient, icing, lack of anti-skid, etc…etc…all those numbers are supposed to be calculated prior to landing (instead of prior to takeoff as most of our calculations are done) and we should be able to land in the resultant distance X 1.15.

This seems logical, and seems like it would prevent overruns, but errors in technique are impressively additive. Being Vref + 10 or 15, delaying touchdown due to an accidental balloon in the flare, delaying braking…they can all add up to eat up that extra 15 percent.

It will be interesting to read the incident report on this one.

For those interested in overruns - AC91-79A is good reading…

Our light aircraft are governed as performance group e. So we tend to use the caa operating performance writedown. Basically rate of climb in pilots operating handbook subtract 40ft/min and take off and landing lengths add 5%.

Obviously a lot smaller aircraft I deal with

Just looking at the Flight Aware track doesn’t tell you much other than that it was raining, they landed on runway 8 with a landing distance available of 5,802’…which is not a long runway by any means. It also has a .5% downslope. You wouldn’t think a 737 from Oakland to Burbank would be all that heavy though, so they would have had that working in their favor. The last data tag had them at 1,400’ (around 1,000’ AGL) at 152 knots, which doesn’t sound unreasonable, but I don’t know what the Vref speed would be. I’m also unsure of what the winds were and why 8 was the runway instead of the longer 15/33 (could have been NOTAM’d closed, winds could have given better performance on 8, or noise abatement)…

They were quick to issue NOTAMS on the new status of the EMAS though…doh!

But. They were ON TIME! 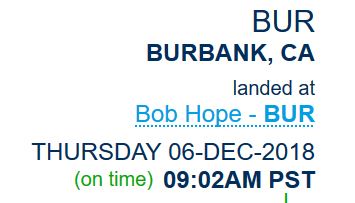 A look at the METARs for around the time of arrival - Flight Aware says arrival time of 0900 PST, which would be around 1700Z if my math is correct (probably not)… 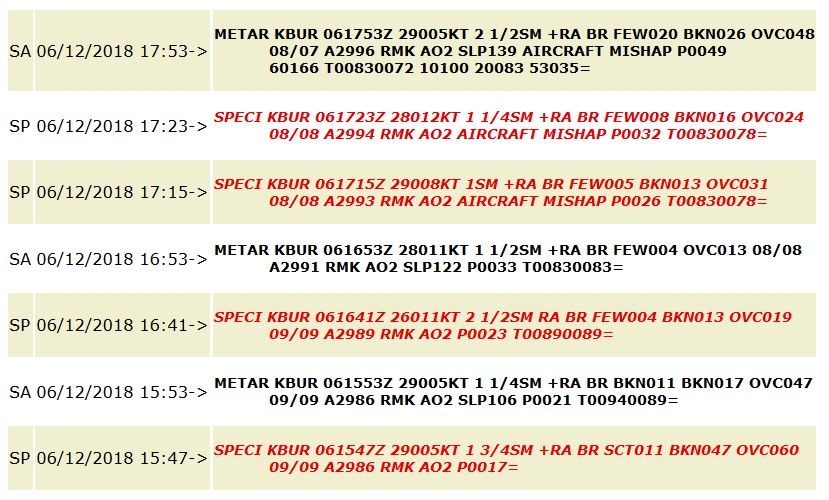 Surely in 11 knot tailwind wouldn’t be over limit for a 737 would it? You would definitely know more than me on that. Got to be another factor in my view

I’ll bet it might be a combination of factors. Like I said, three or four things when combined become additive to the point where what looked good on paper might not work out well in real life. A ten knot tailwind, wet runway, and .5% downslope are significant. I don’t know what the 737 limitations are. I will say that our Citations have a 10 knot limitation on tailwind operations, 25 knots crosswind.

Gave it a whirl in X-Plane using the default 737-800 and a wagged weight. This is just for fun and no real weight to this analysis should be given since I’m not a 737 pilot, this is different equipment, and about a hundred other factors. 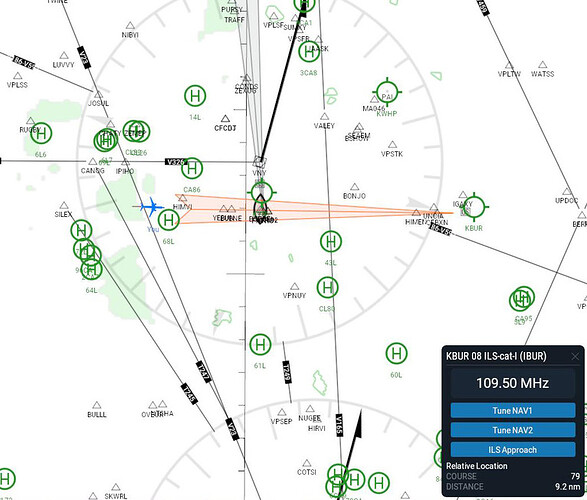 Weight I approximated to be arrival fuel, plus some IFR reserves to destination + alternate…and 120 or so pax…total WAG… 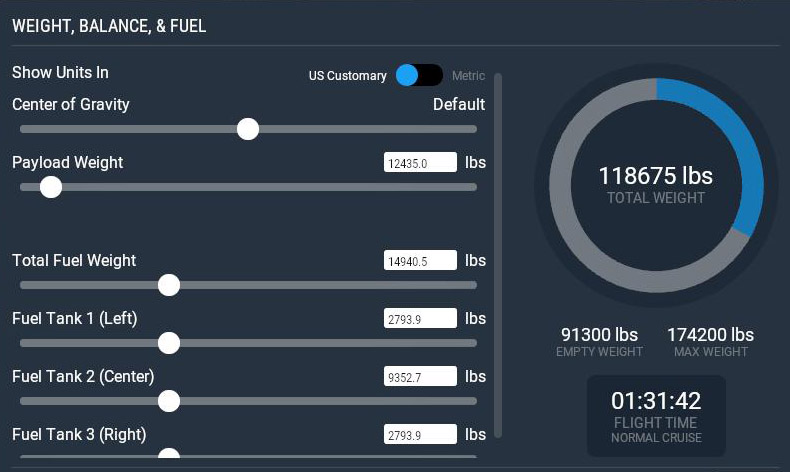 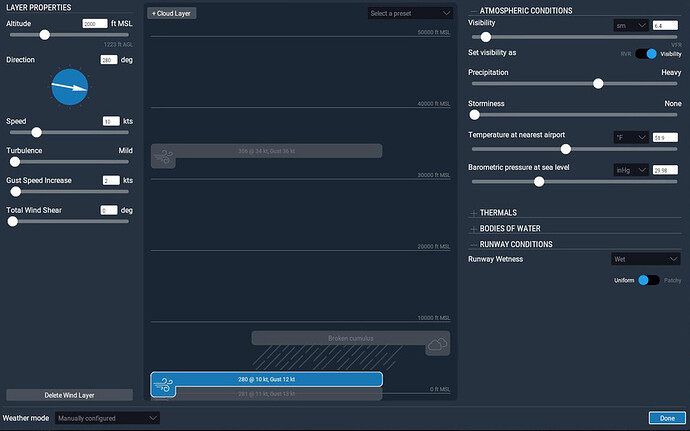 Put myself out on 10 miles, took a minute or two to get configured. Set autobraking to MAX (I don’t know that they actually ever use that setting…I’d guess not) and autothrottle to a WAGd 135. No idea what the actual Vref would be…

Set turbulence to light and winds with a ten knot tailwind, gusting +2 knots…made for a bit more active approach than just driving in all nice and steady…

Auto-throttle going off. I thought I had armed the spoilers by hitting the 3 key, but they didn’t autodeploy. I deployed them manually a couple seconds after touchdown. Didn’t touch the brakes since autobraking was armed (not sure how the 737 is, but on some planes, if you manually apply braking, it disarms the auto-braking). Upon touchdown, selected maximum reverse until 60 knots (again, no idea what the 737 idle reverse speed is) then went idle and didn’t touch a thing and let autobraking bring me to a stop.

I did not flare really…just sort of drove it on to simulate what a crew would probably brief for. Just get the thing on the ground and get the weight from the wings to the wheels…

This is where I ended up. Just past the intersection with the other runway…

Google Earth calls that distance about 4,050 - leaving about 1800’ of runway remaining. 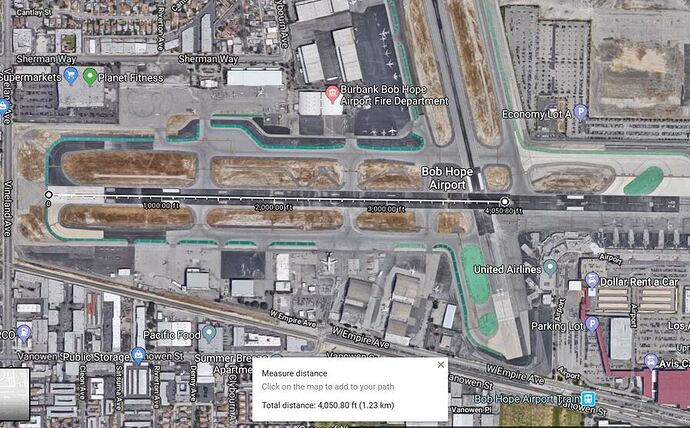 @smokinhole may know this - do you get credit for aircraft performance for the use of thrust reversers or not? In the Citation, we do not, so all of our landing data is predicated on anti-skid brakes and speedbrakes, but not reversers.

Sounds close to that 747 cargo overrun in Halifax a month or two ago.

It’s an interesting thing. A couple weeks ago I was flying into LaGuardia and they were landing with a slight tailwind to one of the runways. Everyone was doing it and nobody wants to be “that guy” to mess with the flow. NY approach would probably take you out and put you in a hold until they found a gap for you so as to not mess up their sequence. It can be a pretty big task to change runways and coordinate that up the line when conditions change. Sometimes you’ll hear a query on the frequency…like a prompting from another crew “a little tailwind?”. Bottom line though is that the PIC is ultimately responsible.

Some additional pictures. I wonder how much damage that frangible (is that the right word?) concrete does going through the engines. Hazard a guess @TheAlmightySnark?

Depends on engine speed, I would presume it would be on idle power or perhaps they were clever enough to quickly hit the fuel shut off. That’s a CFM-56-7B engine, so I would expect the 01X(fan) section to be a complete write off, you can probably salvage some components like the Bearing 1-2 support, perhaps bits and bobs from the gearbox(located on the left side, aft looking fwd). If you are lucky the core is okay, although the engine mounts and associated hardware probably needs a thorough check. the hot section should be salvageable too although in the end CFMi probably wants to pull the engine apart and send in all bearings for an overhaul check so that means all major modules will come loose.

This is just a really rough and dirty estimate, without having a better look with a boroscope, flashlights and some mirrors I can’t tell you much short of “much bad, not good”. Damage will run into a few million before it’s a serviceable engine again, although they might just overhaul it for spare parts given that they have such a large fleet and can probably put another engine under the wing relatively quickly. Although the aircraft hull doesn’t look too happy either…

All in all, someone is having a bad day at fleet management’s office

EDIT: I’ve seen a lot of stuff go through engines and how much damage is done is largely dependant on the power settings, full power with the blades being stressed out close to their design limits(minus tolerance) means that any impact or sudden vibration will often cause serious damage from parts moving in unpredictable ways at high speed. A engine running at idle can withstand a knock much better given that everything has a little wiggle room… makes sense, right?

All in all, someone is having a bad day at fleet management’s office…

Score one for EMAS!

I no longer have my 737 manual as my EFB has been switched to the 757/767. Thrust reversers are not factored in landing distance. I believe that is true for most jets. The deployment and timing of thrust reversers is simply too variable from pilot to pilot to be dependable enough to factor. At my airline the CAT I tailwind limit for the 737 is 15 knots.

But to whomever said that the tailwind isn’t a huge factor, simply not true. Tailwind is a very big factor in any landing regardless of runway length. Not just because of basic Newtonian physics. The real contribution of a tailwind is float. The 737-700 can stop in seconds after touch down. So the question is probably not one of pure landing distance. More likely it comes down to float. If you miss the touchdown by a thousand feet AND make a smooth touchdown that delays auto-speedbrake deployment, all math goes out the window.

Wet runway, short runway, reduced visibility, tailwind. These are all factors that mean you must be on your very best behavior. Getting it wrong is much easier than getting it right.

I’ll say it again: Score one for EMAS!

EDIT: In the photo at top, I am surprised that the reverser sleeves are stowed. Forget the requirement for idle reverse at low speed. If it was me, I’d be pulling the reverse handle so hard, they’d break off in my fist. No way would I think to stow them before the overun. That’s like thinking to turn on your emergency flashers before driving off a cliff.

BTW this happens a lot. It depends on the news cycle but often you never hear about it. SWA was just a little unlucky that someone was paying attention.