Just just this article. How awful for everyone involved 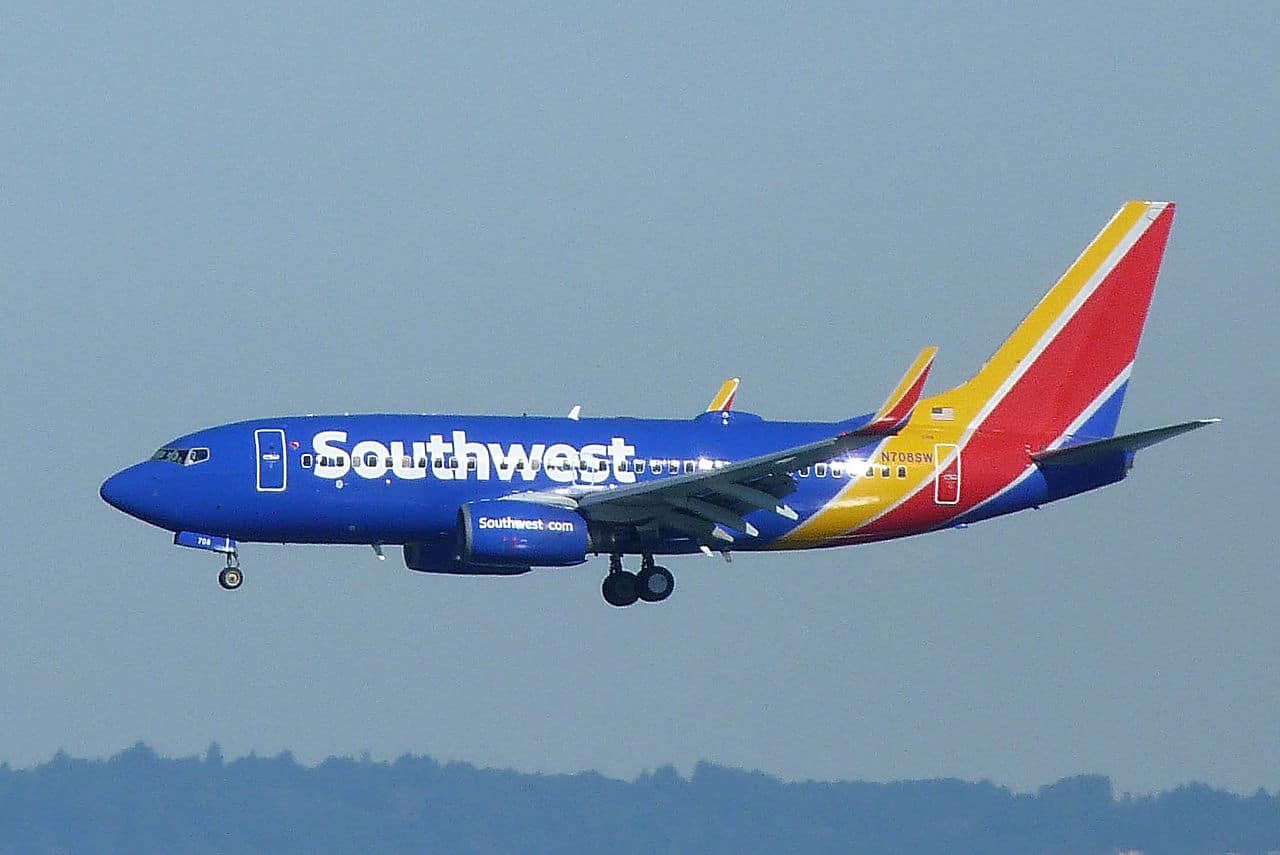 Southwest Airlines Boeing 737 hits and kills an individual walking on the...

On 7 May, a Southwest Airlines Boeing 737-700 (registered N401WN) operated domestic flight WN1392 between Dallas and Austin, United States. Shortly after

I’m thinking this was likely a suicide. A bit less assured than jumping in front of a train since a train cannot swerve like these pilots did.

Then there is this Tweet I happened to see about this…

I don’t know what is more shocking that this person was hit by a plane and killed or that their are still flights taking off during a quarantine pandemic.

I had a women run out in front of me on a motorway once. Luckily I saw my right side was clear and went across all 3 lanes to miss her. I had to stop in the next services to check under the trailer for bits of her but thank christ I missed her. Suicide by truck with no thought to how it would of affected the driver. Scared the bejeezus out of me.
I was sat reading the article thinking how incredibly horrible it must be on your landing rollout with reversers deployed and no chance of a go around and seeing that figure on the runway. Those poor pilots.

”Pedestrian” is an interesing way to identify the person in question… I mean, it’s not like this person was out walking and happened to venture into an airport, is it?

The dictionaries I glanced at define the noun Pedestrian as:

a person travelling on foot, whether walking or running. In modern times, the term usually refers to someone walking on a road or pavement, but this was not the case historically.

So technically accurate…while if used an adjective:

does not seem to apply here since walking on an active runway is most assuredly not dull. Just say’n

I knew a guy who in turn knew another guy who hit a person in Africa in (I believe) a 727. But at that airport it was not uncommon for people to cross the runway between operations. I agree…suicide. There’s really no pretty way to do it and the person in question no longer cares about our feelings on the issue, so I’ll withhold judgement.

Yeah, but so would “person” or “man/woman” be…
I just thought “pedestrian” was a bit odd. But I guess that’s not the main issue here.

OK, I see what you mean. I think they wanted to get across the idea that it was “a man, who was walking on the runway” - too many words for a headline…while just saying “man on runway” would leave questions like: Was he in a vehicle? Was he running across the runway? Was he working on the runway? etc. The use of “pedestrian” gives the reader that idea that the dude was out there on foot, likely walking since they could have used “Runner” and likely not connected with the airport officially since they didn’t use “worker” or “employee”.

Now I have even more questions…!

There is a major roadway with a wooded area where he could have got close to and through the perimeter fence without being seen.

through the perimeter fence without being seen.

Yeah, but not without seeing that he crossed a fence, himself. You don’t just simply stroll into an airport like that. So, I guess “intruder” would be a better description than “pedestrian”.

But I remember one incident over here, where an elderly man drove through the gate, following a construction vehicle, and got all the way out to the runway, forcing one aircraft to rotate early, to avoid him. So, anything can happen. But if I wrote that article I would not have called the victim a “pedestrian”. But that’s just me 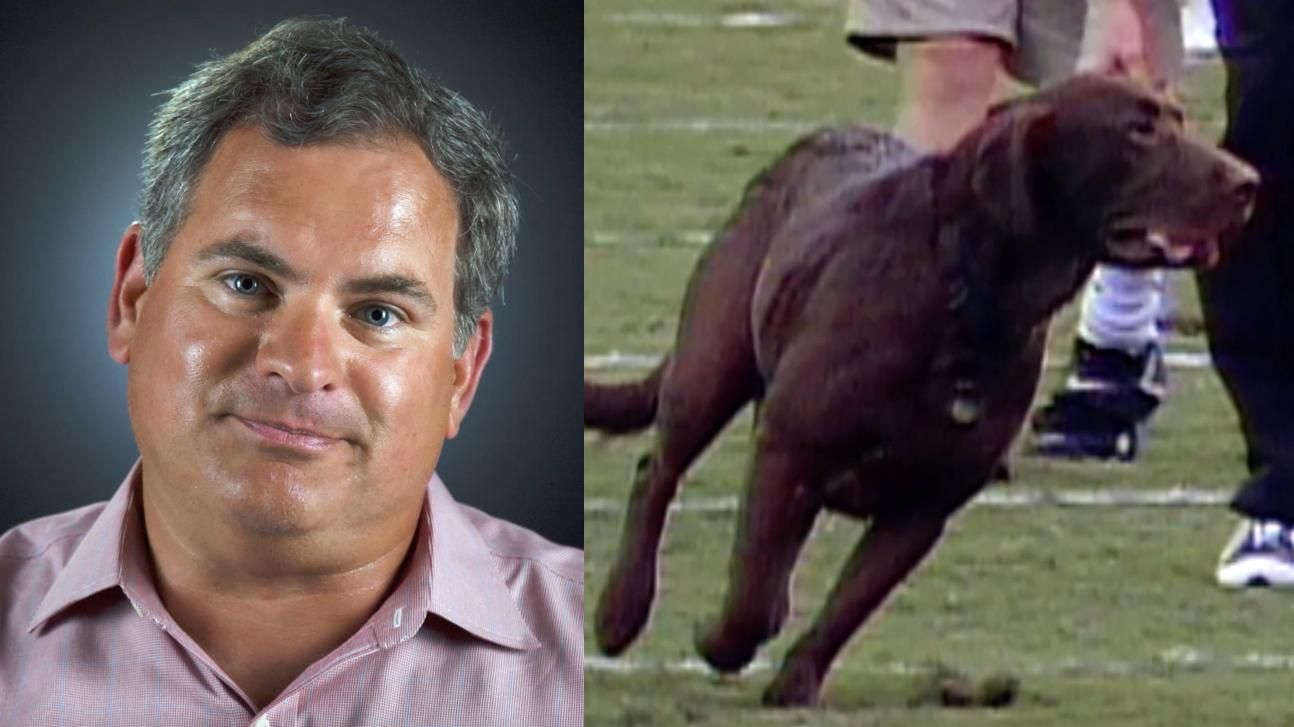 ESPN writer Mark Schlabach recalls the time his dog ran away from home and ventured onto the field at Sanford Stadium in front of 86,117 Georgia fans.

I should add how the dog got on the field. In another interview with the owner, he stated that he lived on the route that the marching band took to the stadium. So he conjectured that his dog followed the band to the stadium and went in when they did.

You don’t just simply stroll into an airport like that.

It’s not so hard in many US airports. Austin I think would be pretty easy if one is motivated enough to make world news for a day.

It’s not so hard in many US airports

Same over here. You can actually swim ashore at many airports

But my point was that this “pedestrian” didn’t just find himself on the runway by chance.

No doubt. He got what he was seeking.

Also, he was no “pedestrian” in any sense of the word other than the literal one that he was on his feet. In order to get hit by a landing plane you must time it properly to prevent a go around. This requires choosing a spot on the runway far enough downstream of the assumed touchdown point that you can sprint to the point of impact. If you walk to that point, the crew will see you before the flare and abort the landing. It requires a fair bit of skill if you think about it.

I think it says something about me that I find this almost more outrageous then the guy walking on the runway. The importance of using correct grammar was well and truly hammered into me at school.

But yeah…I mean a poor dude died on a runway so, you know…perspective I suppose

a fair bit of skill if you think about it

I think it says something about me that I find this almost more outrageous then the guy walking on the runway. The importance of using correct grammar was well and truly hammered into me at school.

Uhm, should not that be than instead of then then?

Same over here. You can actually swim ashore at many airports

Swim in a Norwegian Fjord? If hypothermia doesn’t get you there most definitely be severe “shrinkage”.

Regarding the pedestrian word choice… (do you see what I did there?

…one should take Ito account that the was the headline for a news article. The article itself is fairly skoch on details. There was a deadline to get the story out. (There is always a deadline. For any in the writing business, it is like death and taxes.) So they went with Pedestrian.

“Intruder” probably would not work since they probably had no idea that it was in fact an intruder. i.e. it could have been an airport employee who for some reason decided to take take his life in this manner. Also the word intruder (a person who intrudes, especially into a building with criminal intent. Google Dictionary) has a sinister meaning. It could end up being a homeless person who had gone through the fence looking for shelter.

I acknowledge that there was probably some thinking and planning (and therefore some aviation knowledge) with regard to where to place oneself on the runway to be successfully hit by a plane. But maybe not; the adage about a blind squirrel germane.

So, in the press room we have an unusual and tragic story that will garner public interest (as the length of this thread can attest). We don’t have a lot of facts. We may not have a lot of headline room. We do have a deadline.

Simply put, it was a man moving on foot, ergo a pedestrian. So that is what they went with.

I sincerely hope this doesn’t sound like I totally agree with their choice, just that I understand it. My career in naval intelligence may at first blush sound exciting, but it was mostly a lot of writing…writing with deadlines and many times space limits. (At CNO IP we had to write many short intel articles in no more than 3 sentences.

One gets very familiar with the proper use of the semicolon.)

Likewise, it may seem like I am picking on @Troll by continually arguing with his choices. That is not my intention. Were we discussing the word choice in a Norwegian or Swedish headline, my contribution would be decidedly less verbose.

I have the utmost respect for Troll and his manifold accomplishments, to include his ability to discuss the subtleties of word choice in a language not his native.