Space Engine is out on Steam

Here is an interesting little picture I made.
Sorry for the poor quality, as mentioned before my notebook is struggling a tiny bit with that simulator. 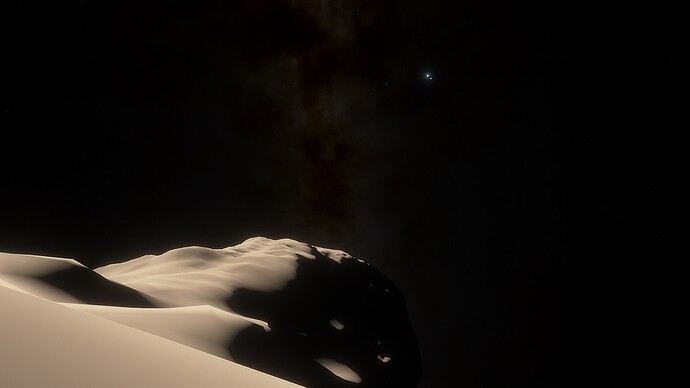 So, what does it show?
Glad you are asking!

Imagine you are an alien life form standing on the surface of your cleverly disguised space ship, an object called “Oumuamua” by the people on Earth.
Assuming your eyes are roughly as good as those of humans, the picture above shows what you would have seen if you gazed along the object on the 8th of October 2017.
The bright objects ahead are the Earth and the Moon. At this moment Oumuamua was closest to them, around 0.27 astronomical units or ~41 million kilometers.

The next shot shows Oumuamua from around 600m away. (and with a few more stars shown than a human would see.
In fact with such a bright object near you would be hard pressed to see any stars. 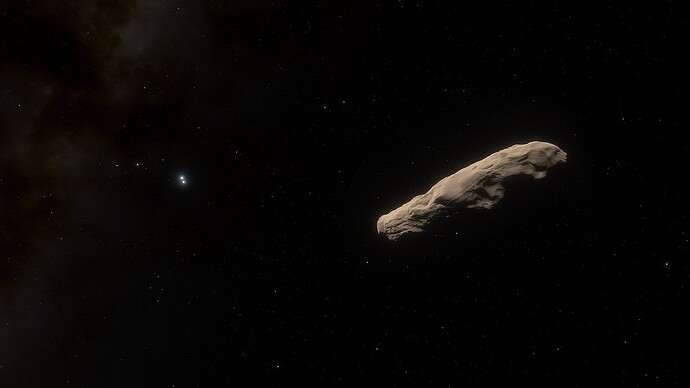 I can only imagine how mind blowing this simulation is in VR. Can’t wait to experience that.

You know what, I am just going to double post here, and see what happens. I feel like a rebel today!

So there I was, a few moments ago, standing on the surface of Metis, a small moon of Jupiter. Taking a shot of the giant thing filling a big part of the sky. In fact I had to use a fish eye lens to make it fit. 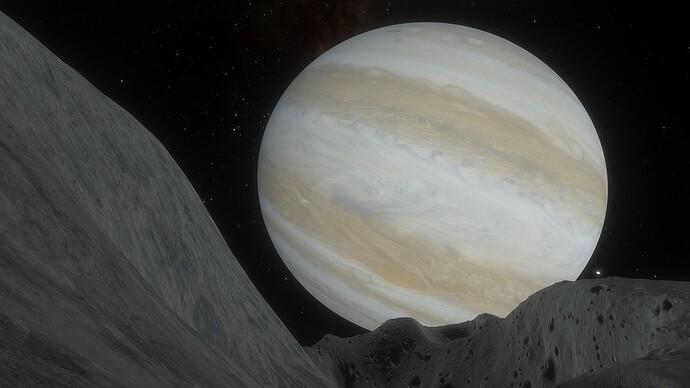 The special thing about Metis is that it is small (its longest axis is 60km, or a bit more than three times the length of Manhattan Island), and the closest moon to Jupiter we know. 128000km doesn’t exactly sound close, astronomically speaking it is though. That’s a third of the distance between Luna and Earth. And Jupiter is HUGE.

Fun fact: As with many pictures you will be able to make with Space Engine, standing there would be absolutely no good idea. The radiation from Jupiter alone would kill you in a matter of a few hours.

Fun fact: As with many pictures you will be able to make with Space Engine, standing there would be absolutely no good idea. The radiation from Jupiter alone would kill you in a matter of a few hours.

Yeah, but I would be wearing my ultra-high tech alien space suit so I could stand out there.

Would be great if I could build a house there in that picture with that view.

In a galaxy far, far away from Earth. Found a possible aquatic life world whose characteristics are promising. First pic standing on one of it’s moons looking at the blue water planet. 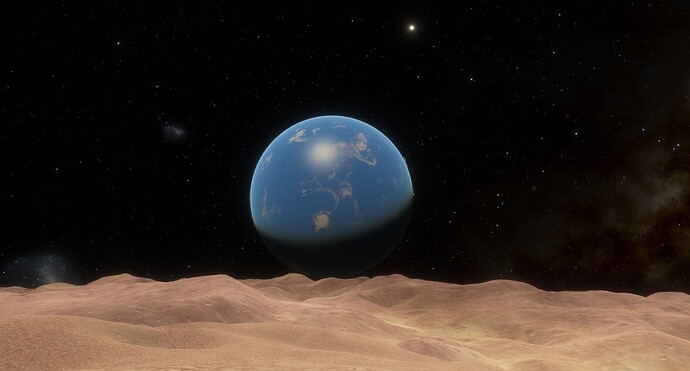 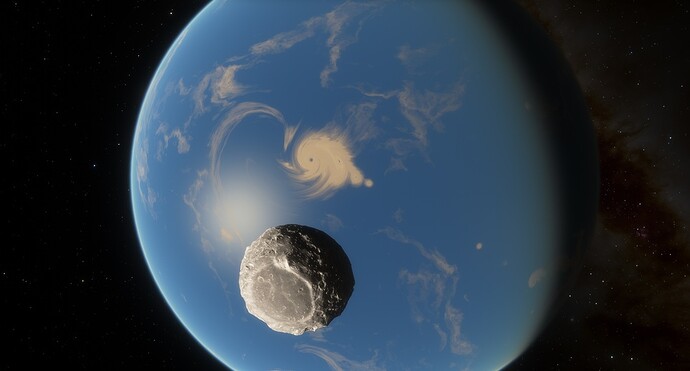 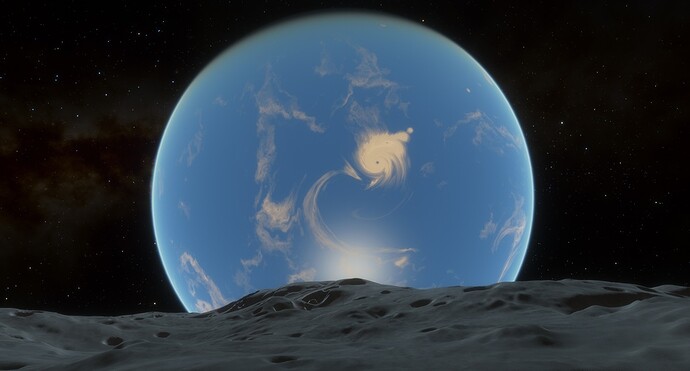 I then went to a planet much, much closer to the same system sun and found another asteroid orbiting it. Dare I say I did NOT stand on the surface of this one. 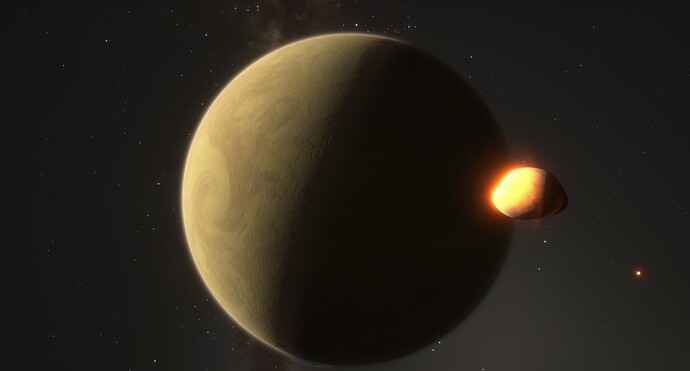 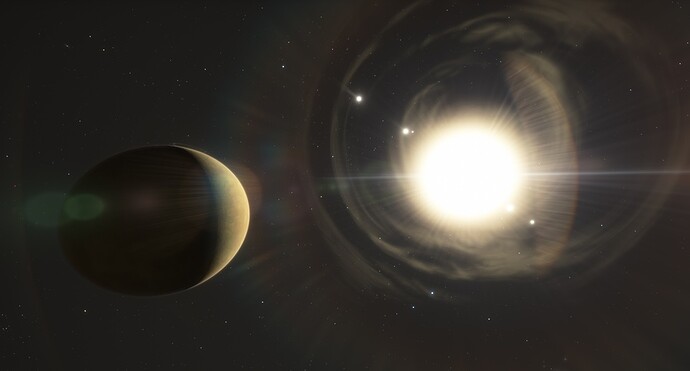 Last pics for the night. Was browsing through a galaxy far, far away and spotted a very red star. Went to take a look and discovered a brown dwarf. This was classified as real in the Space Engine database, not procedural. 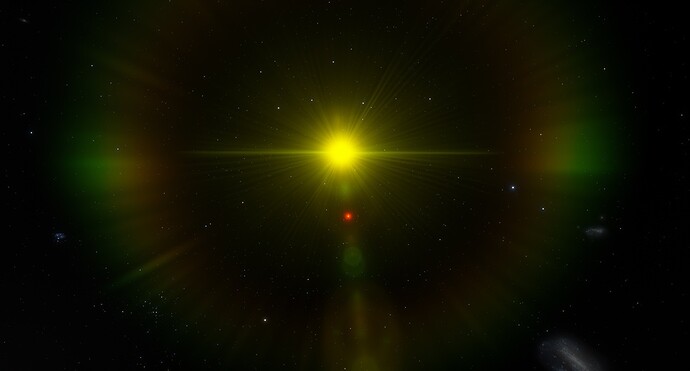 You can barely see the dead dwarf star. 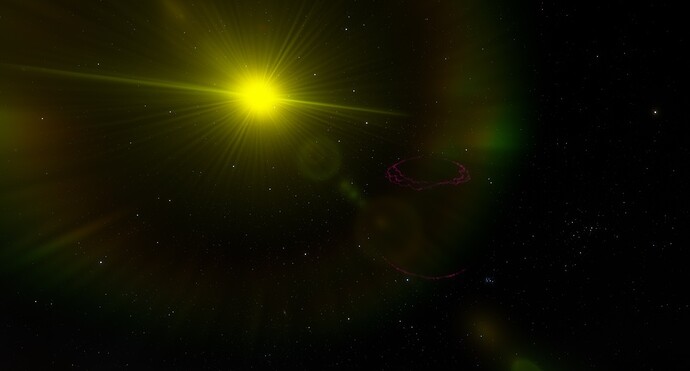 Here is a better shot of it highlighted with the background light of distant stars. 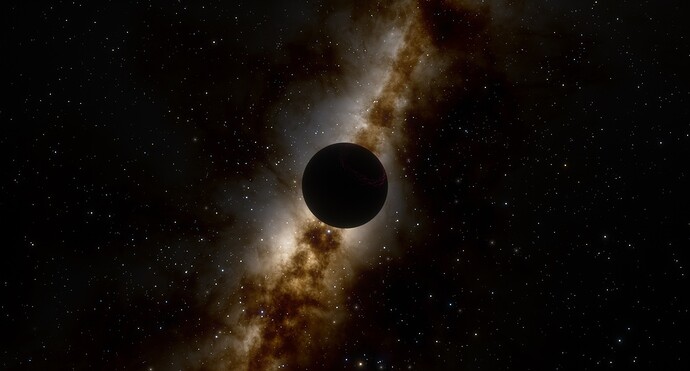 Then something else caught my eye in a nearby system and went to check it out. Landed on the planet and looked up at the brother planet in the sky. 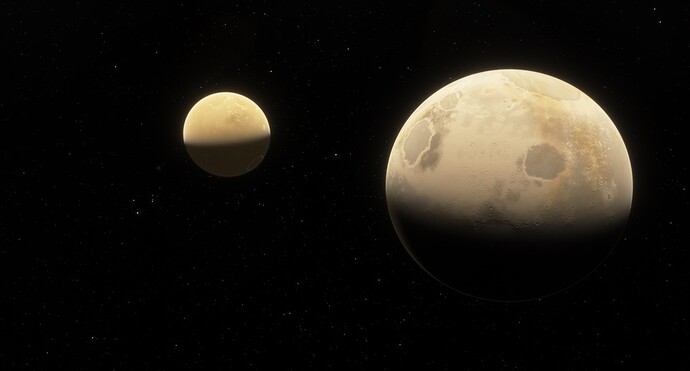 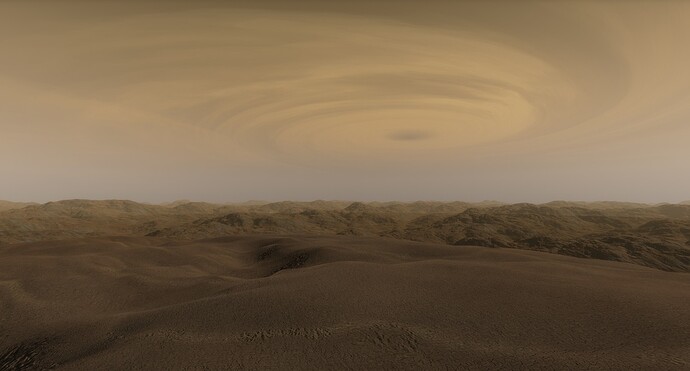 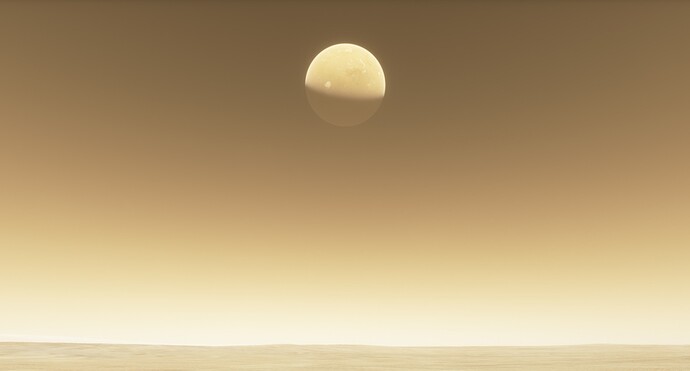 Right next door was the real California Nebula so I took a quick flight over to it and found a planet in which to view the Nebula. 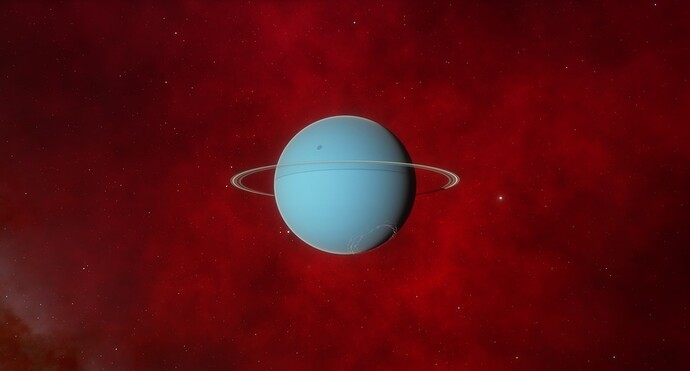 What a beautiful sky to look upon. 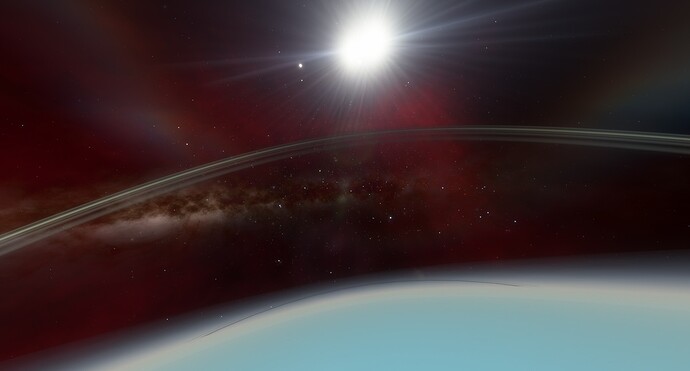 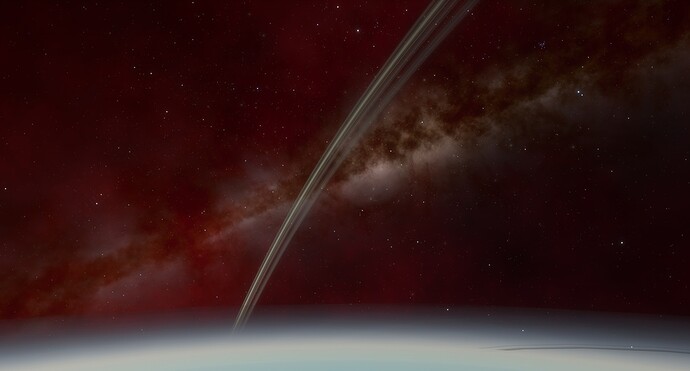 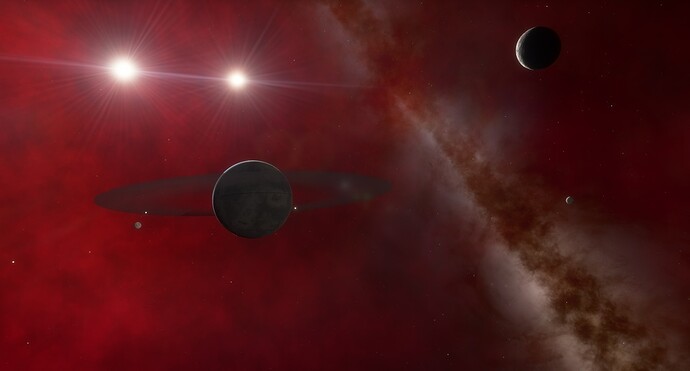 I know I said that I wasn’t going to resurrect old topics anymore, but as I was about to start a new post about Space Engine (basically ask if anyone else ‘played’ it) and this one came up as a similar topic, so…

I have also been ‘playing’ with this since it came out. I am a bit of an amateur astronomer - even though I only have a cheap refractor telescope with manual equatorial mount, we live far enough from big city light pollution that, to be honest, I don’t really care exactly where it is pointing because 99% of what you can see is spectacular.

Which is why I absolutely love this ‘sim’ and.

I can only imagine how mind blowing this simulation is in VR. Can’t wait to experience that.

Don’t know if you have treid it yet? But me.

It is a fantastic universe simulation. I haven’t played with it for a while but was thinking the other week I need to get back into it. Will do so myself soon.

I also tried it.

Too bad that I will have to retire my Rift S.
VR was fun while it lasted.

I am not going to make a Meta account, so I won’t be able to use my Rift S when this year ends.

Ahh. Gotcha. Hopefully other low(ish) cost options will follow now that Meta has alienated so many of its users.

Yeah, the main reason why I bought the Rift S was that it was the only VR headset that I could afford.