Space Engine is out on Steam

Just bought this and am having a blast. Simply amazing exploring the universe. You all need to check this out.

Here is a shot of a volcano I just discovered on some so far away planet. I’m just floored by this software. 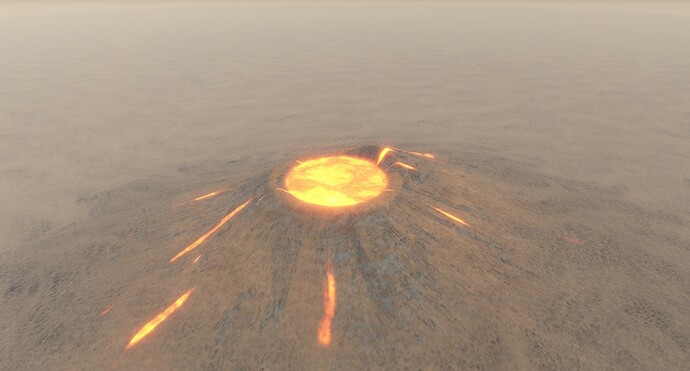 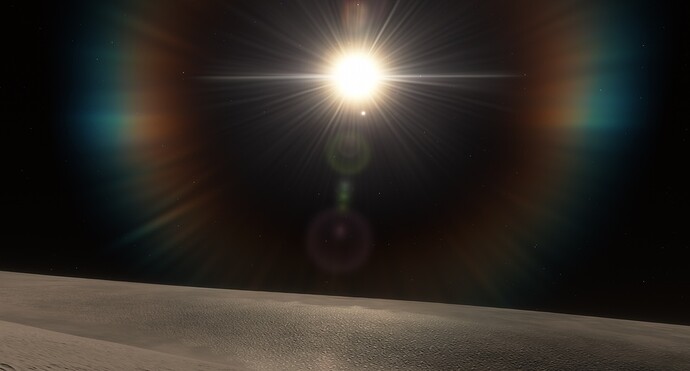 Looking at Betelguese 7 from a small asteroid moon. 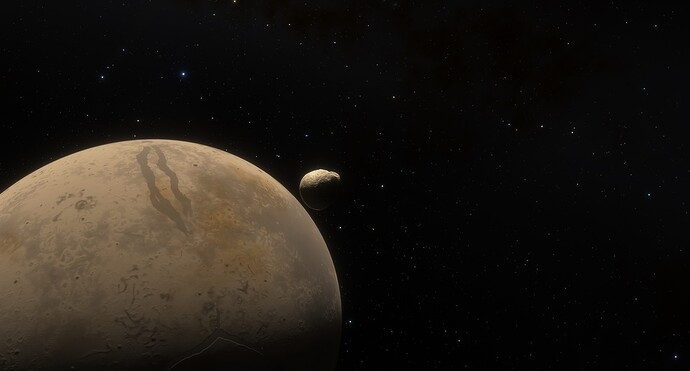 This software should be put into every primary and secondary school system. IMHO of course. 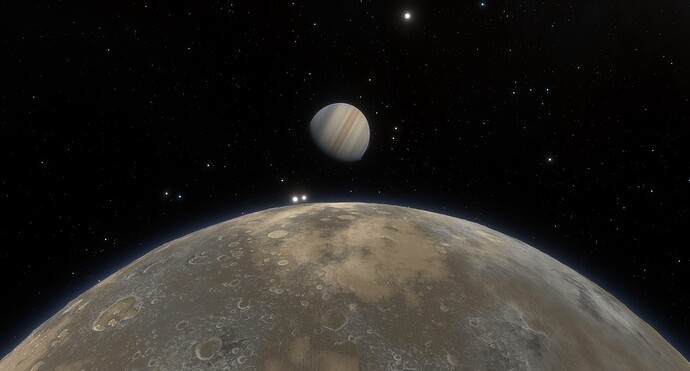 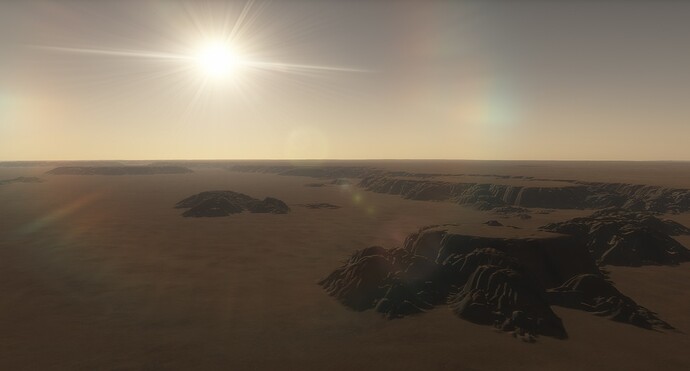 What does it do for the Solar System, does it use elevation data for Mars or just a nice big texture map?

How does it compare to Celestia?
(I haven’t used Celestia in years but my first impression from Space Engine is that it looks like Celestia, only not free)

I believe it uses actual elevation data for planets which we humans do have available. For farther away solar systems it becomes procedural.

Take time out and check out this guy’s video. He explains it rather well.

It is a beautiful simulation.

I couldn’t actually answer that. I’ve never heard of “Celestia” so I obviously can’t compare.

There is a TV series running on the BBC called the planets. 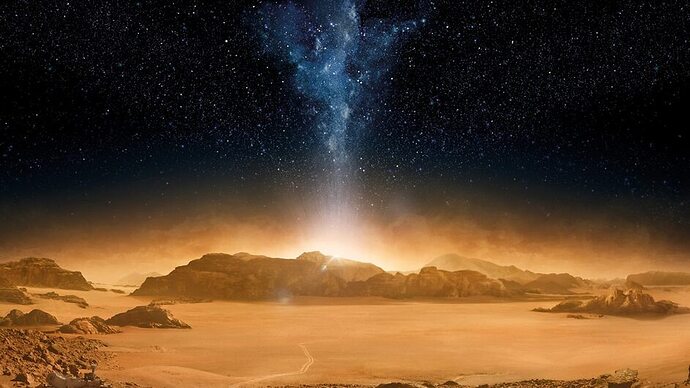 Brian Cox explores the lives of the eight majestic planets that make up our solar system.

I imagine this will be the perfect accompaniment

I’m standing on Bernard’s Star b. Discovered in 2018 via Radial Velocity. I believe I’ve read in the information tab on this system somewhere in game that it is the closest system to our solar system. 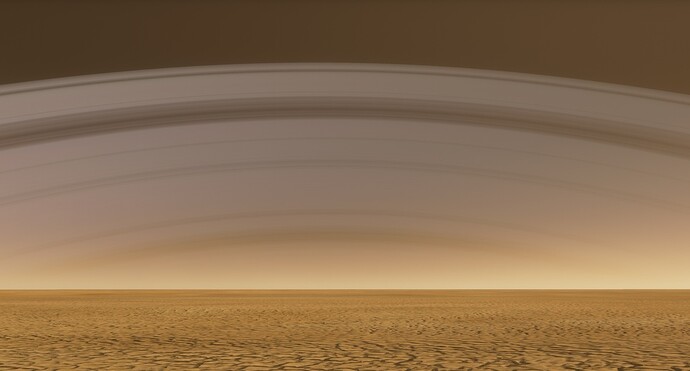 Here we are looking at it from a bit distance. Beautiful planet b is. 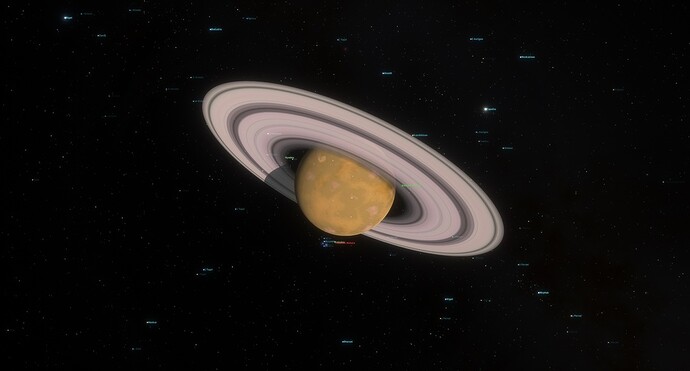 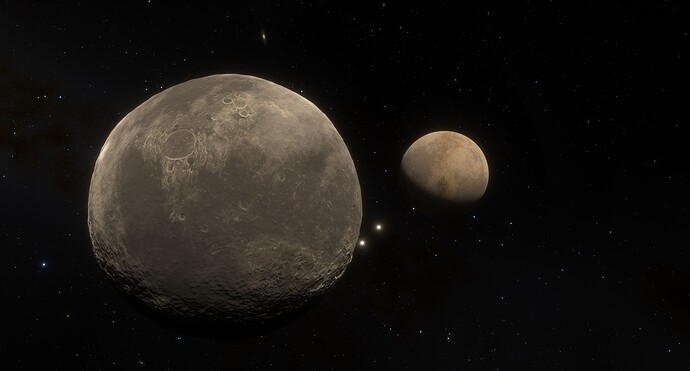 I played around in our own solar system and the Vega system a bit.
Quite nice.

It is isn’t it. I’m currently somewhere very far…LOL…from our solar system and I’m standing on a moon looking up at another planet and moon in the sky. Just beautiful. Still learning the tools and such but I’ve learned you can save your spots and go back to them for further exploration. Very, very cool. 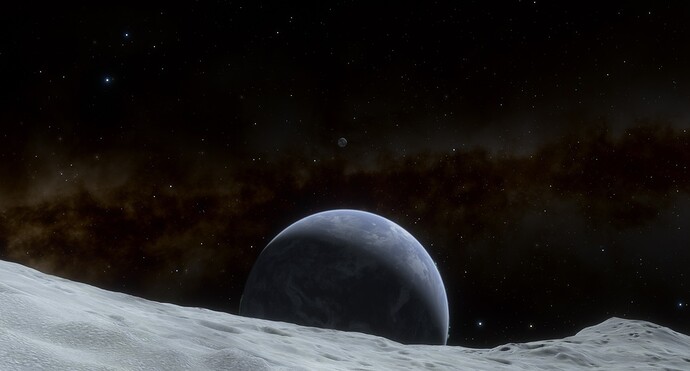 Also, forgot to mention but one of the tools you can use (there are so many) is as I’m standing on the moon above, I’ve accelerated time and am watching the other planet and other moon rise into the sky. Was standing on another planet which I saved the location and was watching the sun come up and a moon cross my path in the sky. So very, very cool.

For those wanting to play around with earlier versions (for free, but worth supporting the developer if you like it) then the install and all the extensions are here:

More exploring outside the Milky Way. 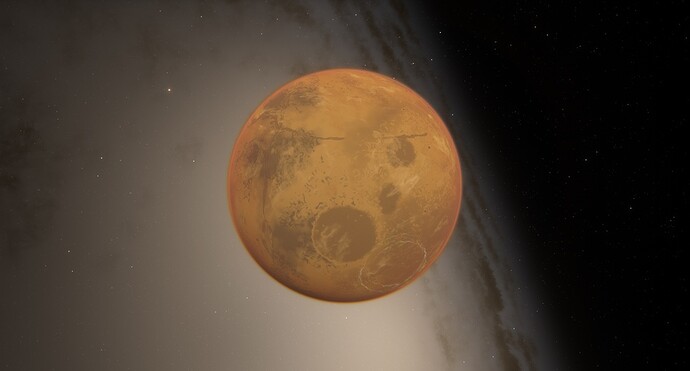 Love to build a house on this overlook. 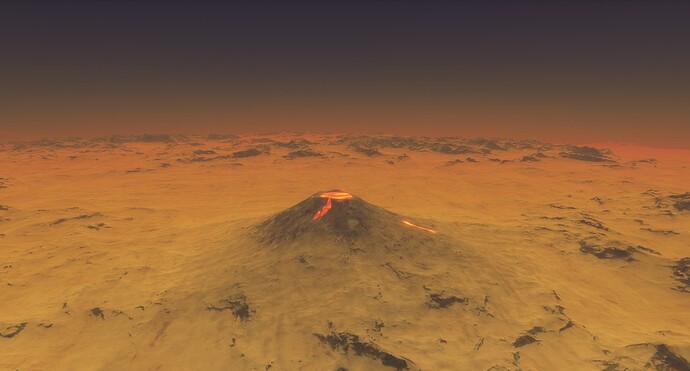 Here is a much, much better video presentation of how Space Engine looks.

I am a bit sad about the quality of some of the procedural stuff, but still far from bad and still in development anyway.
It feels like a clone of Celestia, better in some ways, not quite as good in others.
I worked through the tutorials and there sure is some nice stuff in there!

Last night I installed all of the free DLCs available on Steam.
…it took all evening. I didn’t expect them to be THAT large.

When they were finished downloading I was already going to bed, so I will check out the content today once I am home.
I plan to make a little thread linked to the one about The Expanse, visiting some of the places mentioned in the books/show.

Very cool. Looking forward to your findings. I myself have been experimenting more with the in-game video tools and such trying to learn how to best capture eye opening scenes like I see on my 4K monitor. I was watching another video from another person who is using Space Engine in VR, I can only imagine how cool that is!

Unfortunately I have a small monitor (PC still broken, I am on my notebook) but it still looks cool.

The DLCs make it crash more often it seems, but it is still playable.