Thread for the season starting tonight.

Had to reset my DirecTV receiver just now. Scheesh

He’ll be good when he realizes that Bran is all three-eyed raveny anyway ‘Bran is away right now, please leave a message etc’.

So, thick-skulled as I am, is Jon Snow in fact Dani’s half brother? That could complicate things, although possibly not insurmountable

We think they have the same father, the Mad King Rhaegar Targarian. Don’t think Daenerys mother was ever mentioned…

This post could be in the humor thread…if it were funny enough…but it does have a (distant) relation to this thread, so here goes…

There was a King who ruled over a tropical nation. As was the tradition, the houses in the kingdom were mostly grass huts and the King, to show is unity with his people, also lived in a grass hut, although a much bigger, 2 story grass hut.

The King, being a king, had a number of thrones to use, which he kept on the second story of his grass house. (He and his family liven on the first floor.)

One night, the weight of the King’s thrones caused them to crash through the floor, falling on and crushing the King as he slept.

The moral of the story: People who live in grass houses shouldn’t stow thrones.

I was watching a replay of the Duke vs Virginia lacrosse game yesterday and the ESPN announcer had a great metaphor. He said that during a UVA fast break the “Virginia comes down the field like the Dothraki.” No further explanation needed.

Raises had to disagree. Some of us never caught the GoT malady.

Think UberHuns. Almost every group in GoT has a historical parallel.

Dany’s older brother was Jon’s father. They were just born around the same time. Dany and Jon were both infants when Robert’s rebellion overthrew her father.

What caused the rebellion? Ned’s sister decided she didn’t love Robert and loved Rhaegar, so he secretly annulled his marriage and married her instead. She died in childbirth and Robert convinced himself she was raped and murdered and started a war.

Thanks JediMaster. Should anyone want to know more, this article explains things nicely. 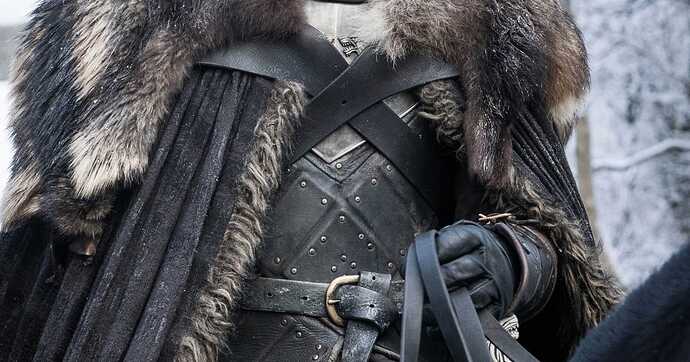 Jon Snow finally knows he's really Aegon Targaryen. Here's where he fits into "GoT's"Targaryen family tree alongside Dany — and the Stark one, at that.

Wow that episode was… Not good. Underwhelming. Slow. Impossible to see what was going on half the time. Like wtf.

Really? I rather liked it. Granted most of the time it was too dark for cable TV encoding, I liked the pace, the tension building in the beginning, and the end.

[spoiler]Didn’t like how Jon and Danny were scripted out of the fight. I guess Dragons are bad IFR flyers…

There are some points that I didn’t like about some gratuitous twists that could be better buitl in previous episodes, especially The Night king’s resistance to dragon fire, but also, the red witch’s sudden return (and the indispensable part she played). I also feel only minor characters were killed, except for the most obviously marked ones from last episode.[/spoiler]

But all and all… It was a fun one.

I liked it as well. Some scenes seemed a bit contrived, but taken as a whole, it worked for me. I especially thought that the end of the Dothraki cavalry and dragon flight/fight scenes dramatic.

Dragon CAS should be a thing,

Wow! That was amazing! Loved all of if!