It now includes the first-person shooter elements called ‘Star Marine’. Just downloading now to give it a quick peek. 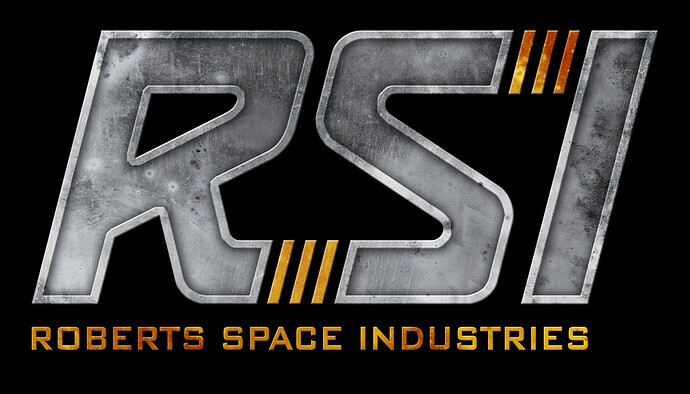 Roberts Space Industries is the official go-to website for all news about Star Citizen and Squadron 42. It also hosts the online store for game items and merch, as well as all the community tools used by our fans.

I played ‘Star Marine’ for 30 minutes or so and it’s, um, ‘interesting’. It still obviously seems early days, but initial impressions are:

Hopefully it will tighten up a bit, and the levels make more of what makes it unique (the zero g and vertical natural of the levels for example). The fact it is now public at least lets it start iterating improvements quicker.

Some screens, as they get across the game so far a bit better:

The new entry for this gameplay mode.

A couple of game modes with Last Stand being a team checkpoint thing with Elimination being deathmatch single.

Joining a pub match is very quick, and I think is 8 vs 8 so far (maybe more).

Similar to ARMA and the like, you won’t really hit anything without standing still (or prone at the least) and using a sight.

A team-mate. It’s christmas, let’s kill him in spawn!

There’s the usual three of SMG, Shotgun and a rather weak Sniper Rifle pictured here.

A TV scope, no premium cable though. Plus, apologies for this teammate…

A look at the zero-g area’s.

Lot’s of random dying shots. At least there is Creamy_Goodness…

…and so on. Not too bad, has room to improve but it’s at least a start now.

Shattered Horizon was great, well when anyone else was around playing it at least. I sorta skimmed the email, was this done with Lumberyard or did they stick with the Cryengine and are moving there.

Ohhhh nice. Will definitely try it.
Call me an idiot but I like Star Citizen so far. Lots of cool stuff in that Alpha that I haven’t seen in other games yet. Or at least not combined in that quality.

Buggy as hell? Yeah. Takes longer than planned? Yeah. But still on a good way IMO.

So since this is the first thing i’ve seen using Lumberyard, I went to check and well, i guess you can technically call it switching engines, maybe

Amazon Lumberyard is a free cross-platform triple-A game engine developed by Amazon and based on the architecture of CryEngine, which was licensed from Crytek in 2015

In other news… Heard about the loan?
The company took a loan with backer’s money without a proper statement, just a post in a forum’s thread… Don’t know about 3.0 but - purely from a technical perspective - I thought they were on a pretty good way. I am having a blast with the alpha.

As for the loan: No clue. I know that companies do weird sh** like that all the time, especially for releases. If you want to publish something and put all your money into development and marketing you might need a loan because for roll-out you will need a certain amount of money to fulfill short-term demands. And for a software house giving IPs as collateral is pretty standard.

So I won’t read too much into it. Both the “fanboiz” and the “haters” will see rather soon and everyone will continue loving/hating SC as they wish.
If it ends here: Meh. I enjoyed the ride so far. If it doesn’t. Even better. But I understand that people who have put 1000$+ into the game see that differently.

I kiiiinda expect SQ42 to be released and SC (or parts of it, it IS a very ambitious project overall) be scrapped but that’s just me.

In other news… Heard about the loan?
The company took a loan with backer’s money without a proper statement, just a post in a forum’s thread…

From a quick google it looks like a lazy journalism hit piece, as with anything big or unusual, a lot of people want it to fail - probably just for the spectacle/popcorn.

CIG get UK govt grants because of the games dev work, which is due next April, they have a lot of funds in USD but need to pay GBP for the UK office before that. They took a GBP loan knowing that the grant money is guaranteed and that they might as well hedge USD-GBP currency conversion. The loan will probably make them money. None of this is really that unusual or anything to do with games development. The only thing unusual about it is that because people can see inside the sausage factory for this game that they panic at the unexpected sight of meat.

Maybe. I guess we will see.
I was just wondering if stuff like this is really the norm for Software houses?
Since it’s all backer money should they have been dunno, warned before? Or asked?

I’m convinced that a part of this is “lazy journalism” but I’m also a bit wary of this “Creative finance” thing.

Maybe. I guess we will see.

How much did you invest?

For offices in different countries, yes, currency hedge loans using grants as collateral is something I’ve personally seen many times.

Nothing. I was really really close when I saw the first kickstarter pitch video but was short on any sort of cash.
Then as time went by I saw them accumulating large amount of dosh and thought- well they certainly don’t need mine anymore. I’ll buy it when it comes out.

They kept on hammering the fact that all (or nearly all) could be bought in game when delivered so I just waited for something to be delivered.

Don’t get me wrong I most definitely DON’T want to see them fail.
I only want them to release something- ANYTHING- that resembles a Beta of sort.

Was curious about the 3.0, expected late June, as finally would have had most of the basic mechanics, different star systems, landing and what not…

Speaking as a backer it dosent really matter how they manage the money. I donated to hopefully see a game that I very much want to play. I am not an investor and have no real stake in the game. RSI is pretty good about being transparent but at the end of the day we gave them money for them to do what they want.

for them to do what they want.

This is the part I feel uncomfortable with.
Every kickstarter has a set of goals (stretch ones included). Those are the things the money are pledged for.
I know that every kickstarter I pledged for was made with money I could spare with no guilty feelings- but also that they were for a definite product. A game or two, or three, or four, a 3D printer, some artsy stuff… In that regard I got a 70%-30% win-lose.
Only loss came from the 3D printer and DCS WWII, but in the end I also got some extra stuff for free.

If you feel you’ve been treated correctly it’s all good. Really.

For offices in different countries, yes, currency hedge loans using grants as collateral is something I’ve personally seen many times.

Ok, that’s something I didn’t know. Thanks.

The words like backer or investor are kind of loaded, in that people in a legal standpoint aren’t (at all), but probably think they are. If CIG want to stop development and buy a Caribbean island then they can.

I ‘invested’ $25 for the starter package the day it was announced in 1867 or something, but I didn’t expect to get invited to the job interviews or be there to negotiate how much rent they pay per quarter. Back then I thought it would never see the light of day (knowing about Freelancer etc) but obviously thought it was worth a shot. Spin that wheel etc.

I think they are insane, just because I truly believe the general public and reddit generals can’t cope with an open large-scale game development details; as in they literally can’t cope with having the honest inside knowledge of what is going on. CIG themselves seem to have embraced the fund raising side to such an extent it is almost impossible to make every dream come true; they’ll be a good game out of it one day, but never something worth a small car. People can convince themselves they did it just to fund the game, but living with years and years of buyers remorse means that the chances of some flipping to hating the game is always going to be there.

The loan news was sort of a polarizing tidbit because it quickly looks like the two camps of ‘must fail’ and ‘must succeed’. For people with zero dollars down it’s just sort of gossip.

If CIG want to stop development and buy a Caribbean island then they can.

Here I have a disagreement with you. They are to deliver the game, crappy, buggy, incomplete BUT they have to deliver, they do have a TOS. Otherwise it’d make a very dangerous precedent.

Here I have a disagreement with you. They are to deliver the game, crappy, buggy, incomplete BUT they have to deliver, they do have a TOS. Otherwise it’d make a very dangerous precedent.

Well morally of course they should, but legally you are that sure? Companies go bankrupt, people live on. Did you read the terms of service of the backing, to the extent you know you’d get your money back before others?

Is my $25 due before severance packages, office rentals, online service termination fees? Are shareholders of a private company ranked with preferred stock before other creditors? Where do you think the $25 is going to be?

In some ways it demonstrates why large-scale AAA backing is a terrible idea - people are a tad naive when it comes to this stuff, but in a good way that makes them nice enough to invest some cash without playing out the darker scenarios of how the actual world of contracts and schedules and loans actually work.

but legally you are that sure?

And with that I mean they CANNOT just say “Feck it” and buy an island.
Not the part where they actually deliver a full game.

And with that I mean they CANNOT just say “Feck it” and buy an island.
Not the part where they actually deliver a full game.

Well, technically of course they can. I think we are mixing up what you think I think is ok morally and what is theoretically possible in terms of the law.

Example: Deliver the game by when, that’s not in the tos? What scope, other than the title of the ‘pledge’, it’s not in the tos? Can they pay themselves as executives of the three companies in three separate countries (US private companies don’t have to reveal internal accounts, the UK does to a certain amount, while Germany only for stock holders/board members) and if so how much? An executive producer for an AAA game is ~$300,000 USD/annum, is that fair? Could the Robert’s brothers afford an island with that pay, maybe not, or perhaps a smaller one.

Now if you think they are breaking the tos with their interpretation of ‘when’ and ‘what’ then you can sue (which holding company in which country though?). You might get damages, but then if it’s a class action pile on then I’ll just refer you back to order of creditors/bankruptcy words above.

If you think you are guaranteed Star Citizen or your money back then I would suggest you don’t pledge. Apart from that it is great for