Well you’re getting it before the Disney bomber, because leatherneck are already working on one.

leatherneck are already working on one.

Letherneck has F8 in the works and FlyingIron has A7 in the works, good times… but we need appropriate carrier for them 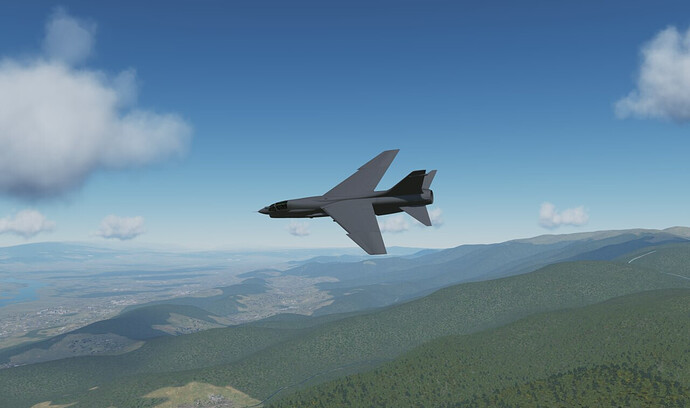 Don’t you know the A-6 happened when the navy looked at the B-52 and then thought we want a Mickey mouse version of that! 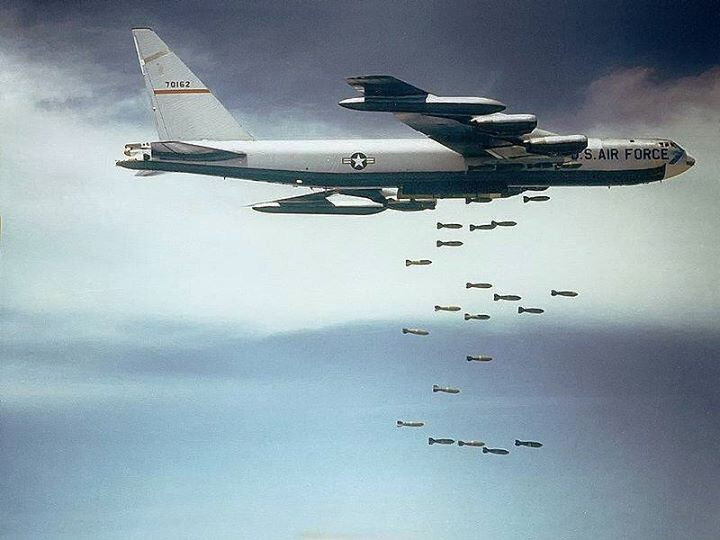 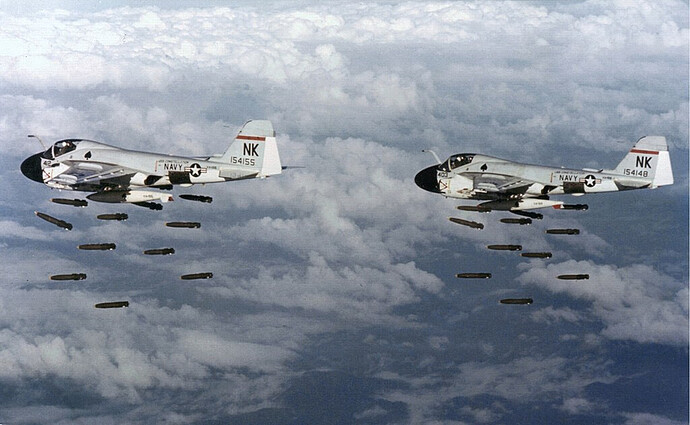 Just look at that cutesy round nose, isn’t that a bambi bomber?

ROFLMAO! Brilliant! I can see it now!

That’s supremely cool! But… wouldn’t the Super carrier module do?

You want the smaller carriers with those, midway class.

it could do, but from what I have heard (Fighter Pilot Podcast on A7) the period specific carriers were much smaller, so the challenge of landing that things was even higher than on the newer bigger carriers

but we are good, leatherneck is working on Essex-class carrier 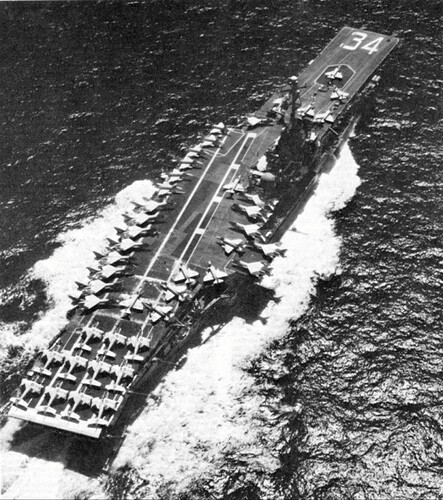 My Danish hangar neighbor—uggggh FORMER neighbor, sadly he now resides in Maine, flew 104s in the Danish Air Force until an injury forced him to a dull post at the UN. After moving to America he started a new career as a corporate pilot and later competed in a Pitts S-2, which he co-owned with Bud Davisson. To him, the Pitts was every bit the challenge the 104 was. The difference is that the Pitts rewards bad flying with hurt pride, maybe a broken nose, and a cracked spar. The 104 just kills you.

but we need appropriate carrier for them

IIRC one of those dangerous quirks is that the maximum gear down speed is, like, 20 knots over the takeoff speed.
So I guess the pilot fiddles around with the gear lever while he should be checking if he even has positive climb.

you see, thats why we need just the F104, no carrier needed

wondering… we already have some cold war servers in DCS (MiG21, MiG19, MiG15 vs F86, F5) and they are usually empty or half-empty. wondering if Phantom in the mix will make these setups more popular or if it is that “jungle map by the sea” which will generate the audience

Thats a very good question. Does the environment or the hardware drive the traffic.

For the people who keep saying we need one in the game.

VSN F-104G. FREE and Yes, it has a loadout Flight Sims

I could not be more impressed with the looks of an aircraft. The real Starfighter is a stunner to me. The VSN aircraft uses the F-15C pit and thus has a radar capability that the real thing never had (Im guessing). You get everything from Aim9m to Aim-120 Slammers. The gun is the same as the Eagle so it fits. I did a few dogfights and tooling around. It turned out to be a nice mod. You can even put weapons on it with either the ground crew menu or in ME. Just create a new loadout if in M…

Hello You might have already seen this mod: https://forums.eagle.ru/showthread.php?t=167480 So we decided to publish our standard mods also on this forum. Im making this thread to publish our mods also in the english forum, so that you can ask us...

Plenty of paints around in the userfiles section.

@Andrew116 ,
Thank You for starting this thread. I am a big fan of the Zipper. For the life of me, I can get it to run in the last few months. Seems like the updates broke her. I put it in ME, then try to fly her but i am only on outside view with no control. Is there some fix and can you please put a download link for her here?
Love the video!

I haven’t tried it yet, I just recently rediscovered the mod. I’ll let you know if I have success in the next few days.

Ok man. I miss this mod. Thank You