Enjoyed a few ‘vanilla’ play-through’s a while back, but this total conversion mod caught my eye today:

Love the workshop, so easy to use…

Music is great as well…

Features the either real stars, the Alpha/Beta Quadrant, a reduced A/B galaxy, or the Gamma Quadrant for those Kazon Sect among you.

Different but familiar to any Stellaris players.

You start off at a star date where the NX program is just getting going, after first contact with the Vulcans:

The customization is really impressive…

Ok, time to get my star fleet uniform on and nerd out.

I tinkered around with this some time ago and was impressed. And then they keep adding to it and it is amazing to see what they have done!

@deadmeat and I played some multi with it a few versions ago and it was alot of fun. Stellaris as Klingons is great fun.

My only issue with it then was that some of the techs either didn’t have explanations to what effects they would have in game, or they were just outright unfinished. I hope that has improved in the time since.

Will be taking another look.

Oh boy, and I thought Stellaris by itself had a superb amount of variety… 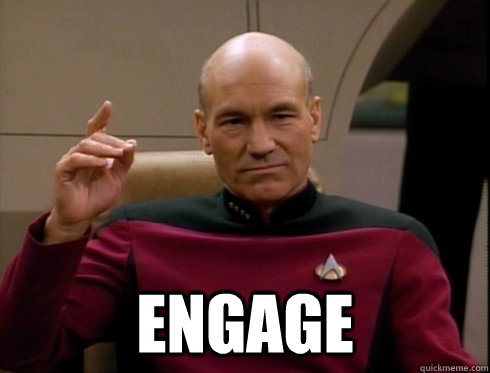 I really loved Starfleet Command and ST Armada back at the beginning of the century. I’m sad they stopped making games like those, with modern effects but the same gameplay I’d be thrilled.

I am impatiently waiting for Star Fleet Command 2 to release on Gog. I still get Star Fleet Battles onto the table from time to time. I am sure Interplay wants too much for it though.

It’s crazy that a mod is the best non-vr Star Trek game currently. There is even a new series starting!

There were ST mods for pretty much every space game that wasn’t Star Wars ever made.
I tried the one for Sins of a Solar Empire, but it was only ok.

I’ve been playing with the mod in my latest game and loving it. Playing as the Cardassians has been cool … I usually don’t play as the merciless dictator role but in this instance I decided to let the dice determine my fate.

The mod is quiet well filled out. I am not detecting any issue with gameplay or missing features. There are a few obvious bits where text (title or flavour) is missing but all in all everything seems good. The tech tree is interesting and different from the stock in some very trek-friendly ways. The races you encounter are straight from the shows ( and books and other media, presumably). It all fits together quite well.

One glaring change is in the space-ship creation part of the game. In previous games I tend to limit myself to one or two designs for a class and spend a lot of time just upgrading those few types. In Horizons, there is much more detail in the components and ship classes. Now, this could be all part of the main game that I just missed (I have only been playing on and off from time to time and never progress very far before getting distracted by other things) but I am really liking the choices and it is making me consider having role-specialized class types instead of just top-of-the-line everything component selection.

I am enjoying this mod more than I expected!

I’m going to have to get back into this. I liked the game but kept getting stuck at the beginning of the mid-game because I was boxed in. Made it past a couple times but much like others got distracted. Will have to revisit it and maybe check this.

That’s usually where I get to. It requires a switch in strategy that I am always loathed to make. I love the exploration but when it comes to getting down and dirty with diplomacy and war I get a little bored

I tend to make bigger galaxies and fewer races. That way when I do encounter them I am already as big, or closer to how big, I want to be. This made it feel closer to Star Trek even before the mod came out.

One of the things that is great about the mod is that the races are predefined. One of the things I don’t like about vanilla is that when you encounter a race for the first time they just feel like a word salad - Oh look, they are rabbit people who are religious slavers who live on desert planets. Great. In the mod when you come across the Romulans its much more fun to decide if you want to try to ally with them or go straight to conflict.

Romulans are without honor!!