Originally published at: http://www.mudspike.com/sukhoi-100-superjet-ssj-100-for-x-plane/
Though initially released three years ago, the Sukhoi SSJ-100 SuperJet by Ramzzess has continued to be updated as X-Plane 10 has evolved. While firmly in the “bargain bin” realm of pricing when it comes to aircraft available for X-Plane, the SSJ is chock full of features and fun for X-Plane enthusiasts. The Sukhoi SSJ is…

Awesome jet! I had it for two days…used the wrong credit card and it didnt go through. But they gave me the download link so I was able to fly it. I will buy this again. One thing I do remember is I had hydro issues. Maybe it was just a random occurrence but I seem to remember not being able to get on of the hydro systems to pressurize. Like I said I had it for two days so I do need more time with it.

@weaponz248 - Thanks for the kind words. I saw that hydraulic issue last night when I was hunting around for what might be causing my roll. I noticed the split in the aileron position and even using the manual override to try to engage the secondary (and backup) hydraulics system wouldn’t cause them to come on. I wonder if Ramzzess will update the model to fix the bug… 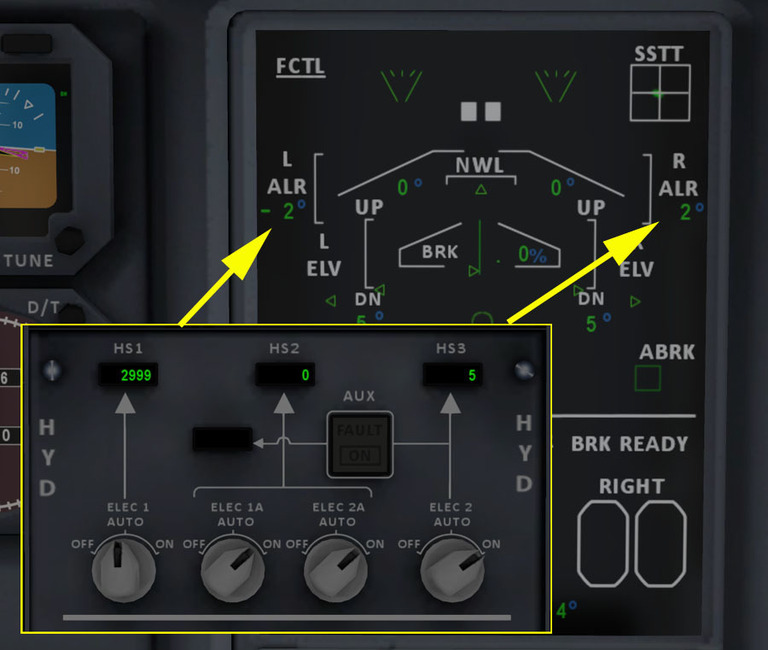 Yep thats the same issue I had. I dont remember see in anything about it on the support forums. I figured I did something wrong. I was flying from Houston to Dallas. I had to land halfway in between due to no hydro pressure.

I’ve actually been looking at this plane for quite a while. Haven’t touched X-Plane though in a bit but am thinking of getting back in. I just might have to get this plane. Great write up. Hope developer looks into and responds to issue you have brought up.

Hope developer looks into and responds to issue you have brought up.

@RedBravo65 Honestly - it is worth $10 - but I would also warn to wait and see if the developer updates it to square away the couple things that got broke in the last X-Plane update… They aren’t deal breakers, but it sure would be nice if they’d fix them…

@BeachAV8R one thing that I notice about the switches in the picture is the HS1 system has the elec 1 switch in auto. While the the HS2 and HS3 systems have the switches set to on. MIght be nothing but also might be everything. I thought I had a screen shot of this issues but I dont so I cant check my switches.

@weaponz248 - Yeah, I had set those switches to multiple positions trying to get the HYDRO systems to work. They default to AUTO (and weren’t working) so I tried the override/manual positions and that still didn’t work… Good eye though!

And good suggestion to check it out in Plane Maker… I just think if the X-Plane.org store is still selling the product, it should be supported. I’m fine if he’s moved on to other projects…but at least remove it from the store. Though for $10 I can’t find a lot of ground to complain on…LOL…