I’ve got parts for an Suncom Talon stick sitting next to my computer. I want to rewire with the board from a warthog with a bad trigger I’ve got laying around. I have absolutely no idea what I’m doing. I know there is a mega thread over on ED where people are doing similar things, but it might as well be in attic greek for as well as I understand it.

Is there place that can walk me through the basics of wiring a USB device so I can gain a basic proficiency with the concepts before I move on to creating my glorious frankenstick?

There’s no such thing as basic wiring for an USB device. You have just entered the world of infinite options and just as many standards and methods

There’s chips for you that handle the whole USB identification and handshaking part, but I have no idea what exactly you are trying to achieve?

The way I see it, you first need to empty the innards of the Talon stick, only leave the wires and switches in. Remove all the PCB’s you see, then have a look at how the warthog wires all the buttons by either opening it up or looking up the pictures online. Then wire the buttons from the suncom to ports that have the same function.

The ultimate goal is to have a stick that looks like a suncom Talon, but the computer recognizes as a Warthog Stick.

eed to empty the innards of the Talon stick, only leave the wires and switches in. Remove all the PCB’s you see, then have a look at how the warthog wires all the buttons by either opening it up or looking up the pictures online. T

Issue is that the Warthog and Talon PCB are not 100% analgous. The Talon is ooooooooooold, like PS2 old, and all of the hats and buttons on the top of the stick as well as the trigger are wired directly into the board. (https://forums.eagle.ru/showpost.php?p=2314562&postcount=2)

Now I’ve got no problems ditching the PCB board, but this means I’m going to have to find sensors that can be used as a pickle button, a castle switch, a trim hat, a trigger, and a generic second button. This is in addition to a few buttons on the side.

I don’t know where/how to acquire parts like that, and I didn’t want to toss any more money at this until I have an idea of what I’m doing.

I don’t know where/how to acquire parts like that, and I didn’t want to toss any more money at this until I have an idea of what I’m doing.

Yeah, you also aren’t going to find switches that fit neatly inside, I see they use PCB mounted monetary switches. Common as chips and easy. I’d need to read that thread to give you any meaningful advice.

So that is, in essence, the software equivalent of a protocol mapping problem. You want the Suncom stick inputs to be mapped to Warthog controls. So, one of a few ways this gets done …

Some of this may not be a direct translation. For example I do not know of the Hall Effect sensor inputs from the Warthog X and Y axis sensors could be replaced with the POT X and Y inputs from the Suncom.

The other way is to do almost what Troll has done. For this you ditch the PCB from the Suncom and use its switches and mechanisms and map this to a USB ‘input’ board (Teensy ++2). This is the same thing that most home builders do (example: hegykc on the DCS forums is using an Arduino (I think) to interpret all of the inputs and then put them out as a USB device). The switches get mapped to the ‘switch matrix’ part (looks like the left hand side of the picture Troll has posed above (pins C0/D0 through C7/D4) maybe?) while the rotaries get mapped to rotary control inputs (that bottom right set of mappings?). What you loose here is the ‘programability’ of the system as everything gets interpreted as straight up USB controls and you have a limited ability to have something like a switch do something more complicated than be a switch (IE: you lose Thrustmaster TARGET capabilities).

@fearlessfrog, is there anyway we can pull my last few comments and their responses to a new thread? I didn’t expect this to get so specific so quickly, and I have a ton more questions that I’d feel bad cluttering up @Troll’s topic with.

I have also one Talon in, I would say, almost new condition (in original box). I bought it second hand and still trying to figure out what to do with it. So looking forward to your journey

Wow, sorry I missed this.

Check with a local hobby electronics shop. Here in podunk Tucson we have two shops that have 10ft high bookshelves filled with catalogs of parts. It may take some serious searching but chances are better than average that you’ll find an equivalent part. I’ve often been able to find exactly the part I need in a bucket or on the shelf. Other times, a quick description of the part to the guy/gal behind the desk results in a catalog with a plethora of similar parts.

The trick is in finding the right shop. It won’t be a Target or Fry’s Electronics or anything like that - the shop you’re looking for has a rack of soldering irons at the door, spools of wire hanging on a wall, and an entire shelf dedicated to resistors. 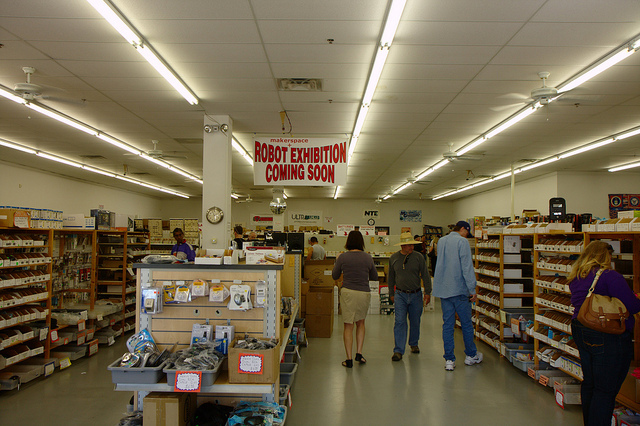