Super Hornet About to Get a Big Upgrade... 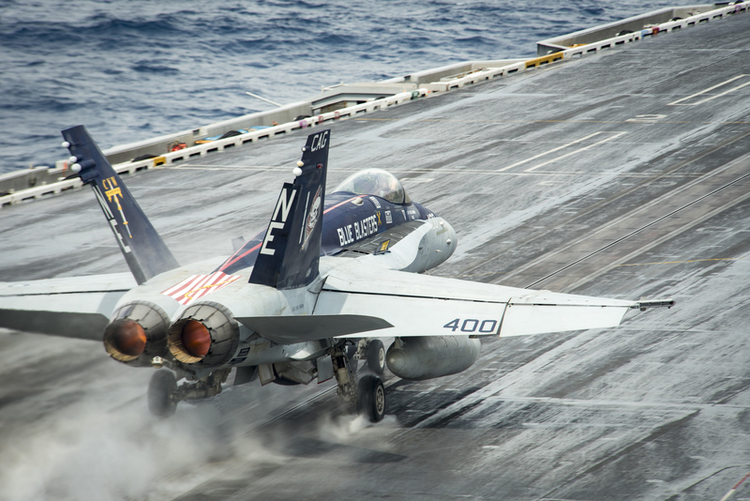 In the Navy�s recent budget request, the Navy finally funded the design an acquisition of conformal fuel tanks for the Super Hornet. With the potential to extend the range of the Hornet with a...

I really hope the Navy follows through with this. I think it’ll really be a great idea and it’ll fill a niche we’re about to start needing again.

I really hope the Navy follows through with this. I think it’ll really be a great idea and it’ll fill a niche we’re about to start needing again.

The Additional 80 Airframes to be Purchased by the Navy will likely be Block III Super Hornets, with all Block I/II Airframes getting upgraded to Block III Standard via SLMP

Is that going to include the EPE’s and fixing the goshdarned pylons?

what’s wrong with the pylons? Canted pylons will no be changed.

what’s wrong with the pylons?

Still, these are exciting upgrades.

canted doesnt affect anything, they have less drag than the legacy pylons.

Only thing it affects if Unguided Rockets, which will be replaced with APKWS.

canted doesnt affect anything, they have less drag than the legacy pylons.

My understanding is the canting is a significant contributor of drag when stores are attached.

It’s either the drag penalty or restrict the stores it can carry. Not sure which ordnance was finiky about straight pylons.

it was canted to resolve separation issues.

then determined the issues they were worried about are rare…

either way… they were canted for a reason, and the drag isnt as much as some articles make it out to be.

Been quite a while since I looked up anything on the Super Bug but the info I read ~10 years ago suggested that only certain types of ordnance had separation issues.

In any case, drag from the pylons is going to be minimal compared to the ordnance on them!

I wonder if anyone else has noticed a common theme about some of our most successful and useful weapons platforms in that they started out with serious deficiencies. The Hornet was an extremely short-legged fighter for a carrierborne jet, which are already notorious for having range issues their land-based complements don’t have.

The Advanced Hornet or Block 3 Super Hornet would make for a horrifying adversary in combat.

Some of that is due to Congress forcing the service(s) to pick from available resources rather than brand new projects. Defense projects get real fast in a hurry and they don’t benefit all congressional districts. End result is something that may not do the job as well as we’d all like, but beats the alternative – older equipment!

I’m just glad that the Navy is restoring fleet defense capability in its aviation assets. SAMs and CIWS systems are great, but it’s nice when you have the ability to take a crack at a target from a much longer reach.

I’m glad the Navy is getting the JSF, I really am. It’s going to make a big difference in getting airmen to the target safer and give the enemy a nasty surprise along the way. I realize it has its teething troubles, but it is an enormously complicated piece of machinery that is about to fill not just the roles envisioned, but probably dozens of applications for which its designers never intended its use. But, I am equally glad we are doing the smart thing and upgrading older, still useful gear to perform missions in the modern battlespace. I at least have the illusion that someone is trying to save a buck by squeezing every last little ounce of use out of what we’ve already bought with taxpayer dosh.

…They want to add a WHAT to the Super Hornet?

An SM-6 is really heavy, really expensive, and has a range that’s probably going to reach well beyond the Super Hornet’s radar. Ignoring integration and software issues, that seems like a bad deal, especially when late model AMRAAM upgrades are supposed to have greatly improved range and a slew of other improvements.

I recall similar things being said about the AIM-54. I would imagine that for ranges exceeding the capability of the Hornet’s own radar, some sort of datalink capability will be added.

I recall similar things being said about the AIM-54.

The difference there is the AWG-9/AIM-54 combo was always a packaged combo, the beneficiary of 14 years of development before introduction, having no less than two aircraft specifically designed around it. The more applicable comparison here is: 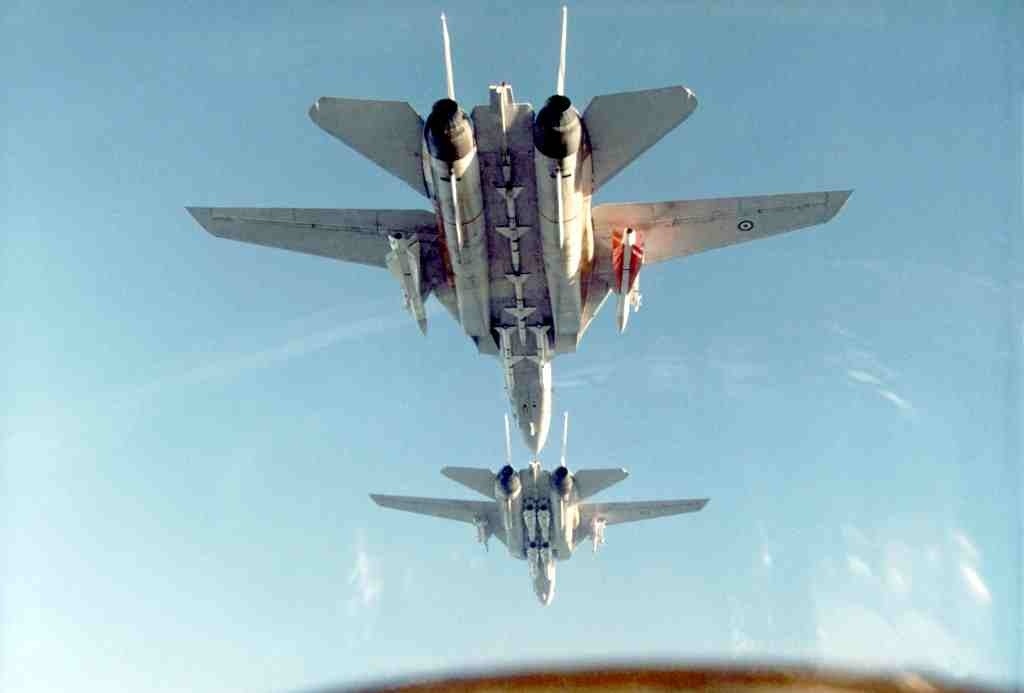 Of course I’d be more confident in the USN and RayRay’s abilities to make everything talk to one another, there are alot of unknowns and whatifs here. How heavy is the SM-6 without the booster? What is it’s range? SM-6 can utilize datalink for a OTH shot, but refresh rate on a mechanically rotated PESA/AESA is a bit pants, which directly limits the ability to facilitate missile guidance. How will a Hornet, which already has significant deficiencies getting above the Mach going to perform in the interceptor role with a naval SAM strapped to the wings?

What’s the performance/cost utility where the benefits outweigh those of the AIM-120D, which can already reach out >100NM, be carried in much greater numbers per aircraft, and costs half as much as an SM-6?

How much of this is because of the impending lack of cruisers to fill the anti - air role for the battle groups?

What a very strange article. There are a lot of defense news sites reporting on this but they all point back to this one article as the source. Has anybody seen an actual source on air launched SM-6, even as a study?

It sounds like the author was simply confused by the Super Hornet acting as the sensor in a sensor-shooter combo with ship launched missiles. That gets a lot easier with their Block III upgrade if I’m not mistaken.

In fact, there is a very good Command scenario called ‘Operation Brass Drum’ that allows you to play around with the NIFC-CA, Cooperative Engagement Capability concept. Having everything networked like this opens up a ridiculous amount of possibilities. My favorite way to play it is to run fleet defense with a couple F-35s. They flank the fleet, sniff out targets, and provide missile guidance via datalink. Then I shuttle Super Hornets in and out as big dumb AIM-120 carriers.

If they run out, I pop off an SM-6 from whatever ship is in the vicinity. The only required emissions are the datalink. Pretty slick and only one of infinite combinations that could work…

How much of this is because of the impending lack of cruisers to fill the anti - air role for the battle groups?

Upon re-reading it, I don’t think it says anywhere that this is something seriously proposed or pursued by the Navy. It reads like the author is proposing it. So I’d wager none of it.

The CFT upgrade is happening because there is no such thing as too much gas on a Navy jet, and as you know it just makes everything easier. Also Anti-A2D yada yada. The larger Block III upgrades have likewise been flirted with for some time. Now that the Legacy Hornets are getting flown into their graves, and the -35C is still just ever so beyond the horizon, I’d imagine you’ll see more those getting rolled into the existing Super fleet.

But SM-6s on Hornets is one of those things that looks good in passing, but has a lot of technicalities that I’d wager can’t just be brushed aside. As @bunyap2w1 also points out, there is a fair amount of capability that exists or is already in the pipeline that mitigates this.

As a parting shot, it’s a fools errand to try and make the Hornet a Tomcat. It wasn’t designed to be, and it’s never going to be a high performance air-superiority fighter/interceptor in the vein of the F-14 and F-15.