South America is an interesting continent. Limited defense budgets combined with an emphasis on countering drug traffickers and insurgency frequently mean they come up with some very remarkable compromises and demand service out of aircraft like few places do.

For example, Brazil retired their combat Meteors in 1972. The prevailing reasoning given is that British techs were sick of servicing these old aircraft and wanted Brazil to join the rest of the world in the Post World War era. Venezuela has a hand full of F-16As in its inventory and they seem as advanced as they were when brand new in '82. By comparison, Chile’s Block 50s are cutting edge. And when Brazil gets its first Gripens? No doubt the continent’s aviation nerds will flock to them as if it were a religious pilgrimage.

That said, you have to stand in sheer awe of the Bolivian Air Force’s Canadair CT-133 Shooting Stars. The Canadians produced T-33s built to a slightly higher standard than their American originators. The Bolivian Air Force didn’t just use them for training. To them, they’re interceptors and ground attack aircraft, as well.

And they literally just retired the last of them in 2017

Yes, the Bolivian Air Force was so smitten with Kelly Johnson’s little jet that they kept it flying from their initial acquisition in 1973 (at this point, it was already pretty long in the tooth and was in the process of being retired even in South America) and kept flying until August of 2017. The Bolivians seemed to adore the little jet for its qualities and its effectiveness for their needs. So much so that 20 years prior to its retirement in 2017, in 1997, they were sent to Canada for a good overhauling, inspection, and refurbishment. Then, in 2002, they had their cockpits upgraded with LCD displayed instrumentation.

Yes, in 2002, when many well funded and supported Western air forces were still relying on analog instrumentation, the Bolivians were putting glass in something designed in the closing months of the Second World War. I’m sure Richard I. Bong would have liked to caution them on their affection for the airframe. As for me? I think it’s strange to fly anything made prior to 1980 with anything but a six-pack.

So, why would Bolivia choose to keep such airframe flying? If you were to stretch out the history of aviation to match human history, the CT-133 would be downright medieval. It all boils down to Bolivia being very pragmatic with its defense expenditures. You see, South American air forces seem to make a pretty concerted effort to let each other know when they may be getting close to their airspace or even entering into it. This just comes with the living on a continent with so many nations packed in there.

Of course, it’s wise to not assume that your neighbors will always respect your sovereignty, but Bolivia sits right smack dab in between nations it maintains relatively peaceful relations with. So, the real concern for South American nations, even those that don’t get along like Colombia and Venezuela, are drug traffickers. You see, most of you probably know this though, drugs are an extremely serious issue in South America. Cartels hold a lot of sway and governments need to combat this in whichever way they can. 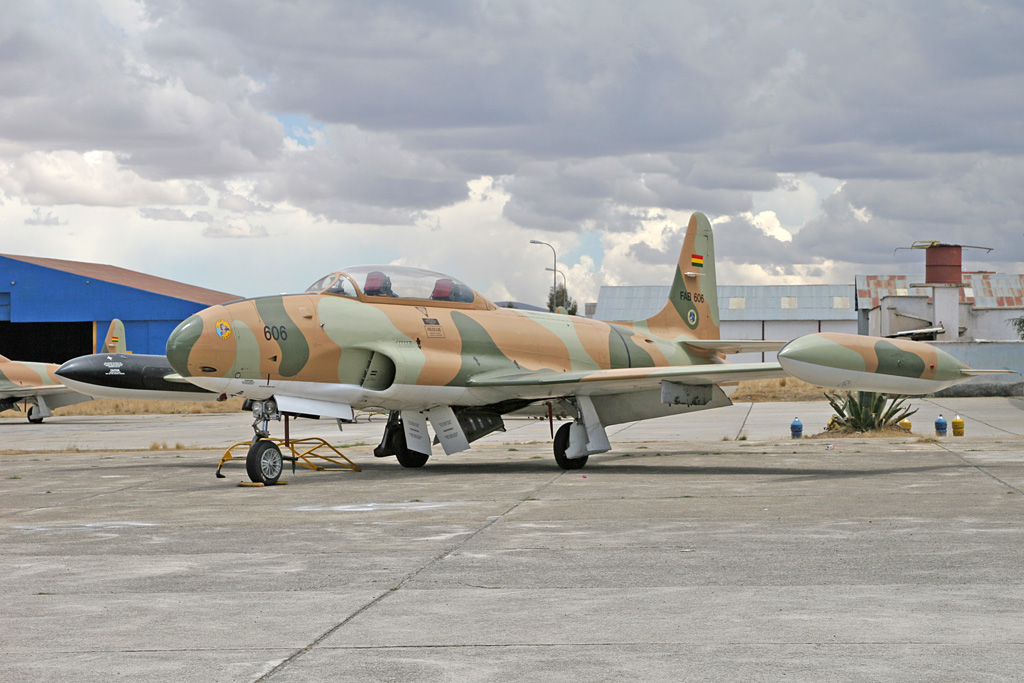 So, this leaves policy and doctrine planners asking themselves “What sort of airborne assets do we need if we are to combat this?” This is why we see Brazilian Super Tukes performing interceptions. The duties in demand for South American airpower seem to prioritize cost effective ground attack. When you consider this, it shouldn’t be any surprise that an aircraft as well crafted for the role as the Super Tucano came from South America. It’s also why the CT-133 soldiered on for so long. As I said, it was a pragmatic solution for the Bolivian Air Force.

When we think of an interceptor, popular thought turns to aircraft like the F-15 or Su-27. We think of something that carries a small arsenal of weapons and swimming pools worth of fuel so it can stay on station or climb like a scalded cat. But, this is a capability we seek when our threats are capable of high rates of climb and speed themselves. Or, they’re at particularly high altitude. Or we want them down before they even see our borders. For the Bolivians and their neighbors? Violations of airspace aren’t going to be done by a rogue squadron of Red Air Force hold outs looking to rekindle the old glory days of the Soviet empire by carving out a nation with their hold out Fulcrums in the middle of the continent. Although, that sounds cool as hell.

No, for a South American nation, that means a stolen general aviation aircraft trying to sneak over a border and find a prepared strip to land at or a clearing to drop containers of the booger-sugar into. So, do you really need an Eagle to deal with the threat posed by marauding C310s? The Bolivians certainly don’t think that. After all, the CT-133 lacks the grunt perform interception against any modern military air threat, but it’s certainly more than enough to deal with wayward GA traffic and drug smugglers trying to sneak their way into a country. It carries bombs, rockets, and machine gun, meaning it’s perfectly suited for ground attack as well.

In my limited experience and observation, simplicity yields dividends in longevity more than anything else. It’s why Hercs are still in production. It’s why C-46s, C-47s, and C-54s are still doing regular commercial service. It’s why the Huey will literally working long after you die. Seriously, the day you pass away, a Huey will be working. It may be in a poor country, it may be in a backwater, but it will be working. When you design an aircraft for a role that doesn’t require an immense degree of sophistication, like air-to-air combat demands, simplicity will ensure an aircraft’s success and make it all but ubiquitous. Places like Bolivia will look at an airframe, know it’s not the cutting edge, and still make the decision to continue its use simply because it suits their operational needs and demands. It’s good enough.

This is a lesson I think many DCS players should take with them. Obsolescence is an inevitability that all technology will eventually reach. But, obsolete doesn’t mean useless. Nor does it mean irrelevant. Nations that are neither aerospace powerhouses or obscenely wealthy can’t afford to update their inventories when ever there’s a new generation of any tech. For some nations, it’s fly MiG-21s or go without. So, for mission makers: what’s stopping a small, poor nation from using MiG-15s for ground attack? If you’ve only got F-86s, then you’ve got F-86s for airspace policing. After all, that’s something the Bolivians also did. Used in a similar capacity to their CT-133s, the F-86 was in Bolivian service until 1994.

If you can’t afford, you make do.

We all love to see how the american iron ( and aluminum) get their life span stretched in other parts of the world, especially here in south America. It happens […]

They served in the following units:

I’m sure Richard I. Bong would have liked to caution them on their affection for the airframe.

To be fair, that was more the engine than the airframe - and the CT-33’s used an entirely different engine anyway.

Cool write - up! It is interesting how one country’s leftovers are another country’s perfect tool.

Great write-up for sure! I remember reading in Flying magazine 10-15 years ago about a company trying to modernize the T-33 to make it a more capable transition to a modern jet. They streamlined the nose and tail giving it a surprisingly bad-a** street appeal. Never caught fire I guess. Well !Viva Bolivia! for keeping the faith for as long as they did.

That sounds like the Skyfox, which was acquired by Boeing in the mid-80s. You’re really underselling the appeal, too, it looked sexy as hell. It’s like an A-10 with aerodynamics actually placed into consideration. 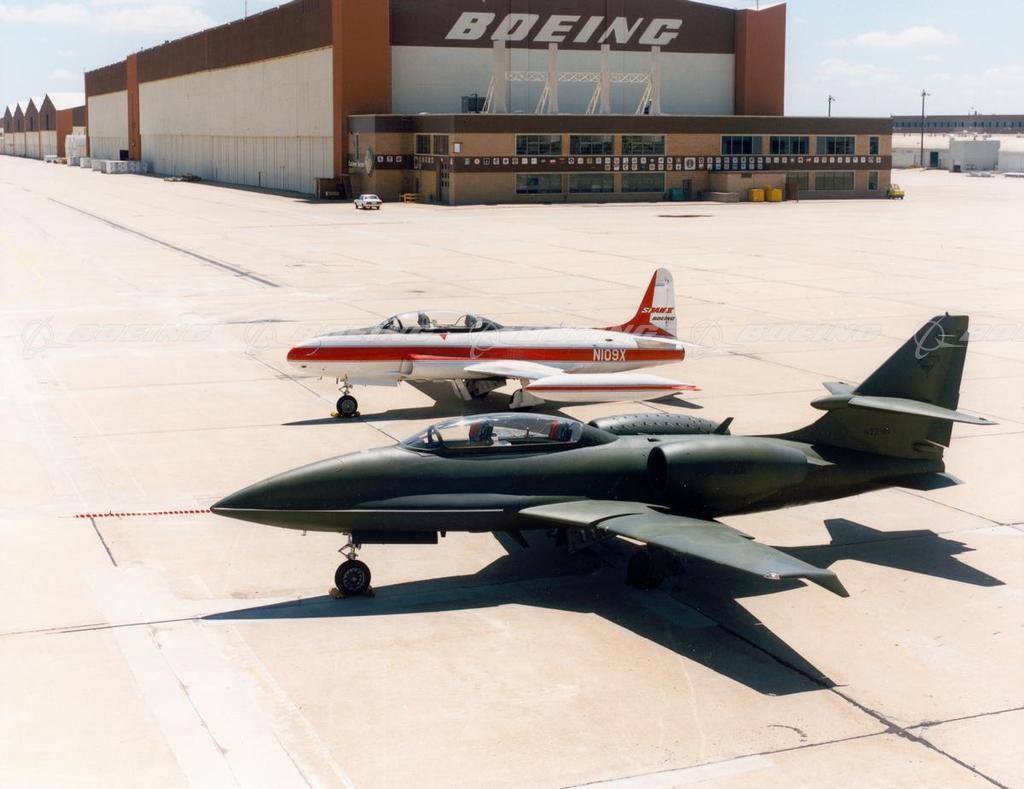 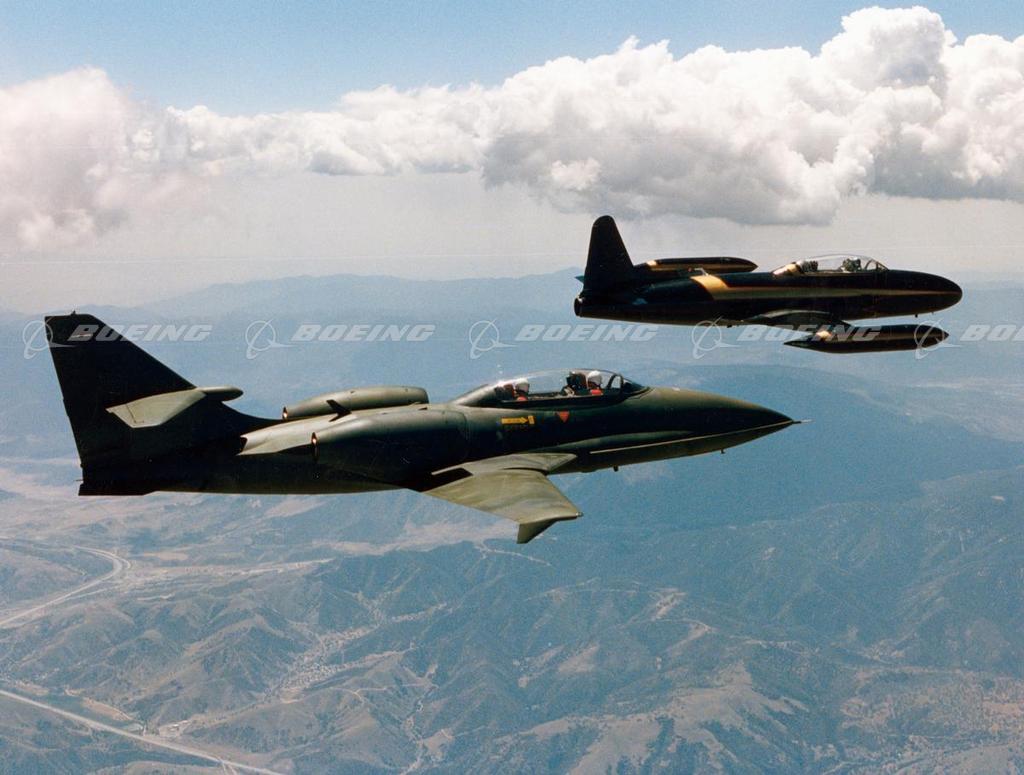 Also, for the sake of nerds that like numbers, I’ve included an addendum that breaks down what I could find about the Shooting Stars in Bolivian service. Either way, it was a fun little write up to do and I appreciate the reaction. I may do more in the future if I can find similar aircraft that find themselves a niche and just kept going. Let’s call it “Coal Burners.”

Consider looking at the Finnish Airforce, I know they have flown with a lot of the weird and wonderful aircraft out there! It was the only theatre the Brewster had any significant success as well!

Great writeup!
Yeah, the bottom line probably is: Bolivia is a very poor country and the jets just worked for them.

And that Skyfox: Wow. I want one. I know quite some obscure aircraft but I admit I didn’t know that one yet.

I came back to read this again. Great article. Makes me want to earn some money and try to find a Super Tucano to fly someday.

Admin! ADMIIIIIN! We got us a spambot here!

We got us a spambot here!

Deleted. Strange. The forum usually detects these and deals with them.
I guess one slips through the net, occasionally.
@fearlessfrog?

@discobot Are you on vacation? Time for you to start earning your keep around here. You don’t want to end up like Bender.