A test of the new Link posts described here:

Starting Topics With A Link Meta

New in a recent update of the forum was the ability to create a new topic just by pasting a link. You paste the link into the topic title and it does the rest: [image] It knows it is a link post and provides a handy direct link in the index pages as well [image] After 1500 posts you’ll have saved enough time to eat a donut or maybe even an apple. Life changing stuff I’m sure you’ll agree. Give it a go and let us know here what you think.

Ah, not so fantastic then.

DailyMotion has it unblocked here: http://www.dailymotion.com/video/x164gtn_the-fantastic-mr-feynman-bbc_creation

And he really was fantastic, and has some really interesting life stories. Some of my favorite involve his safecracking capabilities.

A great bongo player too. His autobiography is a good read: 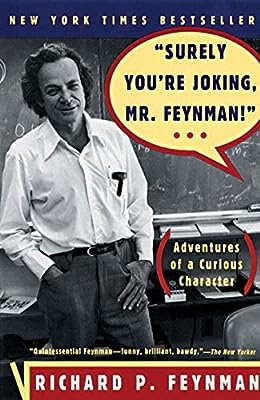 A New York Times bestseller―the outrageous exploits of one of this century's greatest scientific minds and a legendary American original. Richard Feynman, winner of the Nobel Prize in physics, thrived ...

A weird guy, no question. But he basically invented scientists intentionally talking in a way that other people actually can understand them. That’s a good thing.