I always thought the S-3 was a pretty cool looking aircraft. Shame it’s last Navy flight wasn’t a launch off a carrier… 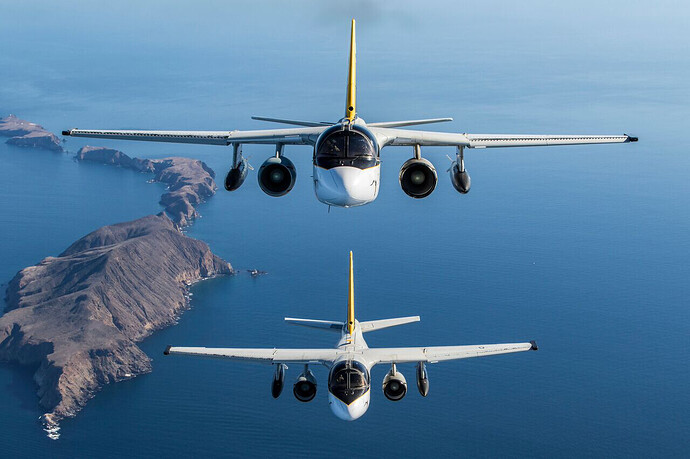 The last two U.S. Navy S-3 Vikings have performed the final Navy flight. After more than 40 years of service the last pair of S-3B Vikings took off for

So… what do they refuel with now?
USAF tankers for the big stuff, and for the smaller stuff just the buddy-refueling with Super Hornets?

@BeachAV8R
I only remember such a thing from the A-10 (from the book “Warthog”), but actually it fits the F/A-18 quite well, especially the Super Hornet. it REALLY does all that stuff. True multi role, which is what I like about the plane.

btw: Am I the only one who finds the A-3 is a nice plane design, just judging looks? IMO even nicer than the somewhat cute looking S-3.