Thinking of Buying an Aircraft

So, I actually don’t have much GA time, maybe a couple of hundred hours. I have a TW sign off
and close to 100 hours in the Citabria.

Back when I was living in KY, there was a great Tail Dragger club and I loved bopping around in the Citabria, but there’s nothing like that where I live now.

I don’t want to break the bank, but I do
find myself paging through Trade-a-plane looking at the Cubs, and the Champs, and the Ercoupes, etc.

I love the old planes, and I’m a fan of the stick, but the yoke is fine.

So, if you could keep it on the lower end, what plane would you buy, and why?

Something that would give me the pleasure of flight without being too pricey. If it’s too demanding and too costly, you won’t be flying it as much. Something aerobatic for me. A Citabria, Decathlon or similar.
If it’s too demanding I would worry about not getting enough practice in and would avoid those spur of the moment flights.

Kitfox or something extremely STOL-Y

Icp savannah, or of the same ilk.

It was like a lamborghini compared to the GA stuff im familiar with. Beguiling

They are really nice! Have a look at the Swedish Blackwing too… Just…Wow!
I just worry about the upkeep costs with all that finely tuned gear.

Absolutely stunning. What a lovely shape that is.

That Blackwing is nice!

I have a feeling that my choice is going to be far more…pedestrian.

I was eyeballing a couple of Champs and a Stinson.

The Stinson seems to be well regarded, but I was surprised to find that the Champ was reported to be a little, Spinny, which makes me a lot reluctant to put my wife in it.

Id love to fly a stinson

Longeze. But I am biased.

From Trade A Plane. 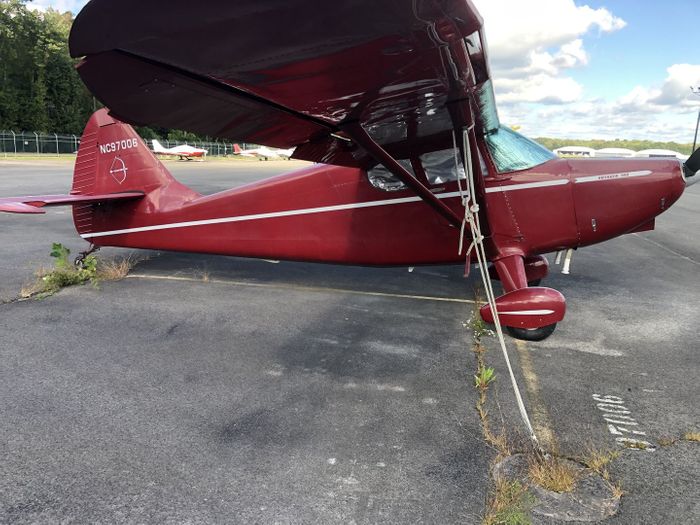 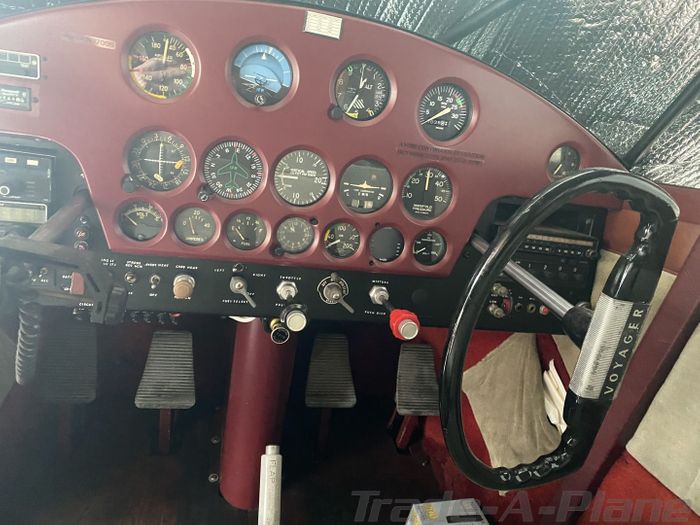 There is a nice one up for sale. It is tempting, I must admit.

How’s the upkeep on them?

The Luscombe and the Cessna C120 are both great fun and relatively cheap still. The Pitts S1C is a lot of bang for the buck and serviceable ones still sell for around $25k.

I think that we had a similar thread here a few years ago and we ended up with - a Citabria. But there are certainly a lot of options these days if you’d be happy with a bush plane.

The Pitts S1C is a lot of bang for the buck and serviceable ones still sell for around $25k.

Pitts would be a hell of a lot of fun. I guess I always figured they’d be more expensive.

Yeah, I’m a pretty big fan of the Citabria. The allure of an old classic pulls at me, but I just don’t know enough about choosing/servicing those older planes to not wonder what I’m getting myself into.

But a later model Citabria on the other hand.

Longeze. But I am biased.

agree here, but I am biased too… I own one for MSFS

Much better in the real world.

There’s a real nice one on Trade a plane. The cockpit is some serious business!

No PPL here but did try back in the day, also at RAF Kinloss (now ARMY base) flying club in a Piper Warrior III and Cessna 172, awesome experiences for sure, putting into practise my then limited PC Sim experience into real world practise, most everyone I flew with has home PC flight sim experience too of some kind.

Not trying to steal real Pilots thunder here and saying I could land a real 747 like in the movies, because I struggle to land even simulated ones at home here, I’m a GA simulation monkey and proud of it

The very first time I ever took control of a real Aircraft and this was before 9/11 and global clamp downs, was with RAF Kinloss flying club and it was a night flight from RAF Kinloss to RAF Luchears and a night pitch black outside flight too, was allowed to fly most of it myself and some of the approach and descent before Pilot Pete took over, at one point felty a little panicky because Pete had his head buried in charts, but I knew he was watching, the sheer feeling of pitch black outside and just a sort of blurry view of prop in front of me was a bit un-nerving, sort of a feeling of flying into nothing, got used to it on the relatively short flight though … marvellous times.

Pete was actually an RAF Nimrod Navigator as a profession at time but was well into his own training with the RAF for multi engine stuff piloting, he knew I was then … and this was about 1997 or 1998? into GA PC flight simulation and so was he, and I guess why I was allowed to do this, he was keeping a good eye on me for sure, it was all quite safe, but obviously, would never happen again … taking control first time on a night flight … no way … but it did happen back then and its one of my finest memory’s ever.

But if I could fly and had enough money and lived in a suitable area, it would probably be a light seaplane, an Icon A5 for causal sport flying, and or a de Havilland Canada DHC-2 Beaver for more suitable outback lake bush flying adventures.

Great story. I’d sell my sister for a Beaver.

And I don’t even have a sister!