I caught this old gem at an online auction site.
It’s a representative of flightsim gear that I wanted, but couldn’t afford, back in the days.
This stick seems to be in great shape! The gimbal feels nice and tight.
It has the old D sub 15 pin connector, which we stopped using ages ago, so I can’t hook it up and test it. Doesn’t matter though as this will be a small winter project where I will upgrade the stick with magnetic angle sensors and USB. Maybe a new 3D printed gimbal and try to incorporate the Thrustmaster style stick grip connector too…

In the meantime, enjoy these pics 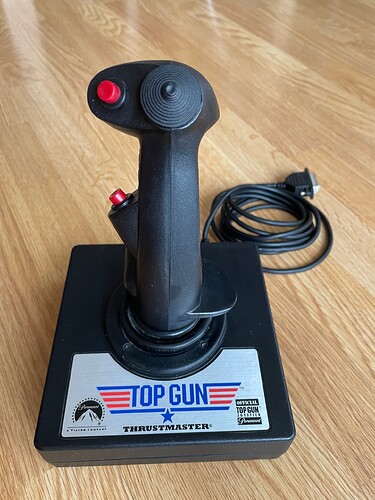 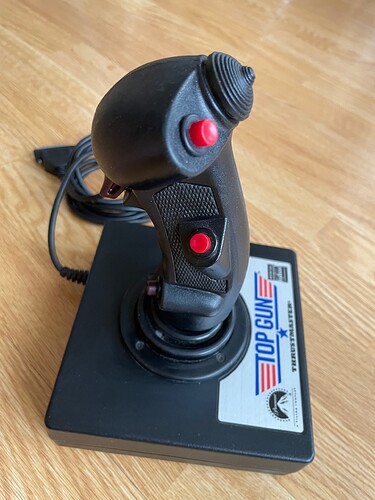 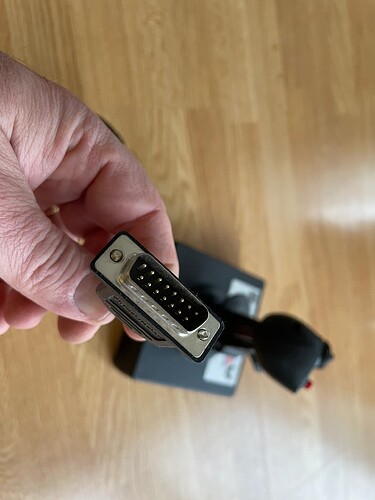 Much like the B8 grip from the F-4 and Huey. Cool find!!
Can you not find an adapter to convert the 15 pin to an USB for testing? Or not even compatible?

I guess that would be fun to just see if it works, but I don’t think I have an adapter. I know I did, years ago, but I should’ve spotted it when we packed up for moving.
I will update it with modern sensors and electronics anyway…

I had an old Logitech Extreme 3D up until just a couple of years ago that came with a gameport-USB adapter that let me use it for about 20 years.
The pots just wore out and I was able to use my X56 instead for space stuff so I just dumped it.

That adapter, though, only ever seemed to work with the 3D. I had a couple of other old gameport things around 10 years ago I tried to use with it and none of them were recognized.

That is such a Super Cool Nostalgic Find!! I love the simplicity of the Design…very 80’s

That adapter, though, only ever seemed to work with the 3D

One would think that an adapter that converts one standard to another, would be universal… Strange.

It is, isn’t it!
From when Thrustmaster became the flightcontroller gold standard…
I was still on my Amiga 500, when Thrustmaster started up, in 1990.
I had started to experiment with analogue joysticks for the Amiga, which was PC joysticks with a DIY adapter. Only a few flightsims supported this standard and Flight of the Intruder was one of them. But the TM sticks were way out of reach for me, as a student and because of having to import them with additional taxes and fees.

Here’s a great and informative stick modernization, for inspiration. 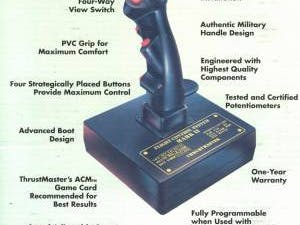 In the mid-late 90's, I saved up and bought a ThrustMaster P/C compatible joystick. After a decade in the closet, it's time has come. By Zachary J. Fields.

I have here Suncom Talon F15 lying around somewhere. wanted to ‘modernize’ it long time ago but after I realized* that the stick grip isnt 1:1 replica of the real thing I wasnt that much interested anymore

/* it isnt that much comfortable what made me curious as ‘how could this happen that real F15 grip is that nonergonomic’. after some googling realized the differences in proportions.

I had the Talon too! And the dual throttle. Gave them away to a guy on the SHQ forum, many years ago. That HOTAS was a breath of fresh air and one of very few real lookalike sticks, besides TM. I think their dual throttle was the first one on the commercial market, too…? 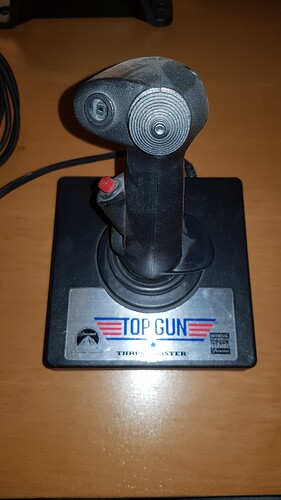 Mine was a gift and came in worse shape. Some button caps are missing.

It also came with another veteran: 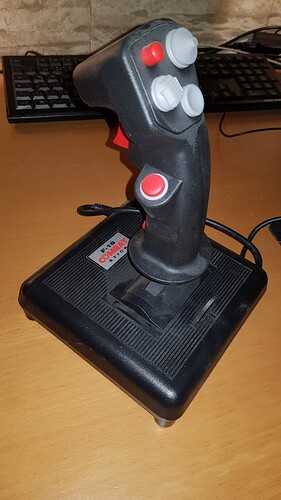 Yes. But thats all I know about it. I plan to build a retro PC with a game port and see if it still works.