Tom Clancy giving a lecture on the Hunt for Red October!

Best thing on the internet today!
Watch it! 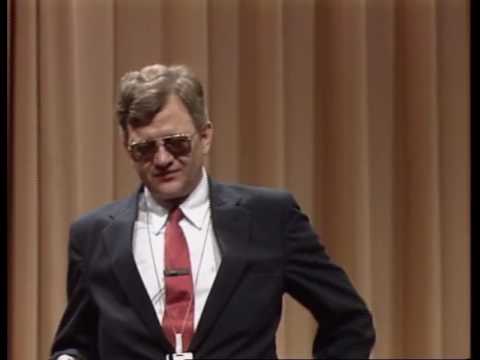 I should add that Clancy gets a bit political in there. It’s about the 80’s, so I think we can deal with it. If you think it’s too much, flag the post and I’ll take it down.

I’d forgotten about his friendship with Larry Bond. I also didn’t know how funny Clancy could be. Great stuff!

Thanks for posting. As someone who grew up in world narrated by Clancy, it’s been strange not having his voice around to make a bit of sense of things, fictional or otherwise. I’ve often wondered what he’d make of our late unpleasantness.

I’d forgotten about his friendship with Larry Bond.

I love the fact that his prime source of information was a computer game.

Correct me if I’m wrong, but initially it was a strategy miniatures game, wasn’t it? The computer version came out a little later.

I’ve only known it as a computer game. Was there another version?

I thought it was a tabletop strategy game (perhaps miniatures, but not required, in my head I vaguely remembered cardboard cutouts) as well. Is this a case of Mandela Effect?

Good memory you two. Maybe something like this? The Wikipedia LB page has a bit about it, circa 1980, which would be a few years before the IBM PC dropped. The computer game was first published in '89, so 9 years after the original miniatures Harpoon. 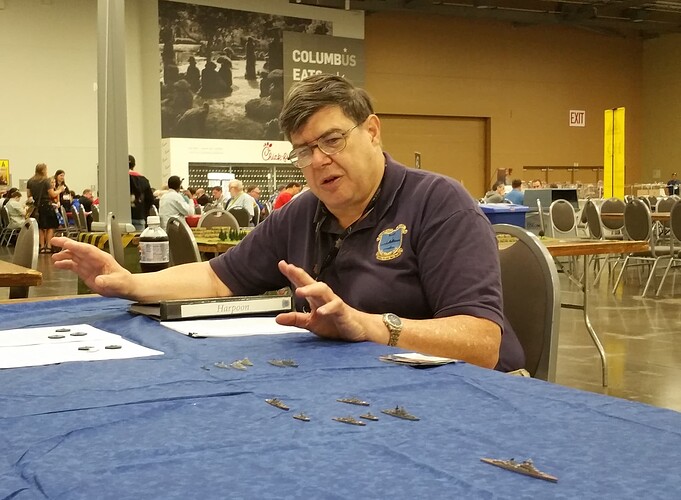 Yeah, Harpoon was a boardgame, back then. I’ve only played the computerized version too. I like how Clancy was contacting a friend of his in the FBI (Dallas) and the FBI guy’s boss said, “Tom Clancy is a spuuunge. (Texas accent) He’s gunna remember everything you say. He’s a spuuunge.”

Again, this post is probably highly political so please feel free to mark it as inappropriate. I just find Clancy to be super entertaining.

LOL! It just showed up in my YouTube feed after dinner.

Yes, OTOH Clancy seems to recognize all angles and considers both good and bad outcomes of policies.

The algorithms popped this up on my work computer yesterday. It’s a great listen, Clancy really was quite humorous and very brilliant.

I was reading his novels by age 9 or 10 and echo an above statement that Clancy’s world narrated my own.

I think I’ll start Cardinal of the Kremlin again this weekend, as soon as I finish Vulcan 607.